What kind of mine pit in northeastern Minnesota could make residue that turns water turn bright red?

Reading about turbidity, I came across this web page with the frightening image shown below.

Algal turbidity varies seasonally and with depth in a complex manner as discussed previously in response to physical, chemical and biological changes in the lake. Inorganic and detrital particles from the watershed vary largely in response to hydrological events such as storms and snowmelt.

Even relatively small amounts of wave action can erode exposed lakeshore sediments, in this case a mine pit lake from northeastern Minnesota. Can you guess what mineral was mined here?

Any ideas? I know there are bright red oxides of heavy metals like lead and mercury, certainly hope that's not the right answer. 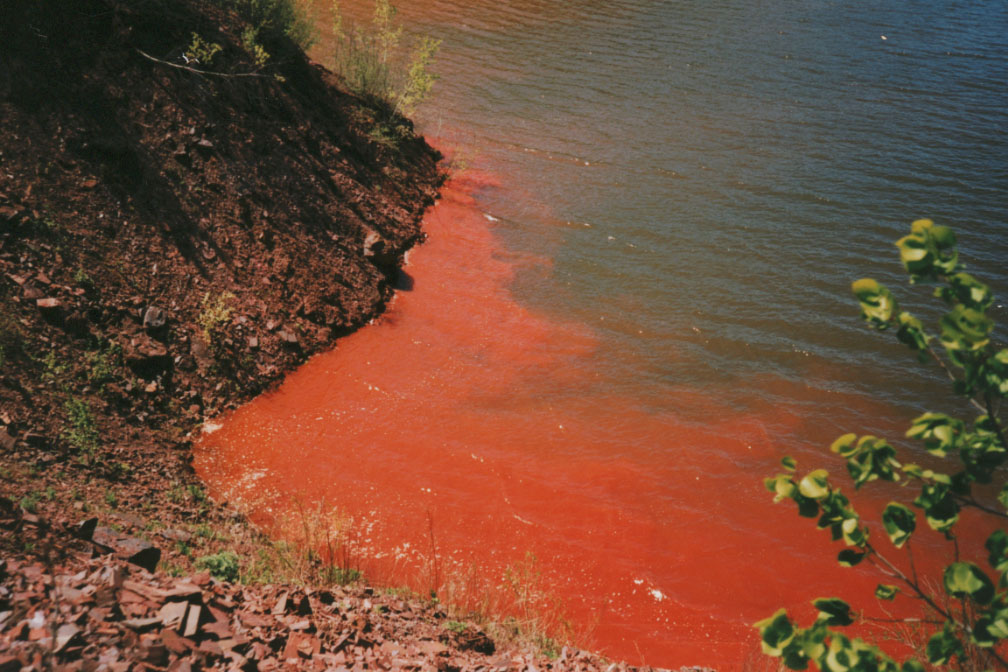 From the red stain in the water & the rocks in the lower left of the picture it looks like iron ore.

Also, the red stain in the water appears to be a colloidal suspension, consistent with minor erosion of a bank rather than an aqueous stain caused by water reacting with sulfide minerals in the bank.

Iron oxide gives the water its color. The Mesobi Iron range is located in Minnesota. It is very large iron deposit that is still mined today. 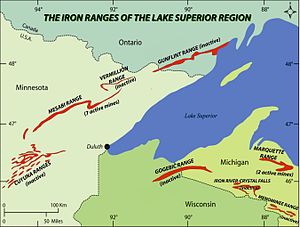 Not the answer you're looking for? Browse other questions tagged geology pollution mining or ask your own question.