Why is Thermohaline Circulation (THC) pivotal to life on Earth?

Thermohaline circulation (THC) is an instance in nature in which oceanic fluctuation of amassity, temperature and sodium matter is observed on a global scale. It is compared to and sometimes called the global conveyor belt due to its high propensity to transport vital environmental ecosystems across the globe. Yet, oceanographers have stated that less than 5% of the worlds' oceans has been explored. THC is also attributed to stratification of the planet's oceanic resources.

The question: Why is THC pivotal to life on Earth?

My answer is a bit off topic to your actual question, but addresses something you said:

I would venture that less than 5% of the ocean floor or deeper ocean depths is perhaps where less than 5% has been explored.

We've really been over the vast majority of the ocean surface at some point (and have tools like satellites that give us significant data on the rest). Here's the current location of floating buoys:

It looks pretty comprehensive near the surface! Still, there's often hundreds of miles between sites, so while it means we have\do cover a fair bit of the area (more than 5%!), we aren't everywhere at once.

And it's important to note that a a significant part of thermohaline circulations are near the surface, generally the red areas on this map: 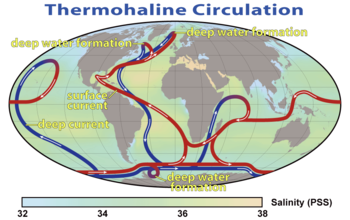 But the big thing to take home is that even where we don't have as much data, we can see the large thermohaline circulations well because of its scale and relative continuity. It's quite comparable to the upper atmosphere, where we also don't get data on large parts of the upper atmosphere, but can rather well diagnose jet stream fluctuations. Here's the upper air sounding network: 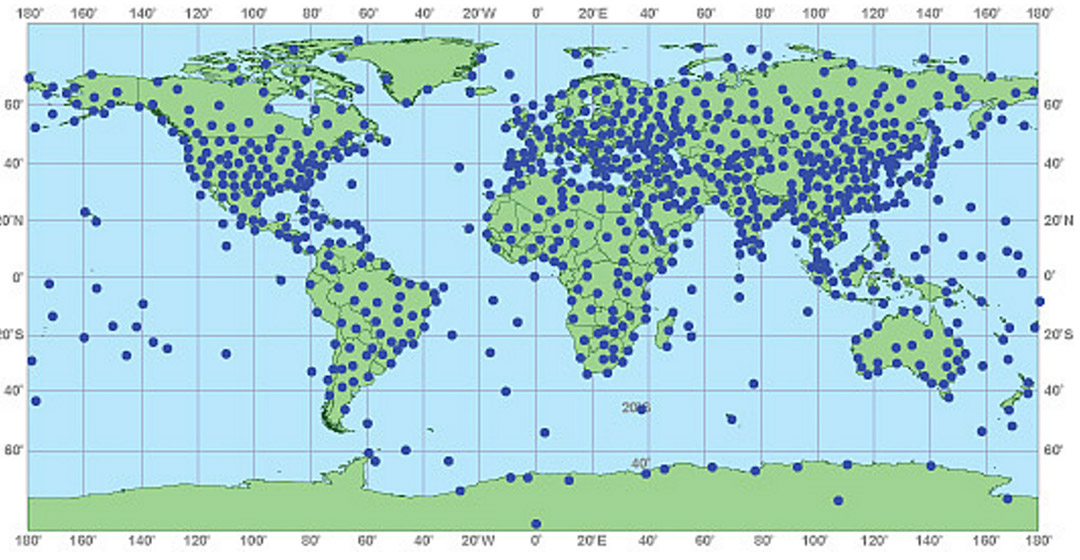 Both networks are aided some by satellite and ship/plane observations, but overall, despite fairly limited observations, the circulations are quite evident because of their size and impacts. So we have a pretty good handle on what's going on.

Hopefully someone else is able to better address your central question about why it is vital to life on Earth!

34
How and why did the oceans form on Earth but not on other planets?
9
How much is Iceland/Norway/Western Europe warmed up by the Meriodional Overturning Circulation?
6
Why does the meridional overturning circulation take the convoluted path that it takes?
19
Why does Earth have abundant oxygen in the atmosphere?
7
Why is hydrogen formation in serpentinisation an exothermic reaction?
5
Why silicon is abundant in earth surface?
7
Thermohaline: Why is cold and dense seawater salty when warm water holds more dissolved salts?
5
Is the gulf stream both a wind-driven current and part of thermohaline circulation?
1
Thermohaline current in North Atlantic