Are there gases from the Earth useful to generate electricity besides "natural gas"?

...is a naturally occurring hydrocarbon gas mixture consisting primarily of methane, but commonly including varying amounts of other higher alkanes, and sometimes a small percentage of carbon dioxide, nitrogen, hydrogen sulfide, or helium.

I saw the graphic below in the BBC News article Trump climate: Challenges loom after Obama policies scrapped. It lists natural gas as the source of about 33% of the US electricity generation in 2015, but also lists "Other gases" as the source of less than 1%. Presumably it is a meaningful fraction of that 1% or else the BBC would not have included it. While the source of the data is listed as the US Energy Information Agency, the graphic itself was prepared by the BBC if I understand correctly.

Are thee other gases available from the Earth that could account for this fraction of 1%? I don't mean gases that are produced during an industrial refinement process, but perhaps gases that were simply separated. Just for example could it be natural propane? The same Wikipedia article mentions heavier hydrocarbons, but I don't understand if these are already present in the Earth and just being separated, or if they are produced primarily as reaction products.

EDIT: Based on comments, a substantially different source of gas that was chemically similar to natural gas would still be of interest. So just for example, methane from a bog should count in this case, since it does not involve many of the geological processes involved in the production of fossil fuels (e.g. the same timescales or temperatures). 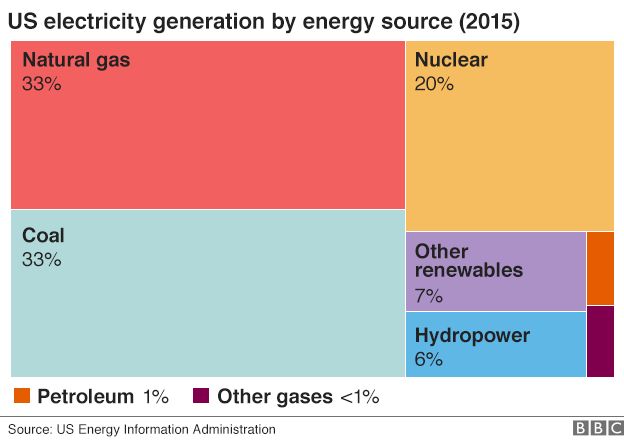 The category "other gases" may not solely include other naturally occurring gases extracted from the Earth.

As you state natural gas is predominantly methane, extracted from the Earth.

Another type of gas commonly used is petroleum gas, which is prepared by refining petroleum of wet natural gas. Petroleum gas is propane or butane.

Coal gas, which was manufactured from coal and largely consists of hydrogen, carbon monoxide and methane, is no longer manufactured or used.

Another type of gas that could be included in the category is biogas, which is a manufactured gas made from biological waste products, such as: manure, sewage, food waste and green waste. Biogas is predominantly methane.

Fred's answer looks correct, but in this case, the source is right there under the chart.

US Energy Information Administration (type "other gases" in the search box)

Explained here in the footnotes

Other Gas includes blast furnace gas and other manufactured and waste gases derived from fossil fuels.

0.3% if anyone is interested. Prior to 2011 the definition of other gases was different.

LPG ( liquid petroleum gas) is primarily produced with "natural" gas. It is separated from the methane by condensation ( in "gas plants" ) because it is more valuable . It does not require pipelines for distribution ; ignoring the fairly recent development of LNG ( methane) facilities. "Earth" gas seems a strange term; There are wells that produce primarily CO2, There are wells that produce 75% H2S - Pincher Creek Canada ,( I believe Shell has a field in LA that produced more than 75%.). And do the sub-sea hydrates count ? Some references say they hold more methane than all traditional sources. The CO2 is used to help flush oil and gas from traditional wells so thereby could ultimately generate electricity. My point is that TV "mockumentories" are not a good source for comprehensive facts.

To add on to Fred above - There is something called 'Underground coal gasification' where you basically react coal with steam and oxygen underground to produce a stream of carbon monoxide and hydrogen (plus minor methane). This can then be burnt as fuel or used in Fischer-Tropp manufacture of hydrocarbons.

If you watch older British ( and some American )films you will see large gas accumulators ; typically 50 M in diameter and in height with external steel framework which permitted them to rise and fall depending on storage volume. This was called "water gas" which sounded better than coal gas. There are some "fire flood " fields to produce regular oil and gas ,And kerogen ; air is blown down some wells to burn oil/gas in situ and oil and gas are produced at other wells. Usually the air is alternated with water to also get a water flood.

Not the answer you're looking for? Browse other questions tagged gas fossil-fuel or ask your own question.

15
What causes "hydrocarbons" to take the form of petroleum versus natural gas?
12
What's it like inside a natural gas cavern on Earth?
0
Are fossil fuels really formed from fossils?
6
Are there probably decent oil fields located in the middle of the ocean?
10
What is the most important source of natural gas? Coal, oil or other?