Why should this be a thrust fault?

Why should this figure represent a thrust fault?

I know this might be a stupid question, but I really want to understand. Since thrust faults are reverse faults why in the figure above if we turned the photo 90 degrees clockwise like this

we don't get the same shape as this 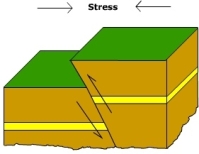 A thrust fault is just a reverse fault with a shallow fault angle. 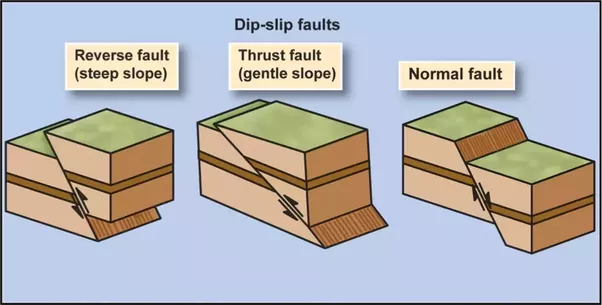 Pay attention to how the bedding planes move relative to each other notice how they begin to double up in both forms of reverse fault, while in a normal fault sections begin to disappear in the middle, being lost from hypothetical drill core entirely. In the reverse faults if you drilled down through the blocks there are areas where you would drill through the dark central bed twice while in the normal there are places where you would never hit it at all.

Not the answer you're looking for? Browse other questions tagged structural-geology or ask your own question.

20
What causes intra-plate faults, such as the New Madrid fault?
6
What geologic features could this video game environment be modeled from, and how do they form?
3
How to determine if this fault is normal, sinistral?
4
State of Stress in rotated 2D system
2
Why is Venus so cracked?