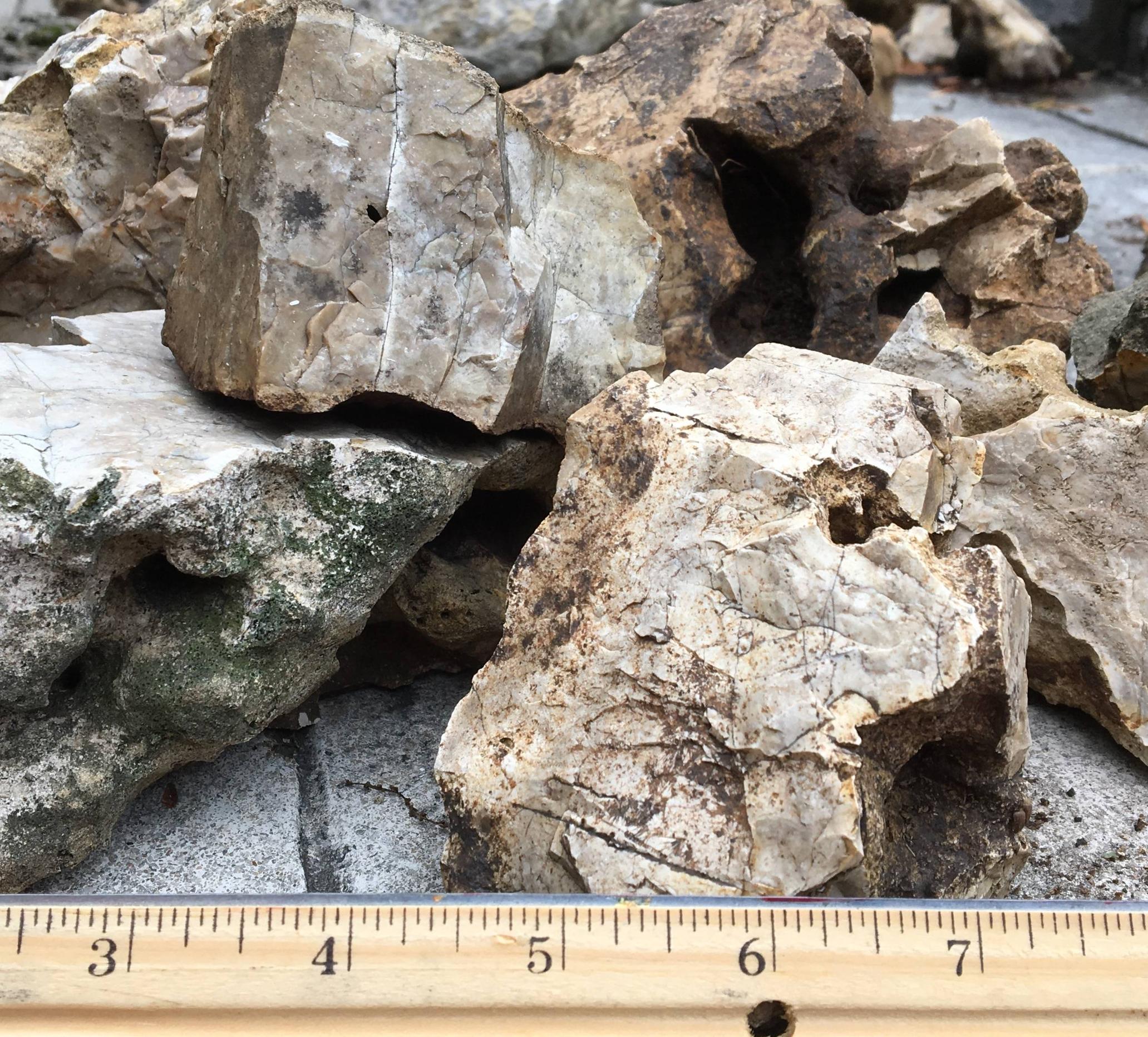 Could use help identifying this rock. It's face has some variation in color which ranges from cream to caramel. (Some variation could be from different exposure to the weather.) The rock face is satiny smooth, a contrast to the limestone that it seems to be found with. It reminds me of arrowheads I used to find in North Carolina .

There are a limited number of rock specimens at the base of a limestone outcropping. The chunks of varying sizes are uniformly about two inches in height, as if they were part of a vein with other material above and below. The "top" and "bottom" of the rock is coarse like sandpaper and there are nodules and circular pits more than an inch in diameter.

The rock is dense and heavy for its size. It readily cleaves along vertical cracks, but not so much trying cleave it perpendicular.

Describe where you found it

I found the rock(s) on the surface of the ground in a wooded area near the top of a small hill (900 feet above sea level) in Davidson County, Tennessee not far from the Williamson county line. The area has numerous limestone outcroppings, much of the limestone is embedded with brachiopods, bryozoans, cephalopods, crinoids and a variety of corals.

The pieces of this rock are scattered in a forested area that is 100 by 200 feet below a limestone outcropping.

The rock is hard and dense. A brass key leaves brass on the rock. So does a stainless steel knife and the base of a cocktail glass.

I have a large piece of smoky quartz that etched the faces of the rock leaving rock dust behind when rubbed with the quartz. The quartz was undamaged 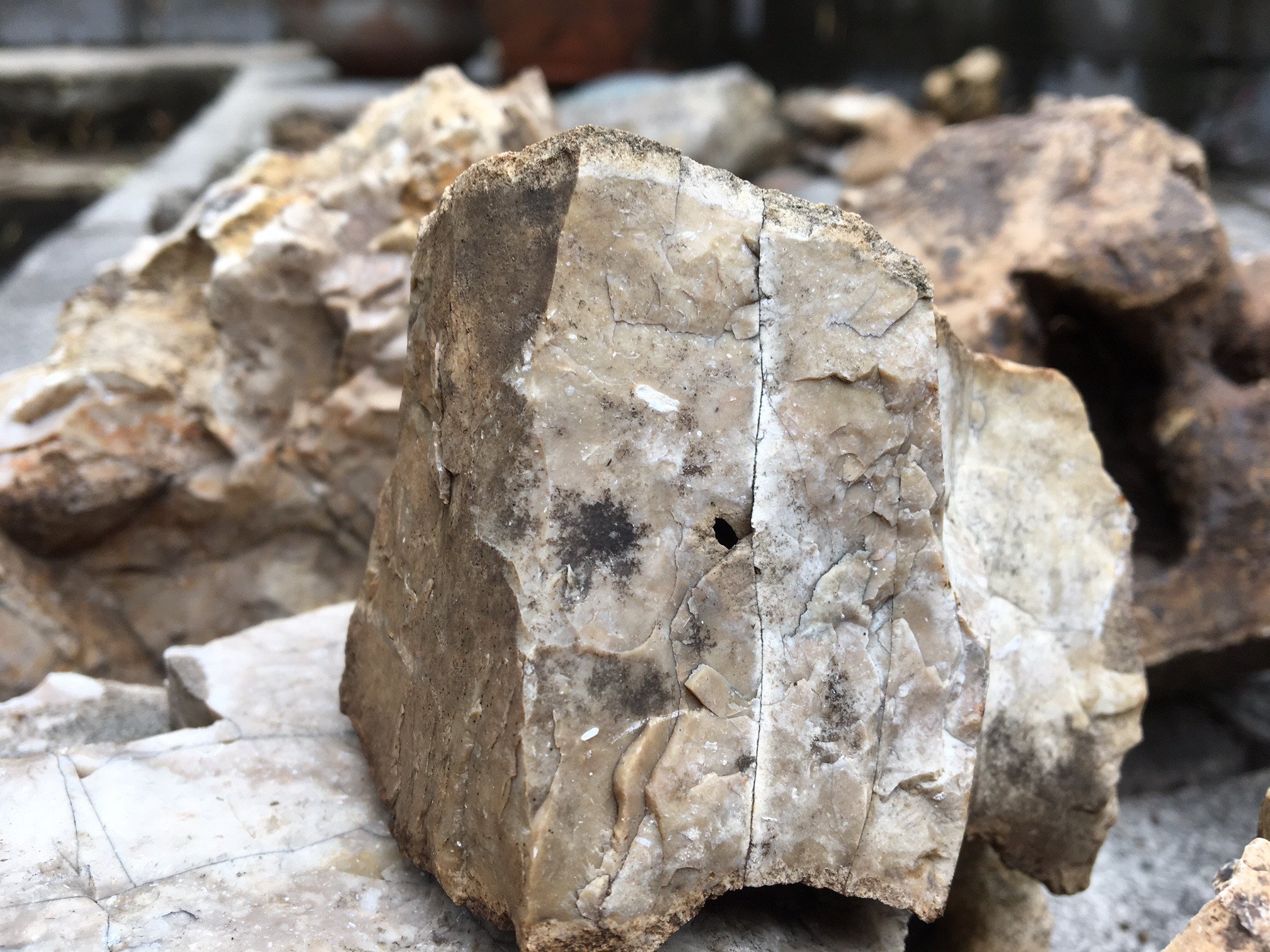 Your rock is most probably dolomite (or dolostone among some circles). Here's why:

Not the answer you're looking for? Browse other questions tagged geology identification-request sedimentology limestone regional-geology or ask your own question.

4
Fossil or Beef Limestone?
9
What is the global distribution of oil filled geodes?
5
Geological feature - what is it?
7
Could the Grand Canyon be flooded by the ocean if it got deep enough?