Why is this area colder than the surrounding hotter area?

I was looking at this website and surprised to see that a cold area is surrounded by much hotter area. My understanding is that from the equator the more north/south direction one goes, the colder area one would encounter.

But why this colder place is surrounded by hotter area?

The Himalayas and the Tibetan Plateau have high elevation and temperature drops with altitude up until the tropopause. The temperature on the map is measured and modeled on the land surface, regardless of elevation. You can also see that the temperatures in e.g. Ethiopia and the Caucasus Mountains are lower than surrounding lowlands.

At latitudes around 30 degrees (north and south), the air is dry and hot due to global circulation pattern. The weather patterns are also controlled by the topography, humid air can't pass the mountain range as it's forced to an altitude where the temperature force it to condensate. That is why the Gobi desert is hot and warm in the summer.

I hope this answers your question.

Look at how similar the elevation map is of the region:

As tbb noted, the band near 30 north/south tends overall (climatologically) to be drier and hotter due to descending air caused by the Hadley circulation.

As to why this area stands out in comparison with other locations at the same latitude, the moisture in the air has quite a bit to do with it: 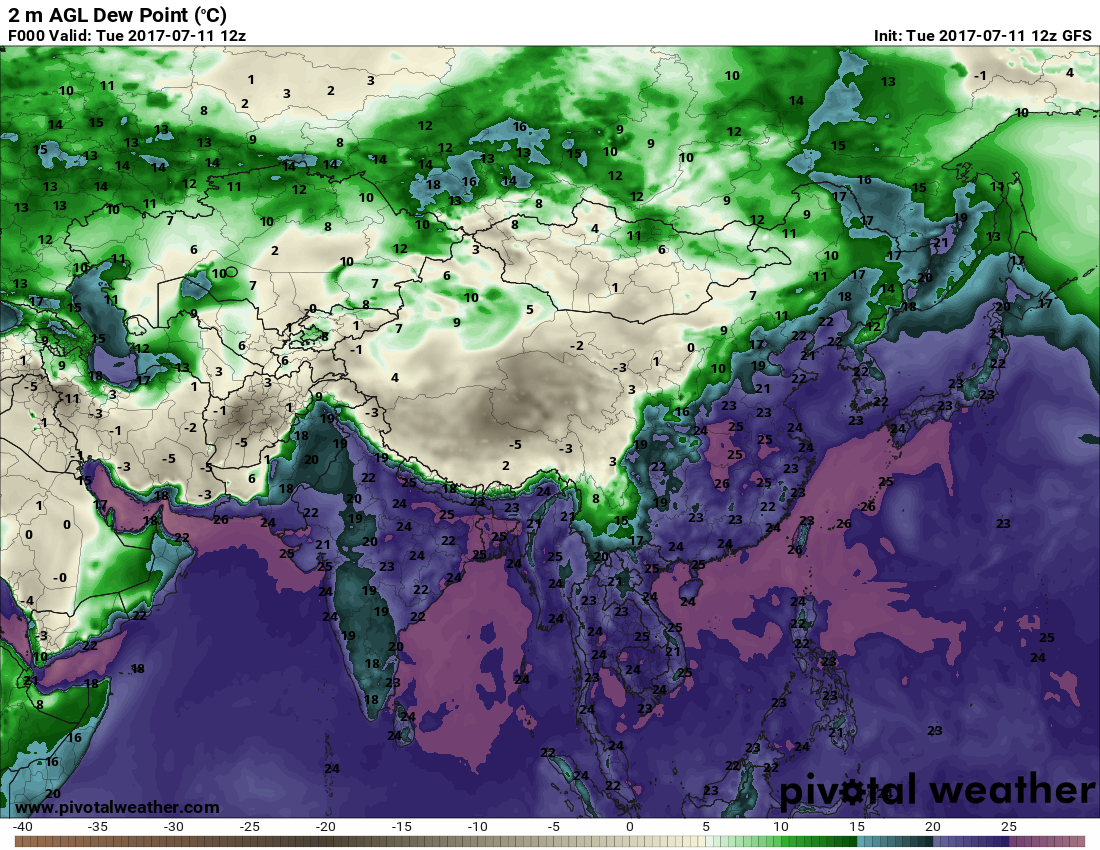 Indeed, you can see it is fairly dry over parts of central and western China compared to many other places, such as eastern China and back nearer Europe... due in part to the affects of the mountains and distance from large bodies of water... though you may also notice other spots to the west do show comparable moisture for this date despite producing lower temperatures.

And then wind direction gives one final explanation why it's not as warm further to the west: 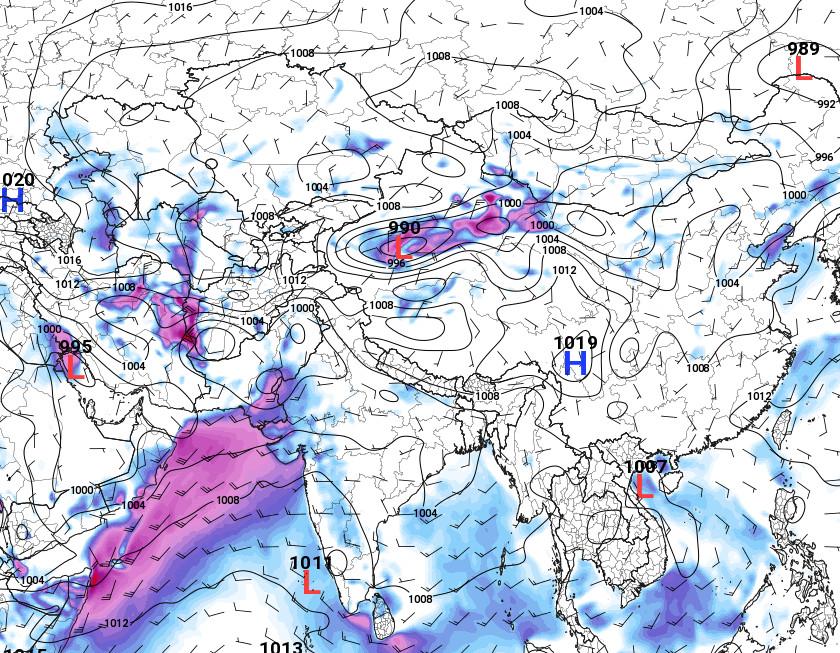 The northerly winds have been in place for a while back in Kazakhstan and Uzbekistan have brought slightly cooler temperatures down from the north, whereas the flow into China is less consistent and has only recently started shifting. Even in the summer, wind changes and even fronts are still often very important in the temperature layout.

18
How do I explain why the Tibetan plateau is colder than lowlands at similar latitudes?
32
Why does Coriolis determine the rotation direction of a cyclone but not my drain?
11
Why is the South Pole colder than the North Pole?
4
Are you more likely to get a sunburn at the pole than the equator?
10
Does the global temperature vary daily (hotter and colder days)?
4
What is the most optimal latitude on Earth for the generation of extreme maximum temperatures?
2
Why is the weather in San Francisco so different from that in San Jose?
12
Are there some places near the equator that are hottest in their winter and some that are hottest in their summer? Is there a map of this?