How much is Solar Radiation effected by Axial Tilt or Obliquity?

I know that the Axial Tilt of Earth is about 23.4° - 23.5°. And I would like to know how much this change effects Solar Radiation for particular geo-location.

What is the Axial Tile change rate? How often or how fast does it change? How much precision do we need when we calculate Solar Radiation for Weather forecast?

Check out this matlab program that is presented in a paper by Kostadinov and Gilb, 2014. The paper is worth reading, and they have their full matlab code in the "supplement" link (top right corner under downloads).

The code launches a GUI. From it you can control the values of obliquity, eccentricity, precession, total solar irradiance, day of year, calendar start year and end year, and latitude. Section 2.1 in the paper explains the coordinate system.

I don't think anyone could answer off the top of their heads the question "what is the difference between 1920, 1939, etc... of solar radiation at a particular geo-location". But with this program, you can mess around with the data and find out. So let us know what you discover! (ps, if you don't have Matlab, you can probably use this in octave which is free).

Here's a screenshot of the gui 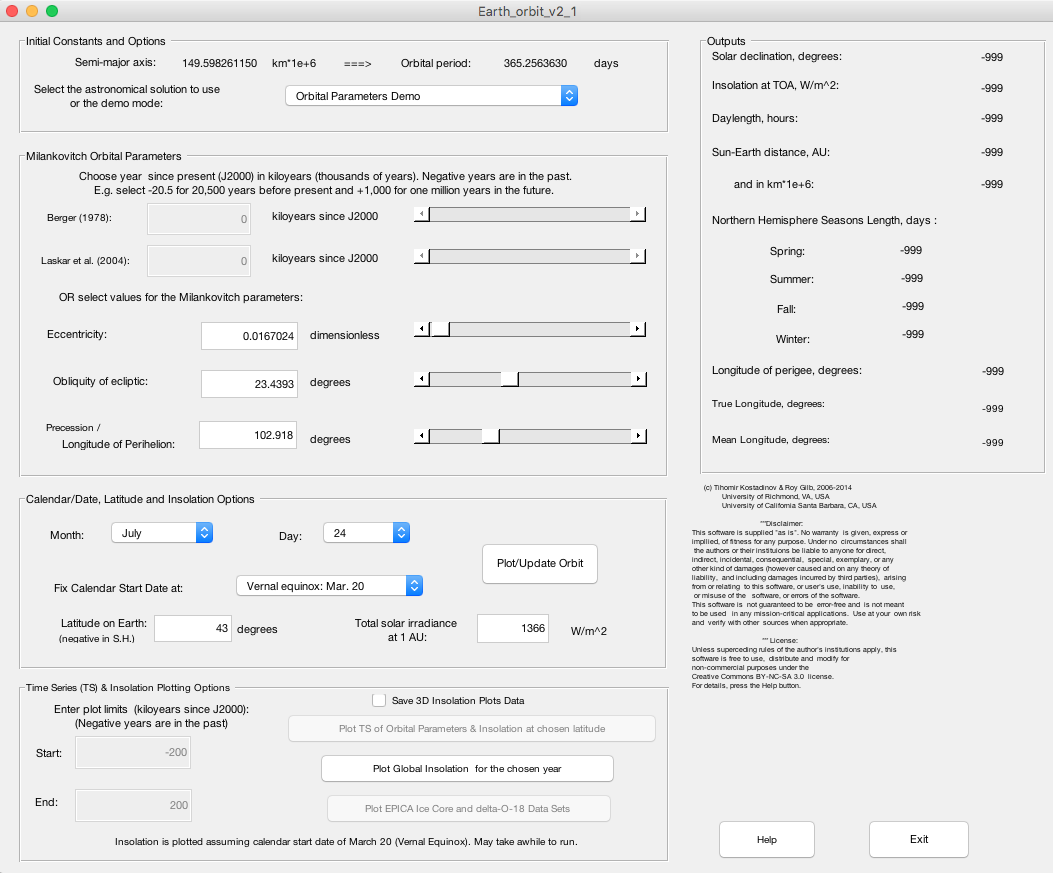 And here's what some of the output looks like 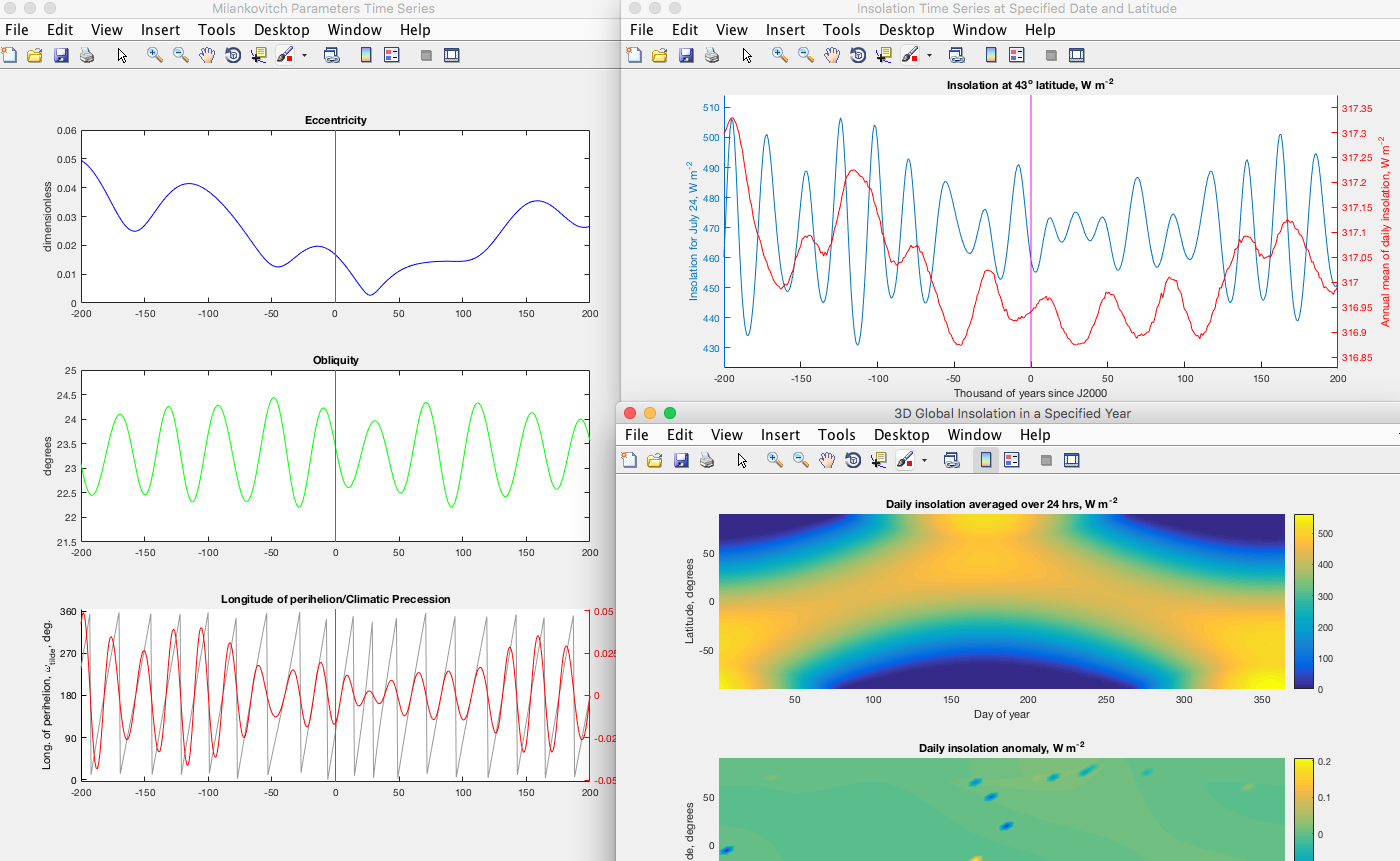 Here's some alternatives to matlab:
1) nasa has online calculator that spits out raw text tables of insolation.
2) If you are savvy with fortran then you may like this fortran code.
3) The fortran code above also has an online interface
4) If you like python, then you may like this python code, climlab, where there are detailed instructions here on how to use the code and visualize the information.
5) If you like R, then try palinsol which has a little documentation here.

From 1984, the Jet Propulsion Laboratory's DE series of computer-generated ephemerides took over as the fundamental ephemeris of the Astronomical Almanac. Obliquity based on DE200, which analyzed observations from 1911 to 1979, was calculated:

where hereafter T is Julian centuries from J2000.0.

JPL's fundamental ephemerides have been continually updated. The Astronomical Almanac for 2010 specifies:[15]

These expressions for the obliquity are intended for high precision over a relatively short time span, perhaps ± several centuries.[16] J. Laskar computed an expression to order T10 good to 0″.04/1000 years over 10,000 years.[12] All of these expressions are for the mean obliquity, that is, without the nutation of the equator included. The true or instantaneous obliquity includes the nutation.[17]"

Source: Wikipedia - Obliquity of the ecliptic

From historical Total Solar Irradiance records there is evident, that the great changes of TSI doesn't correspond to the Axial Tilt.

Not the answer you're looking for? Browse other questions tagged meteorology weather-forecasting astronomy axial-obliquity or ask your own question.

8
Could Earth have had a greater axial tilt?
17
Can climate models reliably predict meteorological extremes?
13
Climate on an Earth without an Axial Tilt
5
Where can I find solar radiation data for specific land areas?
2
How will axial precession affect the weather in the northern hemisphere (UK latitudes)?
6
Axial Obliquity and Climate Change
5
How much and what kind of radiation passes through a cloud?
5
How to calculate the solar radiation at any place, any time
1
How are climate regions caused by both axial tilt and also by climate circulation cells?
1
Relationship between rainwater and solar radiation