What are some regions where land-living island animals have left fossil records within the sea, of the coast of the island?

What are some examples of fossil sites where land-living fossils end up in the sea, off the coast-line of an island? 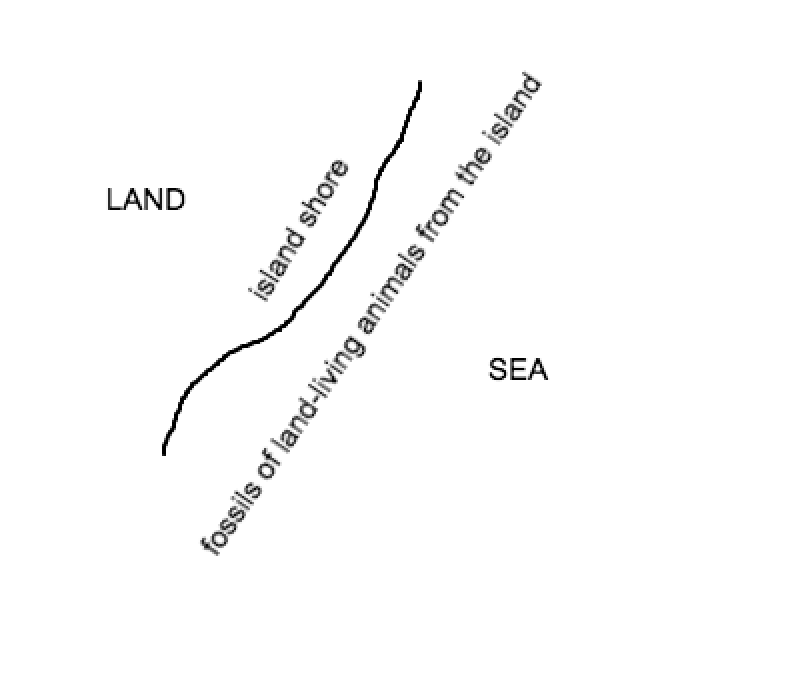 Two sites in Australia, at opposite ends of the continent, that have such fossils are Cable Beach in Broome, Western Australia (in the north west of the Australia) and Dinosaur Cove, in Victoria (in the south east of Australia).

The fossils in Broome can only be seen at low tide and are of dinosaur footprints from the Cretaceous period, about 130 million years ago.

Dinosaur Cove has yielded bones that lead to the discovery of hypsilophodontid-like dinosaurs as Leaellynasaura amicagraphica and Atlascopcosaurus loadsi, and a Coelurosaur, as well as fragments of what may be a caenagnathid (relatives of the Oviraptors)

Other information can be obtained from:

Not the answer you're looking for? Browse other questions tagged geology paleontology fossils or ask your own question.

11
What periods of the fossil record are most lacking in specimens?
9
What geological processes can cause local biases in the fossil record?
8
Is the Principle of Fossil Succession accurate?
0
Are there any geological periods found on top of each other that have dinosaurs of that period with in them?
8
How can I learn to spot fossils and fossil-bearing rocks on the Jurassic coast?
4
Do you have any informations about fossil-rich cherts from Scandinavia?
12
Why are many fossils found in deserts?
2
How quickly can coral fossilize?
3
Donation Options for Fossil and Mineral Collection