How did Australia separate from India?

I've looked around a lot online and I can't seem to find a specific reason, and my science teachers weren't much help either. Supposedly they once sat on separate plates, and diverged from each other, with a mid ocean ridge spewing out sea floor between them. If this is the case, how did they fuse together? Also, I believe that Australia is currently moving towards India as well. Do convection currents change direction?

They don't really share a plate, now they did for a long time and the boundary between them is rather recent but they are separate plates.

BUT this was only discovered recently, recently as in 2012, so older references treat them as the same plate. The "indo" in indo-australian plate is being dropped from more modern references. 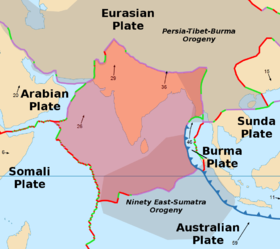 The two plates are moving in almost the exact same direction and speed, so it is easy to see why it took so long to be discovered. Almost is also the key, the forces separating them up is rather weak, tectonically speaking, without a lot of heavy volcanics so the separation is very slow. Now they were not tightly connected to begin with, so there is no continental fault between them. Spreading centers 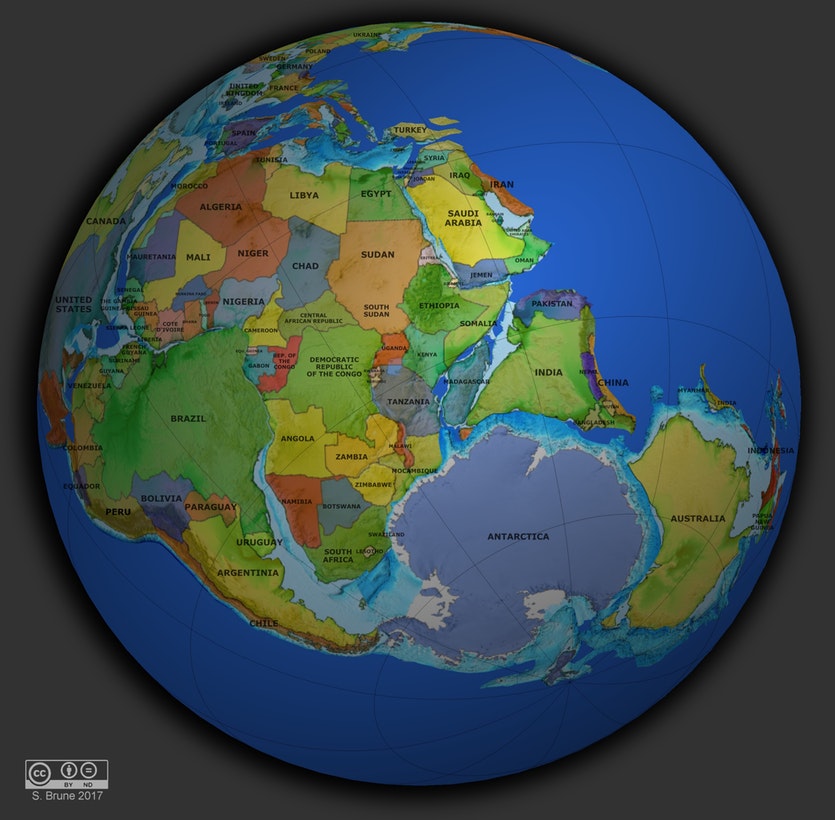 19
How did Earth's plate tectonics start?
21
What caused the bend in the Emperor/Hawaii chain of islands, 45 million years ago?
11
What is the tectonic setting for the formation of the Great Dividing Range in Australia?
6
What was the likely composition of Earth's early crust (how did crustal composition evolve)?
4
Shouldn't India Get an Uplift Too?
8
How did the Ural mountains form?
3
How did New Zealand's continental crust get split between two plates?
1
Is there a name for subduction boundaries at the North of Australia?
3
Do tectonic plates "float" over the mantle and "collide" like icebergs?