How to explain the diurnal variation for different seasons

In a recent work, I'm trying to figure out the pollution situation of my case area. Dealing with the online equipments, I have got the PM2.5 and PM10 concentration time series for a whole year.

I plot their diurnal variation divided by the season. 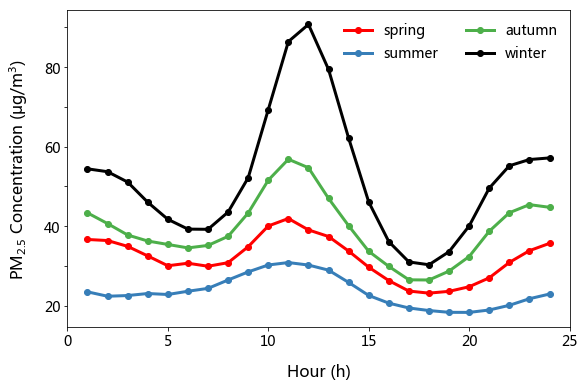 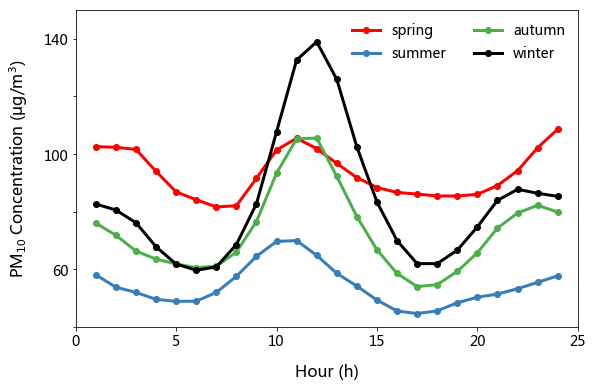 Although this is a simple data visualization, I think there are some valuable information in the figures. I have found several points that may be interesting, but I can't explain them well.

(1) The diurnal variations of PM2.5 in different seasons are more similar comparing with PM10.

(2) The peak hour in winter for both species are late for 1 hour comparing with other seasons in the daytime.

PS: Some background of the case area

Browse other questions tagged meteorology atmosphere air-pollution air-quality or ask your own question.

6
How to understand the bizarre high level for both PM2.5 and Ozone
3
How can I find weather data for greenland sea during the 4 seasons?
7
How to relate the backward trajectories with offline particular samples?
3
How can I account for rainfall effects on air pollution?
2
How to generate inputs for the MUNICH model from the VEIN model
2
Variation of the atmospheric pressure