I've noticed that many places with large populations tend to be prime zones for natural disaster.

This doesn't seem like a coincidence, especially given that people would naturally want to stay away from disaster-prone sites. Clearly there must be a benefit to living in such places.

My guess has always been that it probably goes something like this:

But I really have no idea, and this has been a question I've had for a long time.

Is this accurate? Is there more than meets the eye? Is it maybe partly a coincidence?
Explanations would be greatly appreciated, since all I have right now is just a guess.

But the real question is

And the answer is not necessarily positive. Let's look at where earthquakes are: 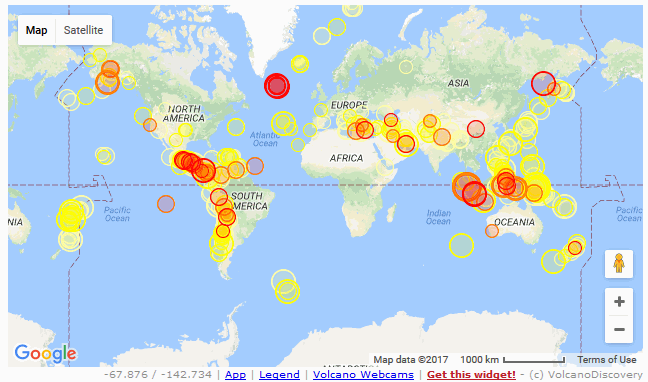 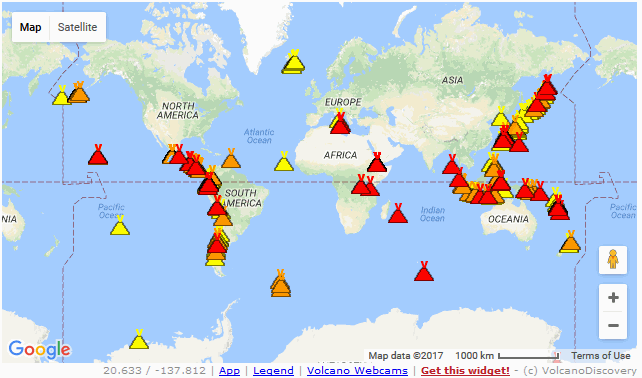 Both maps are from Volcano Discovery. Here's a population density map: 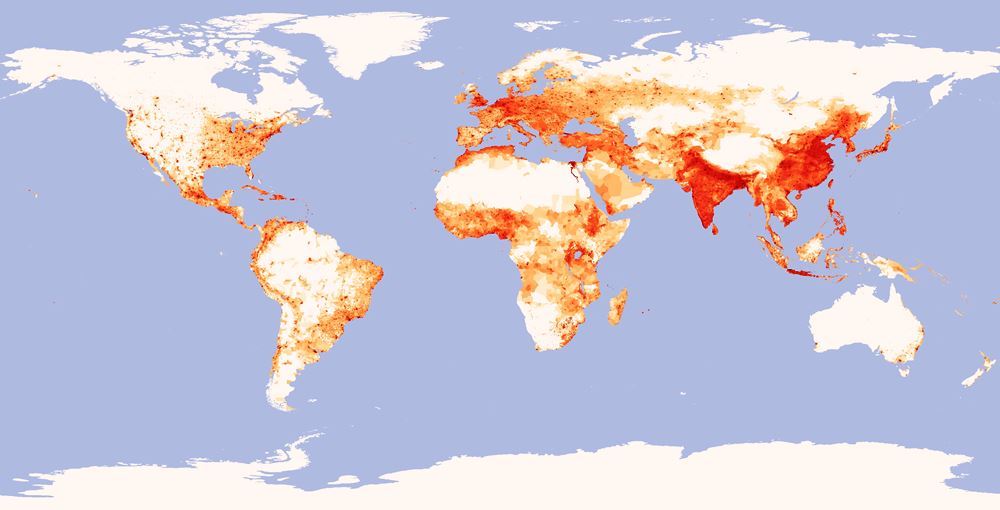 Couldn't find the source for that, but a similar interactive website is this one: http://luminocity3d.org/WorldPopDen/

Finding a 1:1 correlation between these two natural hazards and population density is very hard. Most of the World's population reside in India, China, Europe, central Africa, and east North America. All of these areas not particularly hazardous in terms of fault lines and volcanoes. Other volcano-abundant areas are only populated if they're around the tropics (Mexico, Indonesia).

So no, the answer is that human population do not concentrate near fault lines or volcanoes more than they concentrate elsewhere.

On a local scale, however, volcanic soils are fertile and an excellent place to grow food. This might attract people to volcanoes, because food is vital for life and a maybe-yes-maybe-no threat of a volcano (particularly if it's not obviously active) is a lower priority thing for most people. Also see the interesting story of Pinatubo.

Sometimes, people did not know there was a hazard. Parícutin is a volcano in Mexico that just appeared out of nowhere in 1943. Christchurch, NZ, was considered a low earthquake risk zone until it was struck by several quakes in the recent years.

Not the answer you're looking for? Browse other questions tagged climate volcanology earthquakes natural-disasters or ask your own question.

14
Why is there a line of volcanoes along the northwest coast of North America?
10
Why do Volcanoes give out so much Sulphur Dioxide and Carbon Dioxide?
20
Why don't scientists use fire entry suits to study volcanoes?
9
Why does New Zealand and cold countries have volcanoes?
10
Can human activity affect volcanoes?
9
Why do some earthquakes and volcanoes occur within plates?