Why were both the sun and the moon red today?

Today was a normal day, except the sun and moon colors were strange. After 5pm, the sky was covered with cirrostratus-like translucent clouds and the sky was a blend of blue and grey.

Everything would be fine, except that the sun was orange between 4-5pm. Then by around 5-6pm, the sun was completely red like blood even though it was still high up, and it was 1+ more hour to sunset.

Then, I didn't look at the sky until 8pm when it was already dark. When I went out, the moon was red just like the sun couple hours before.

The whole thing I saw from around south side od Chicago on US Labor Day (4 Sep, 2017). I didn't take pictures of the sun unfortunately because I disregarded its color, but I took pictures of the moon.

Here's how the moon looked through my phone camera, through binoculars: 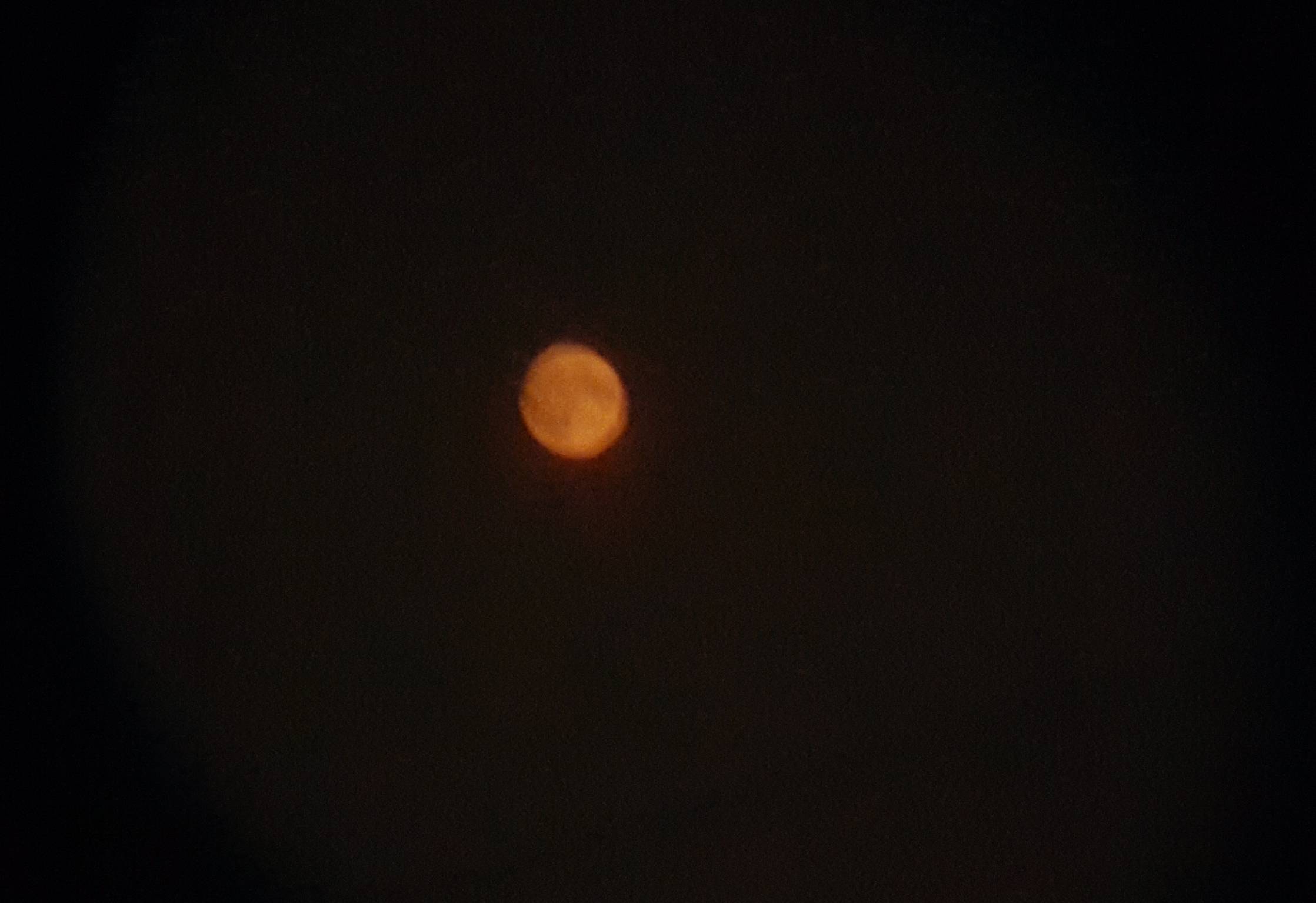 Here is a similar picture but edited so that the moon looks exactly like I saw it with naked eye: 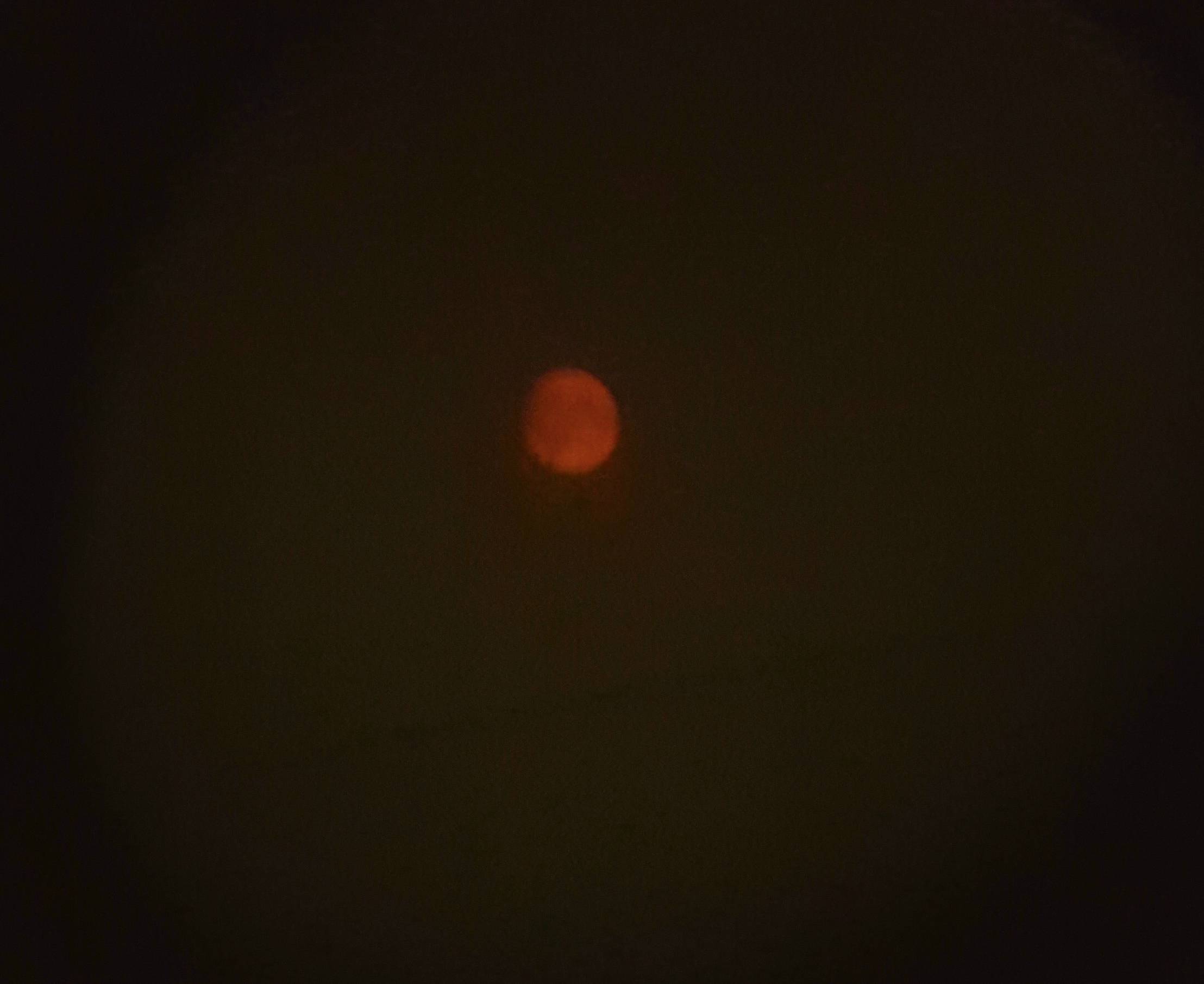 What can thia be caused by? (As of writing this at 10:06pm the moon is still red, and it is 6 hours since both the sun and the moon were red/orange)

EDIT: I also didn't see anything about this phenomenon in the media which is strange, and once again, this was seen from Chicago.

Smoke. There was significant smoke across the USA, which attenuated the light from the sun/moon due to increased scattering. The smoke particles effectively cause the light to reflect in different directions, so you see more colors.

See below for the HMS Smoke Polygons for the day, which clearly shows smoke over your region from the intense smoke/wildfire activity in the Pacific Northwest. You can also see the NASA Worldview composite of VIIRS visible imagery for the day, with fire locations in red. 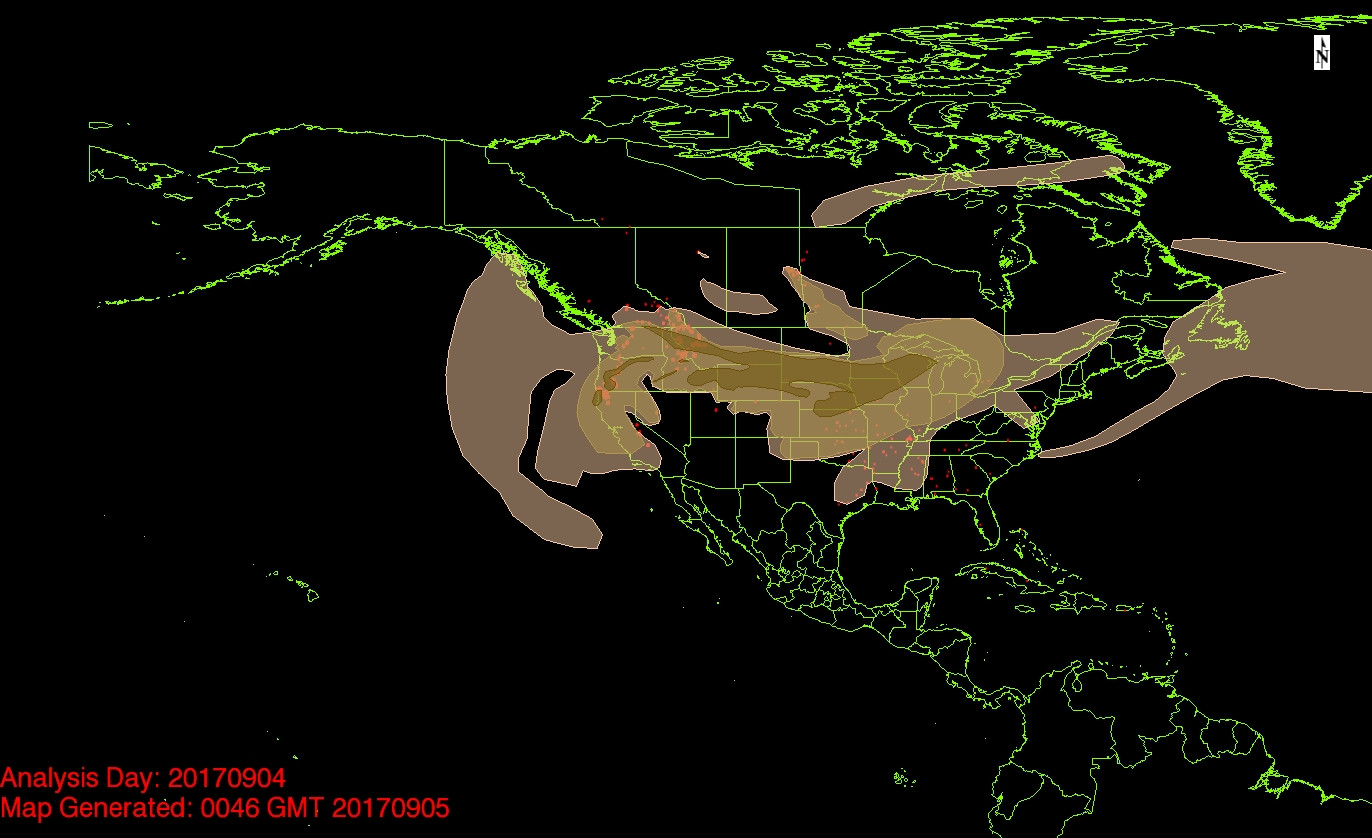 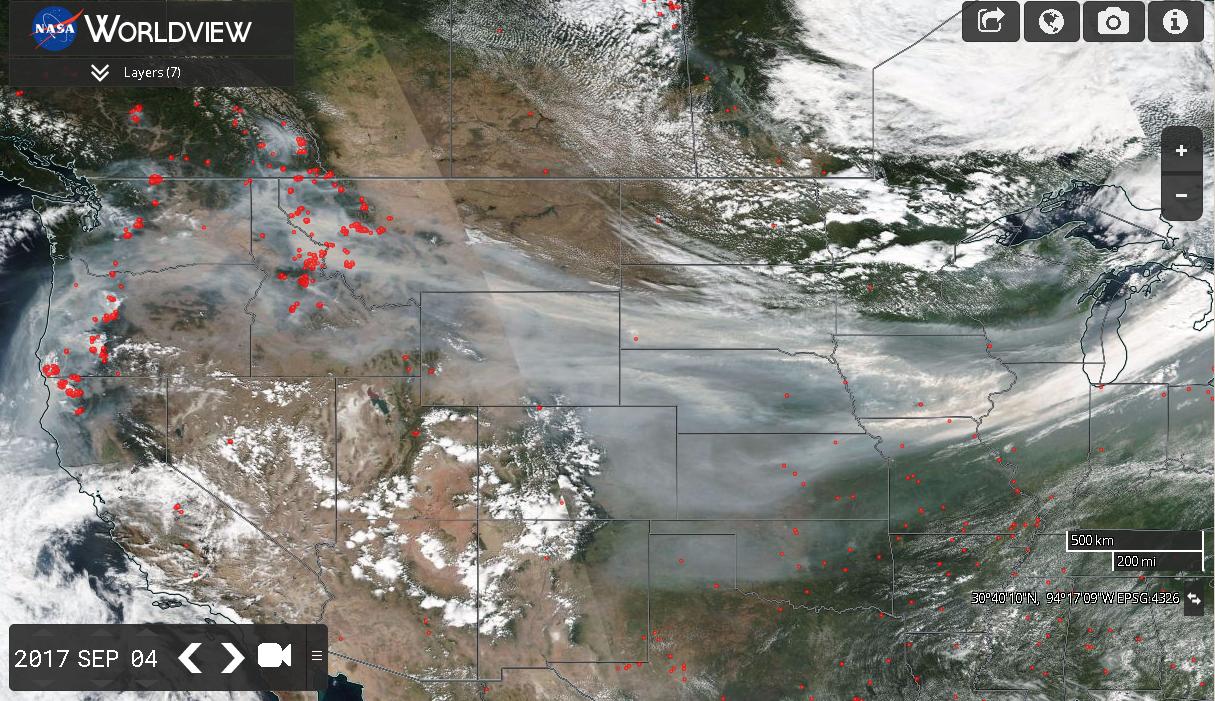 0
What does "red sun at night, sailor's delight" mean and is it true?

6
Why does helium-3 stay in the moon and not escape from it?
4
How often does the moon "set" for us compared to the sun?
0
What model best describes the alignment of the Sun and Moon during a lunar eclipse?
4
Can the moon shadow angle change?
5
What is this Sun and moon photographic anomaly?
2
Atmospheric conditions needed that blocks all bright light during sunsets and allows you to stare directly at the sun
3
What causes this arc in the night sky where the background is brighter on one side than the other?
0
[How deduce from shadows, the angulation of the Sun that the Sun is 15 degrees over horizon?