Can strong winds significantly lower ocean surface levels, or is it really the static pressure differences?

The Washington Post article Hurricane Irma is literally sucking the water away from shorelines written by the Post's atmospheric scientist Angela Fritz describes leads with this:

As a meteorologist, there are things you learn in textbooks that you may never see in person. You know they happen theoretically, but the chances of seeing the most extraordinary weather phenomena are slim to none.

This is one of those things — a hurricane strong enough to change the shape of an ocean.

Basically, Hurricane Irma is so strong and its pressure is so low, it’s sucking water from its surroundings into the core of the storm.

The wind on Long Island in the Bahamas is from the southeast to the northwest on Saturday. On the northwest side of the island, it would be blowing the water away from the shoreline.

It also may be experiencing the effects of what I call the hurricane “bulge.” In the center of the storm, where there is extreme low pressure, water is drawn upward. Low pressure is basically a sucking mechanism — it sucks the air into it, and when it’s really low, it can change the shape of the surface of the ocean. As the storm draws water toward the center, it gets pulled away from the surroundings

In any case, this isn’t the sign of a tsunami. The water will return to Long Island, and it probably won’t rush back with any great force. It will probably be back by Sunday afternoon.

This explanation is confusing me because it seems to suggest that the water level has dropped due to the wind from the southeast, as well as due to the low pressure, which is "basically a sucking mechanism — it sucks the air into it, and when it’s really low, it can change the shape of the surface of the ocean."

Question: Can strong winds ever lower ocean surface heights significantly directly, or are these drops caused by local static pressure differences independent of the wind. Of course pressure and wind are intimately connected, but each should have its own effect on ocean surface height.

ancillary question: Since the stated wind direction is essentially parallel to the long direction of the island, I don't understand why it would preferentially remove water from one side of the island over the other side. Does this make sense? 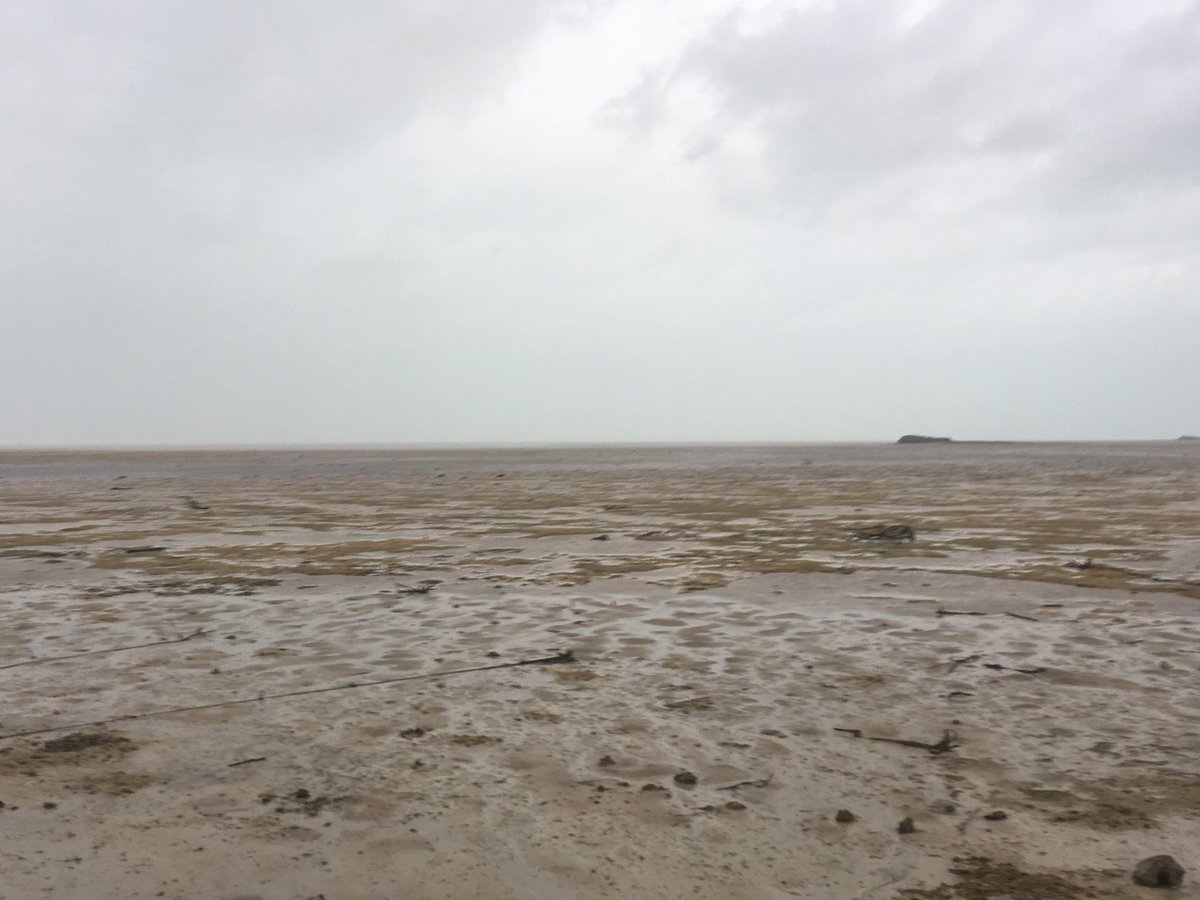 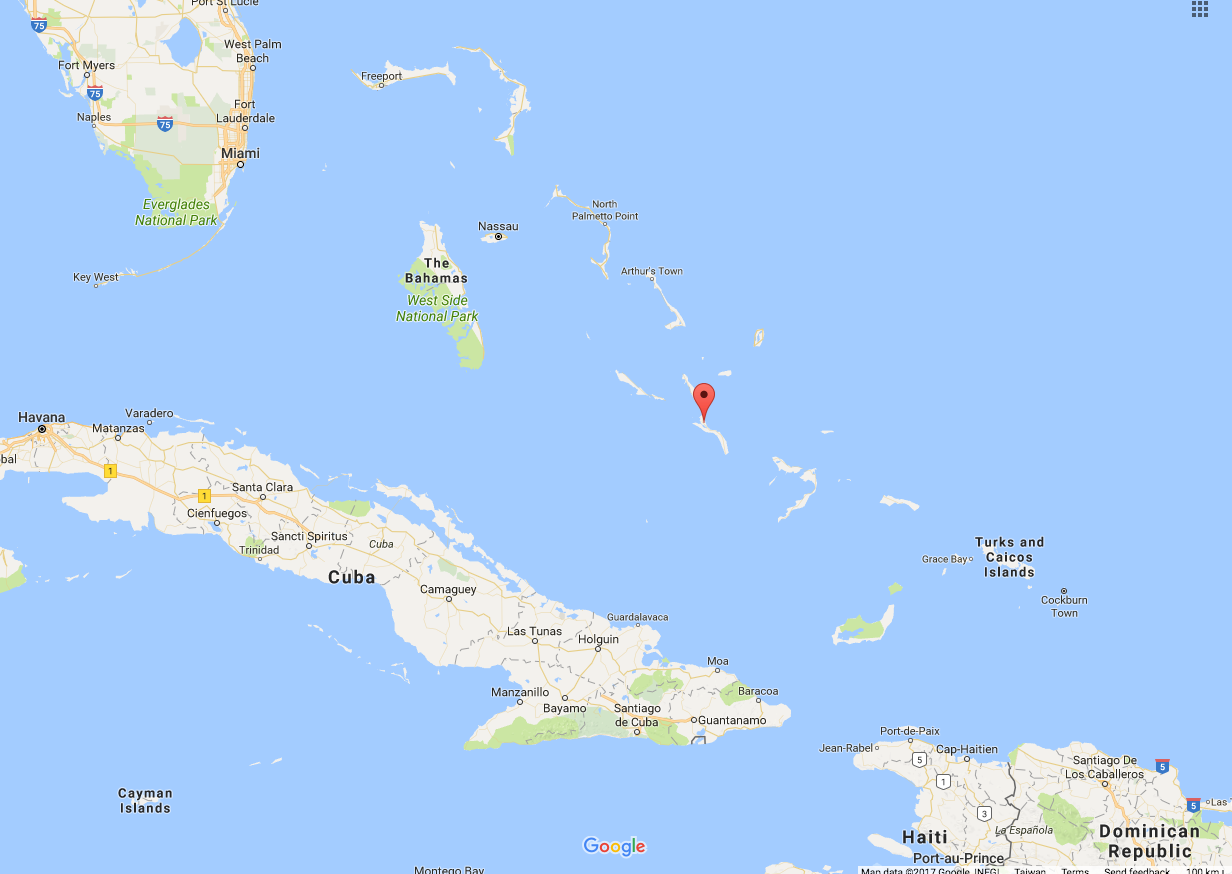 The explanation for the wind effect on water level at the coast is basically the same as for upwelling circulation. In an upwelling situation, the winds flow parallel to the coast and generate upwelling dynamics: surface Ekman balance is setup (in deep enough waters) with water transport being to the right (left) of the wind in the northern (southern) hemisphere; this causes a deficit along the coast that needs a compensating flow in the deeper part of the water column bringing cold water to the surface. The deficit along the coast and the resulting sloping density levels create a geostrophic balance and that causes the surface water level to drop near the coast (wind set-down).

A good diagram of the processes at play is available from Csanady (1981). 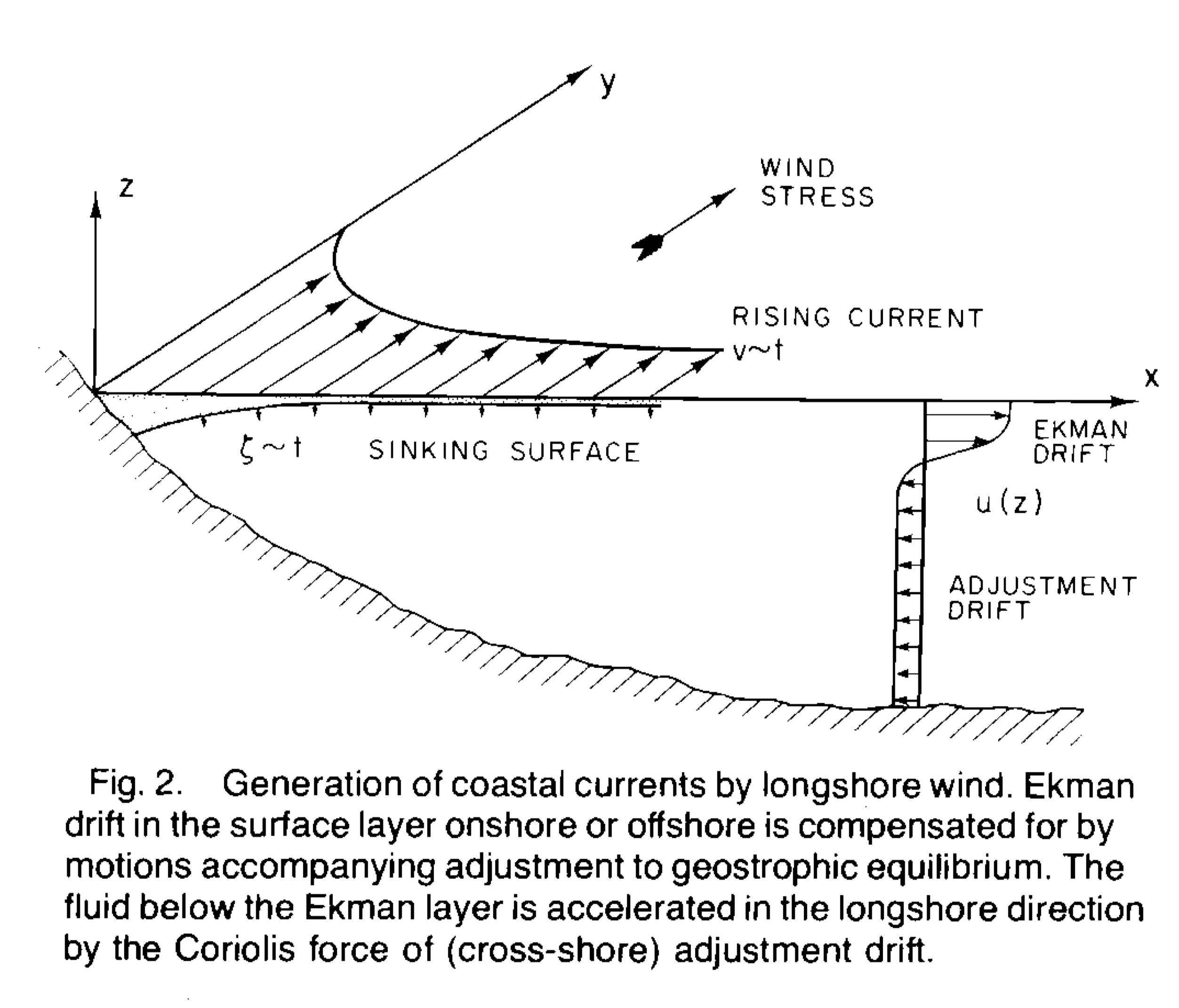 In reality, the Ekman balance-geostrophic balance combo is a better approximation when the shelf is narrow and there is a stronger connection with the open ocean. In shallower areas, the wind that matter most is not the along-shelf wind, but rather the cross-shelf wind:

In the case of a hurricane, the winds and atmospheric effects are so strong that it is difficult to separate the two. The article cited in the question mentions the two effects. The fact that the wind lined up with the coastal alignment suggests that wind set-down might have been a factor. It is not that uncommon for wind set-down to be a controlling process (e.g., Red Sea (also)).

8
How does heat get transported between the surface layer, twilight zone, and the deep ocean?
17
Why do tropical cyclones not tear themselves apart?
5
Where can I find a table of ocean temperature pressure and depth
9
Why do certain areas on Earth have a higher or lower air pressure at sea level?
15
At the ocean surface, why do large amplitude waves travel faster than small amplitude waves?
11
How are low pressure zones tracked across the ocean?
12
How is it possible that a Hurricane such as Alex forms in the Atlantic in winter?