While keeping a close eye on typhoon Talim, I noticed that tropical storm Doksuri is also on the map and has caused serious damage and loss of life. I had thought that the naming of tropical storms is alphabetical (within a given area) so it seems that Doksuri with a "D" must be quite old by now, and Talim fairly young.

Do I have the basic idea correct? I've tried to read the Wikipedia article Tropical cyclone naming but it gets a little complicated to read as it start to break things down by East Pacific and West Pacific and I am not sure from where these two originated. 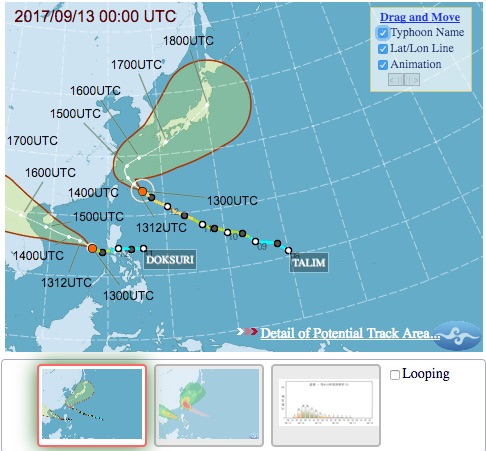 The naming of typhoons, in the north west pacific region, is different to that used by other parts of the world. According to accuweather,

For typhoons, there is one list with 140 names submitted from nations in the region such as China, Japan, Vietnam and Cambodia. There is no restrictions to how many can be used in a calendar year.

“Unlike hurricanes, lists are not year-specific, so they scroll through the whole list irrespective of calendar

The Philippines are also a part of the list of nations which submit names. However, according to the Philippine Atmospheric, Geophysical and Astronomical Services Administration (PAGASA), they will use local names whenever a cyclone is within the Philippine Area of Responsibility (PAR).

NOAA has a list of the names for the north west pacific region. At the end of the webpage, in column V of the last table you will see Talim followed by Doksuri, then Khanun. This is why you are seeing Tropical Storm Doksuri just after Tropical Storm Talim. 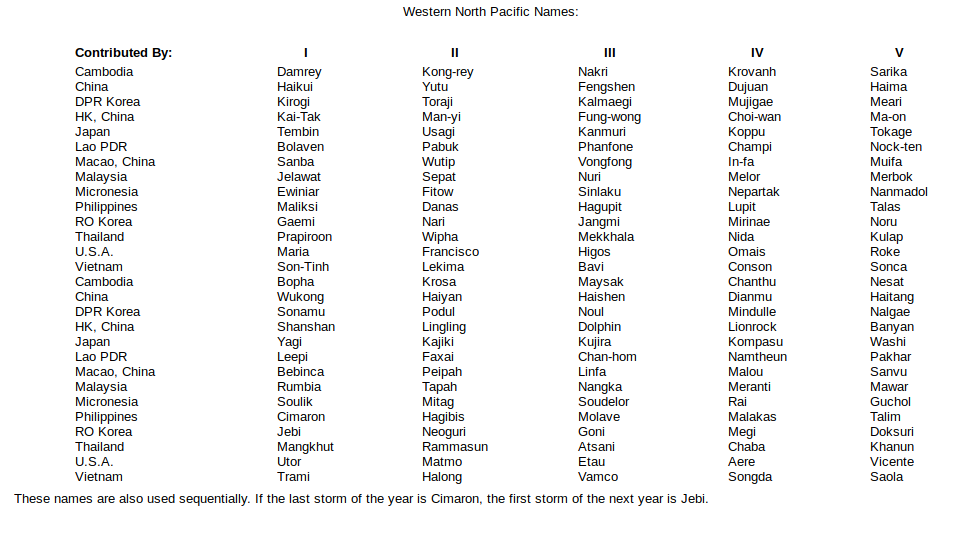 It appears that Doksuri, which means eagle, Korean, is the replacement name for Nabi. South Korea submitted the name Nabli to the list of typhoon names, but the name Nabi was retired when Typhoon Nabi hit Japan in 2005. 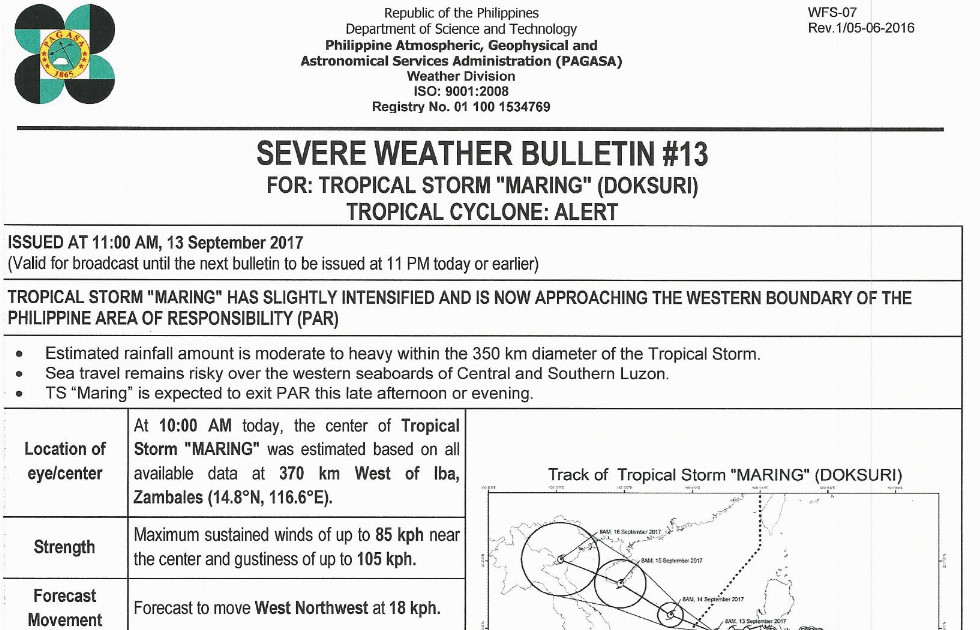 3
On what basis are hurricanes,cyclones or typhoons named?

3
Is it possible to have a busier tropical storm season in the eastern Pacific basin than in the western Pacific basin?
4
When did people first realize that hurricanes are a particular type of storm system?
99
How can a storm drop 40 inches (1 metre) of rain?
3
Why did Hurricane Harvey have so much lightning associated with it?
3
Why exactly did the use of Greek letters as names for Hurricanes happen the first place, despite the fairly obvious and predictable impracticalities?
5
Why do 30% of all typhoons in the western north pacific (WNP) affect Taiwan?
4
Does storm seasonality vary with latitude?