How are giant sinkholes filled up?

There are a few impressive photographs of giant sinkholes that appeared in cities, such as this one: 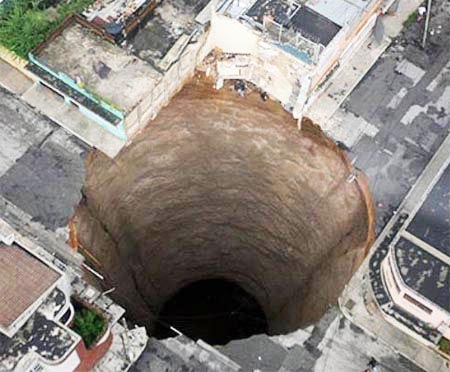 However, followup information (e.g. Guatemalan sinkhole) or photographs on how these kind of sinkholes are filled up is hard to find. What approaches may be taken to "repair" or filling up these?

If dumping more earth or materials into them is ineffective due to underground-water, how can they be covered up properly without causing another collapse?

How Japan Filled That Ginormous Sinkhole In Just One Week:
The Fukuoka sinkhole measuring 8,700 square feet (808 square meter), 65 foot (20 m) deep: they poured a mixture of soil, water, and cement into the hole—they use more than 7,100 cubic meters of the stuff in all. YouTube timelapse.

How To Fix a Giant Sinkhole about the two in Guatemala:
The first from 2007 one they filled with a soil cement made from cement, limestone, and water known locally as lodocreto ("mudcrete").

It's not clear whether cement is the best option, however. A 6,500-cubic-foot wad of concrete may serve to concentrate water runoff in other areas, leading to more sinkholes. Many engineers prefer the graded-filter technique, in which the hole is filled with a layer of boulders, then a layer of smaller rocks, and, finally, a layer of gravel. This fills the hole, more or less, while permitting water to drain through the area.

Whether this was actually done with the 2010 one I could not find (yet). Even the Wikipedia entry on the 2010 sinkhole (which you are also refering to) says This section needs to be updated.

It seems to be closed now, look at this video fragment compared with the bottom picture here.

BTW (I know, that is not answering the question, but it was too nice to not add):
Instead of filling them up you can also make a garden in them: 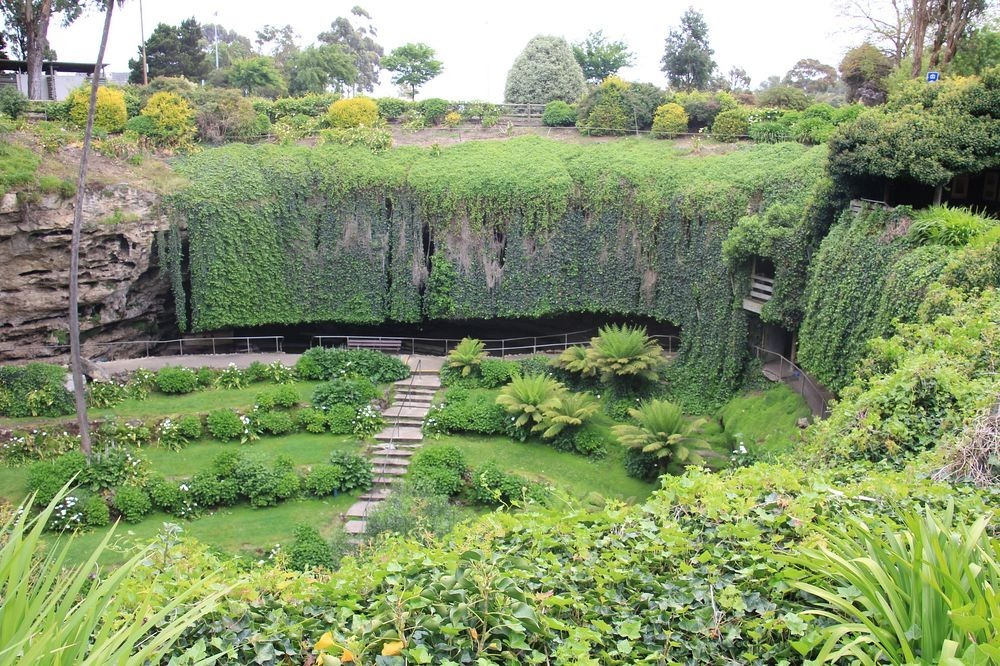 Not the answer you're looking for? Browse other questions tagged rocks geomorphology underground-water or ask your own question.

22
Why are most peninsulas oriented north-south?
11
How are minor tributaries of a river determined?
12
Are “monoliths” giant, isolated rocks sitting in dirt, or are they continuous with bedrock
7
How is ground water mapped?
7
How old are Chile's fjords?
4
How are the Scala dei Turchi staircases formed?
1
How are aquifers found and traced?
2
How Could Sheep Graze these Steep Hillsides Without Leaving any Marks?
1
How are tall cays formed?