Natural spiral pattern of grass - what could cause this?

During a nature walk inside an old abandoned quarry I stumbled upon strange spirals that appear to be naturally formed.

What could cause this spiral formation? Is it a known phenomena? 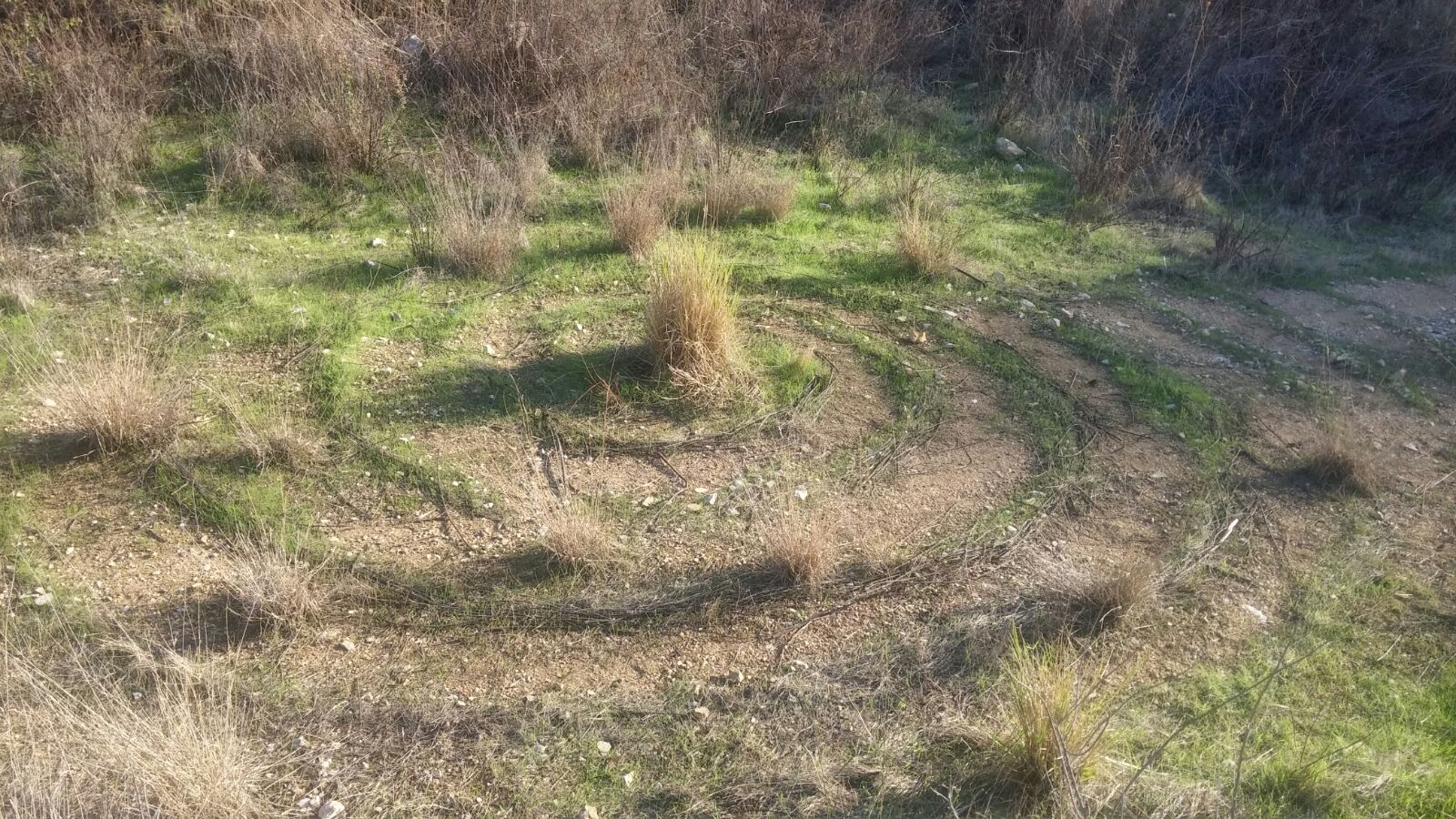 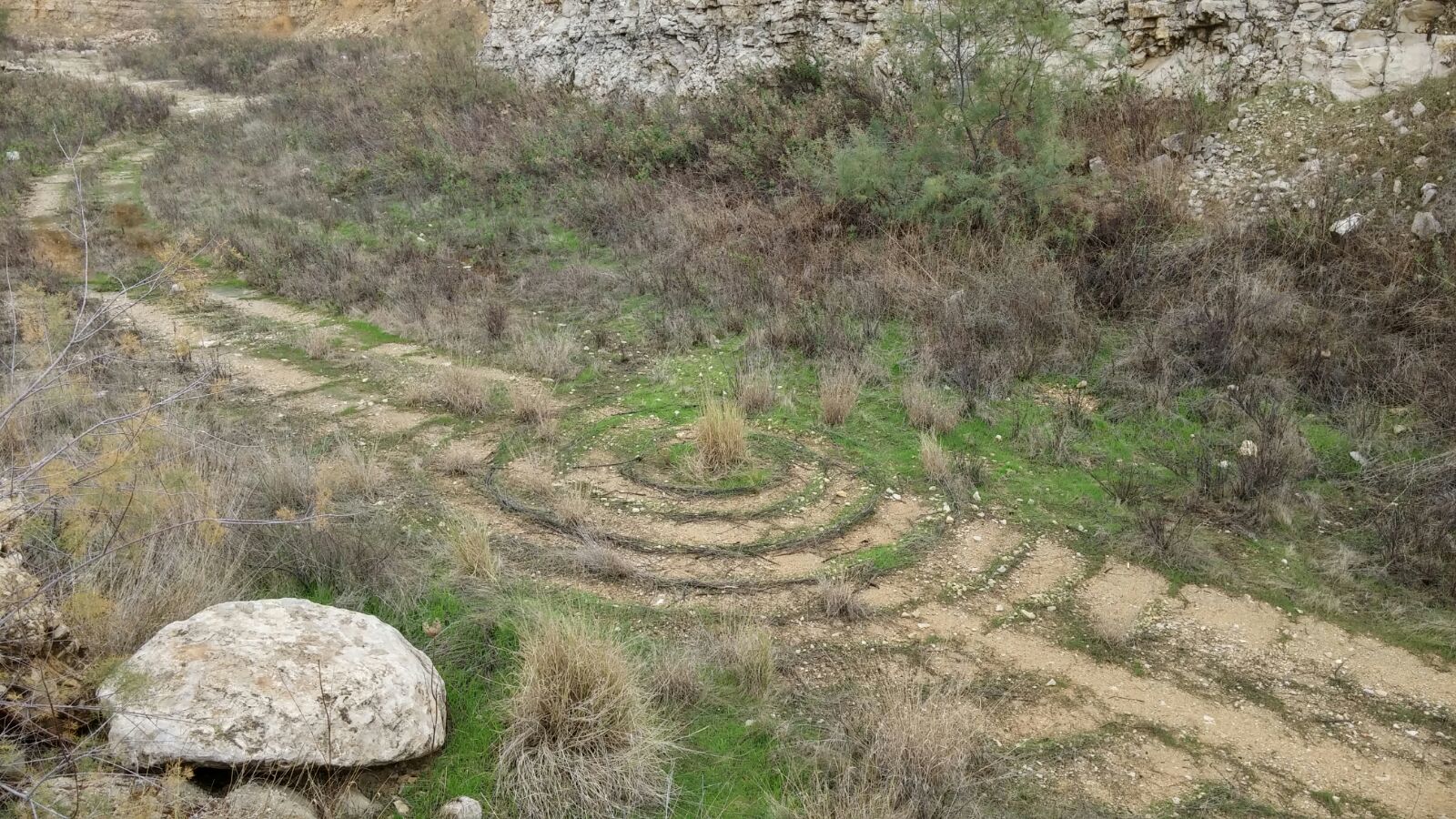 To clarify , the images are from the same place , but made with difference of couple of days. I took the photos during Winter time in Israel.
The Quarry was abandoned decades ago, so i don't think that this is a result of the working equipment.

Also i have been looking at photos of crop circles but it looks like the two are not related.

I came across this photo from Mount Calavera, San Diego County, California. It is described as rock art and is also found in the floor of a quarry. The spiral pattern, including the vegetation, is very similar to your photo. In your photo it looks like the rocks have just been removed. 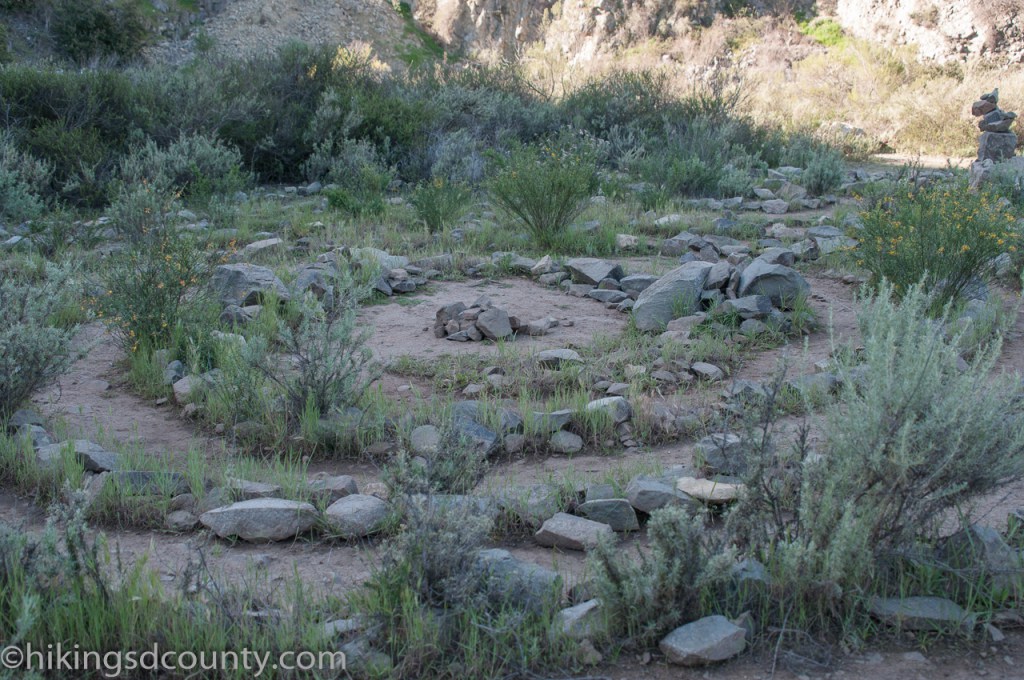 Rocks appear to affect the soil moisture available for vegetation by shading. From a study in Southwest China investigating the influence of bare rocks on soil moisture:

•We found that bare rocks influenced the surrounding soil moisture by shading.

•The effect degree of rocks to surrounding soil moisture correlated with its shape.

•Soil moisture on the north side of the rocks was significantly higher than others.

•The location at 15 cm north of the rocks was ideal site for plantation restoration.

Is it possible that rocks used to be placed in a spiral pattern in your photo that allowed the vegetation to take hold?

You have two options ice segregation/frost heaving or humans screwing around.

Frost heave can produce some really unusual yet regular shapes, spirals included. Frost heave and ice segregation is when freezing ground water pushes more on larger rocks sorting them out of finer material.

Humans messing around can leave spirals intentionally (crop circles, environmental artists) or unintentionally (tethered animals, cropmarks, storing large diameter hose). Given it is a quarry it would not surprise at all if a rolled up air or suction hose was sitting there long enough to alter the sediment or vegetation and we are seeing the marks left over after it was moved.

Given that it's a quarry then at a guess the grass is growing over areas that are cut into the bedrock more deeply than the non-grassed areas, this means that there is a trench that holds a little more soil and water than the relatively bare rock outside of the cuts like a cropmark but smaller and more extreme.

Not the answer you're looking for? Browse other questions tagged geomorphology vegetation or ask your own question.

8
What is this strange formation near Râmnicu Vâlcea?
5
What, exactly, is angle of repose, and where is it in this image?
4
What is this geomorphological form?