What wind speeds and gusts can usually damage houses or trees?

In my region wind speed increases in Autumn. It reaches to 30 km/h with gust up to 40 km/h. I want to know at which speed the wind and gust can cause small damage of the normal window glass (We mostly using PVC for the windows).

Tonight I noticed that ventilizer fan damaged due to opposite wind direction and cause to stop. Also, my TV Antenna was completely damaged (I couldn't find it).

I want to know Wind and Gust speeds that can cause damage to usual house, outdoor cables, antenna, windows?

This Beaufort Scale of Wind Force image may help answer your question. 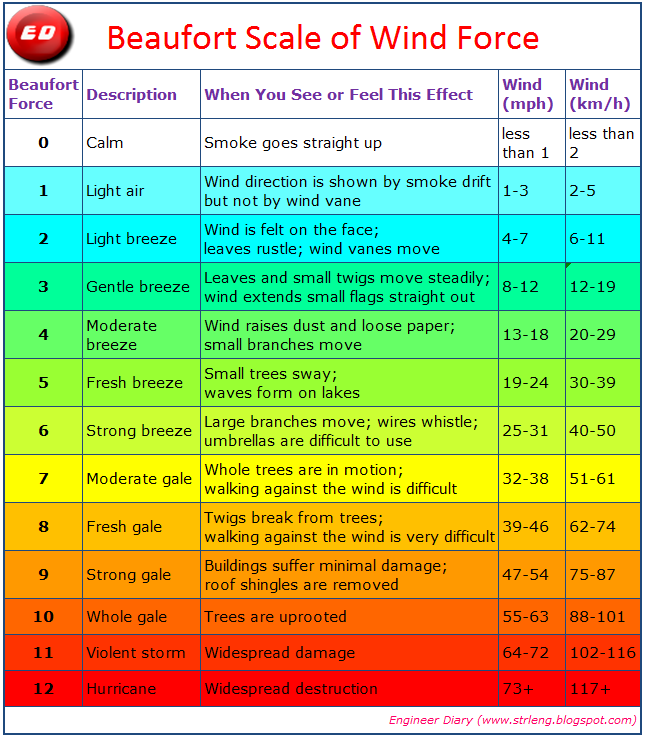 My hypothesis on windows: I asked a similar question here, hoping someone more knowledgeable in structural engineering might eventually put together a more experimental answer, but so far no luck. So with that, all I can offer is quite a lot of experience monitoring and following up on damage levels during tropical cyclones and thunderstorms in recent few years.
And I'm starting to believe that in tropical cyclones winds may need to be somewhere up over 150 km/h (93 mph) before the first hints of direct window damage (seems to be supported by this table from John Wiley & Sons Best Practices Guide to Residential Construction). Occasionally windows will be damaged at lower speeds, if just the right debris is driven into the window... but, at least where standards are high, windows seem quite good at holding up to quite high speeds.
However, in situations with significant gusting, such as severe convective storms, greater convergence on the leading edge (due speed change) may more increase the stress. I tend to think that may be part of why F1 and F2 tornadoes typically do more consistently notable damage over their path than similar strength hurricane wind gusts.

In terms of general damage, in the United States, we consider 50 knots (58 mph, 93 km/h) to be the speed where the likelihood of notable damage is high enough. Damage can occur to some very vulnerable objects (things like tarps and tents (and umbrellas!) can way well before that) at lower speeds. But in terms of solid objects being damaged, that is the speed they selected as significant expectations. Note that the criteria developed fairly subjectively, and wasn't resolved by some precise scientific research, but instead by members of a forecasting conference (see this good explanation of the development of such speed criteria, particularly the end of pg 7). But definitely by the time you get to 100 km/h, convective storms quite often start damaging notable objects like trees, fences, etc.

Something like an antenna is quite light and moveable, so how easily it is damaged/removed should generally be based upon how sturdily installed it is.

Generally 30-40 km/h shouldn't damage much unless objects have significantly weakened (perhaps by again, and impacts like weathering), are major wind foils (very light and large surface area), or have inadequate designs. However, perhaps you actually experienced much higher gusts during the period that caused more stress on those few objects?

Not the answer you're looking for? Browse other questions tagged wind or ask your own question.

1
What statistics do we have regarding the probability of window breakage by wind speed?

12
What exactly is wind velocity
21
Significant difference between averaged wind speeds and averaged wind power density, for wind generation modelling?
3
Website that contains the maps of atmospheric pressure and wind speeds
2
How are wind speeds typically distributed?
7
What is the definition of wind gust?
4
Why do wind speeds often jump from 20 knots to 40 knots