As air moves over the surface of the earth, the properties of the surface (such as temperature) can alter the air. Since at those particular latitudes, the predominant wind direction is from the west and partially the north, it is important to note what is north and west of both locations.

West of the northeast Atlantic is land, and northwest is Canada. This means that the air is drier, and prone to have characteristics of mimicking continental- polar (cP) air. Continental polar air tends to be dry (since it is over land) and cold (since it is coming from an area that receives less sunlight).

Winters are colder on the Atlantic northeast coast partly due to a slight difference in longitude/latitude of Newfoundland is 53.1355’N - 57.6604’W as opposed to say Vancouver British Columbia on The Pacific NorthWest. 49.2827’N - 123.1207’W. the distance from the equator is greater.

The second and more profound part of this answer; has to do with weather patterns, Wind directions, high/low pressure systems, warm/cold fronts. Jet streams. Prevailing winds produced by ocean temps and currents.

To be more specific the North East coast of Canada expirences low pressure systems barring down from the Canadian north as you can see in the “wind speed model I have provided. Commonly reffered to as an “ nor-easter” fisher men slang for trouble. 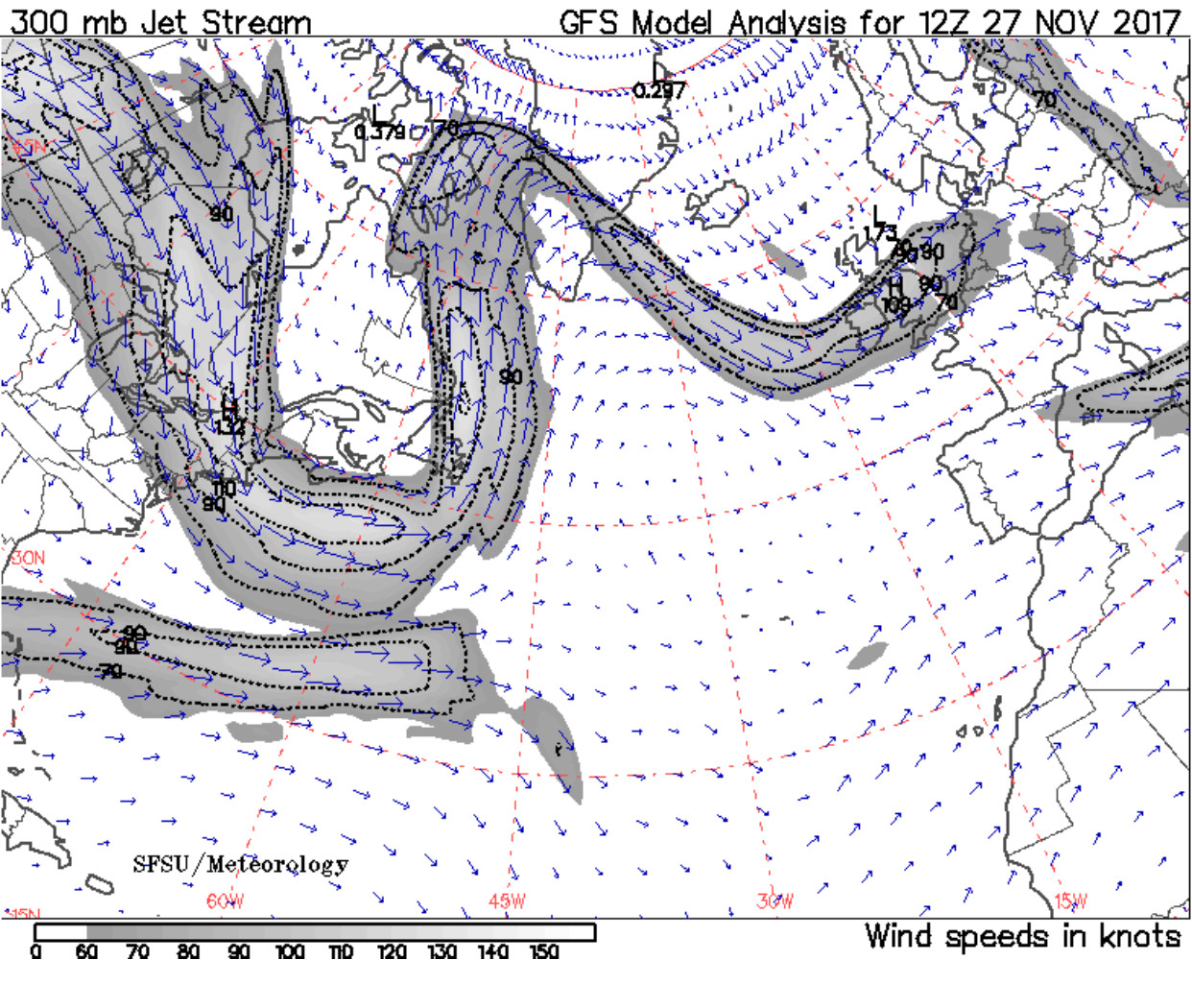 29
Why are there no hurricanes in the southern Atlantic basin?
11
Why is the South Pole colder than the North Pole?
5
Why is this area colder than the surrounding hotter area?
2
Why is the weather in San Francisco so different from that in San Jose?
5
What causes these periodic high-pressure blobs along the west coast of South America?