What are these features in the Tombouctou Region?

I’ve recently been very interested in globe-trotting via Google Earth. At first I was using it to plan out hikes to possible mineral deposits locally, or potential fossils/ archeology sites. However I soon became sidetracked in the Tombouctou Region of Mali. I stumbled across an outcrop of rock in the middle of the desert. It appears to be brilliant blue.

I am wondering if this is some kind of satellite imagery to detect heat or moisture? Or is this the actual colour of rock/mineral? 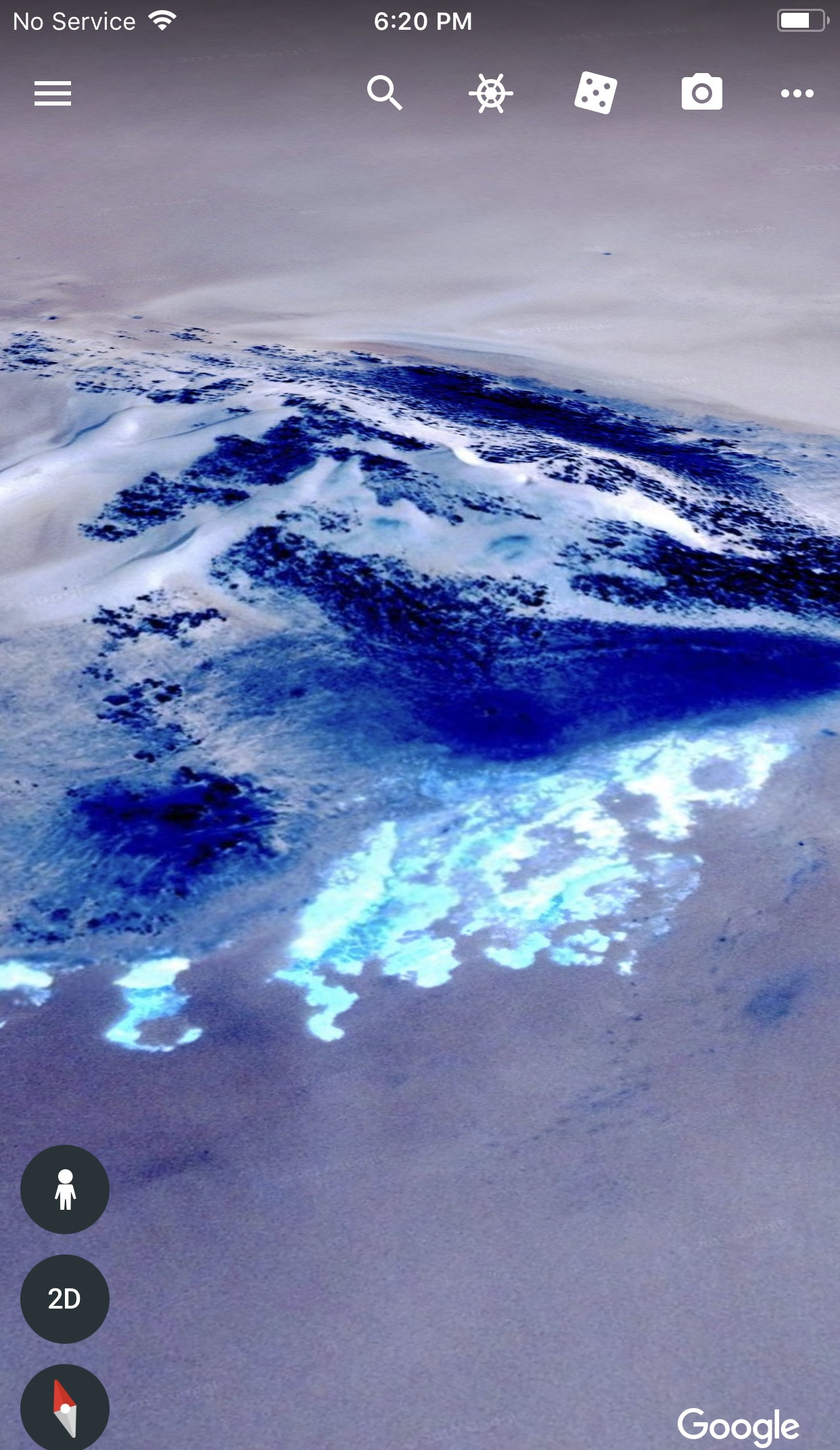 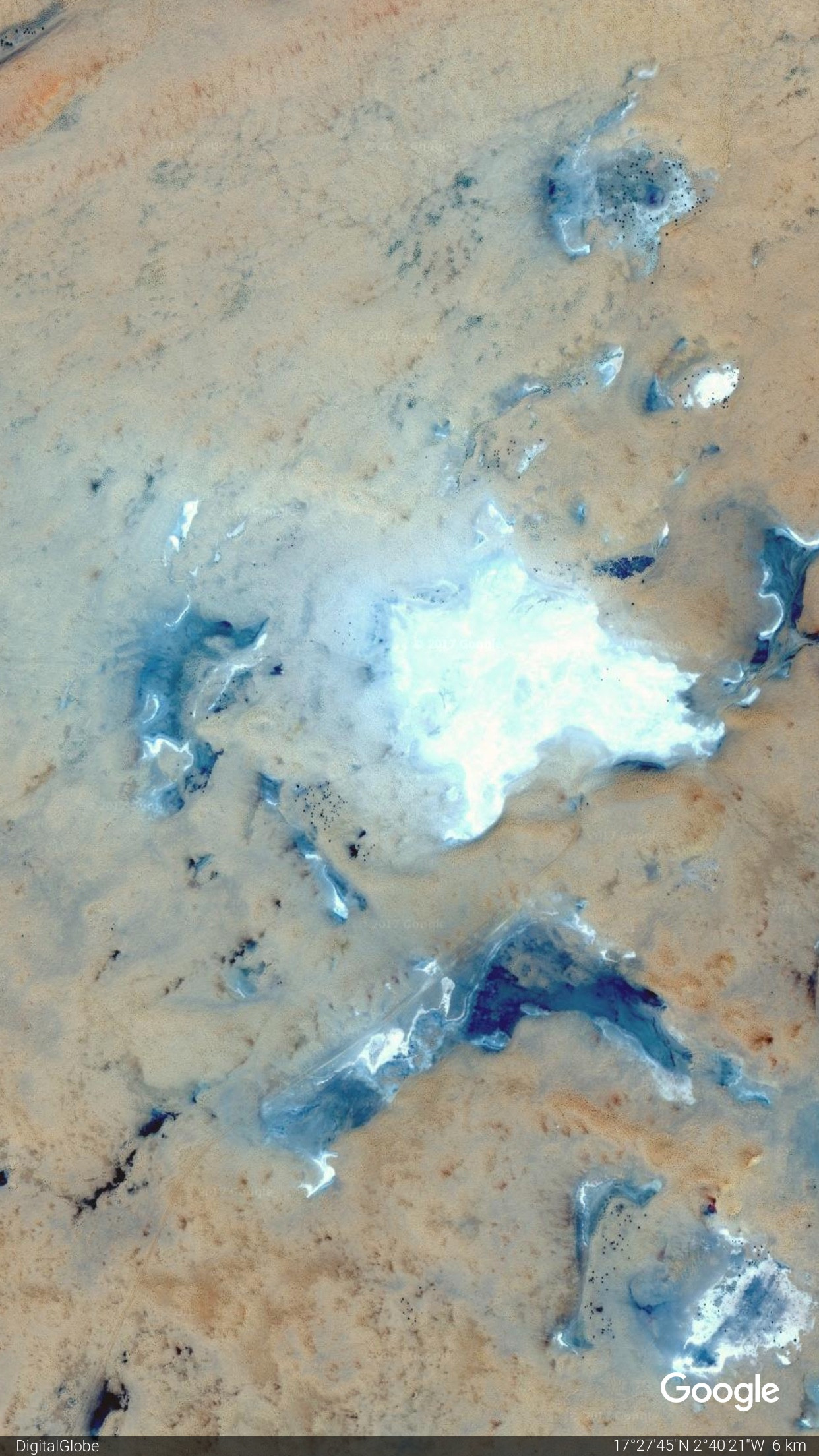 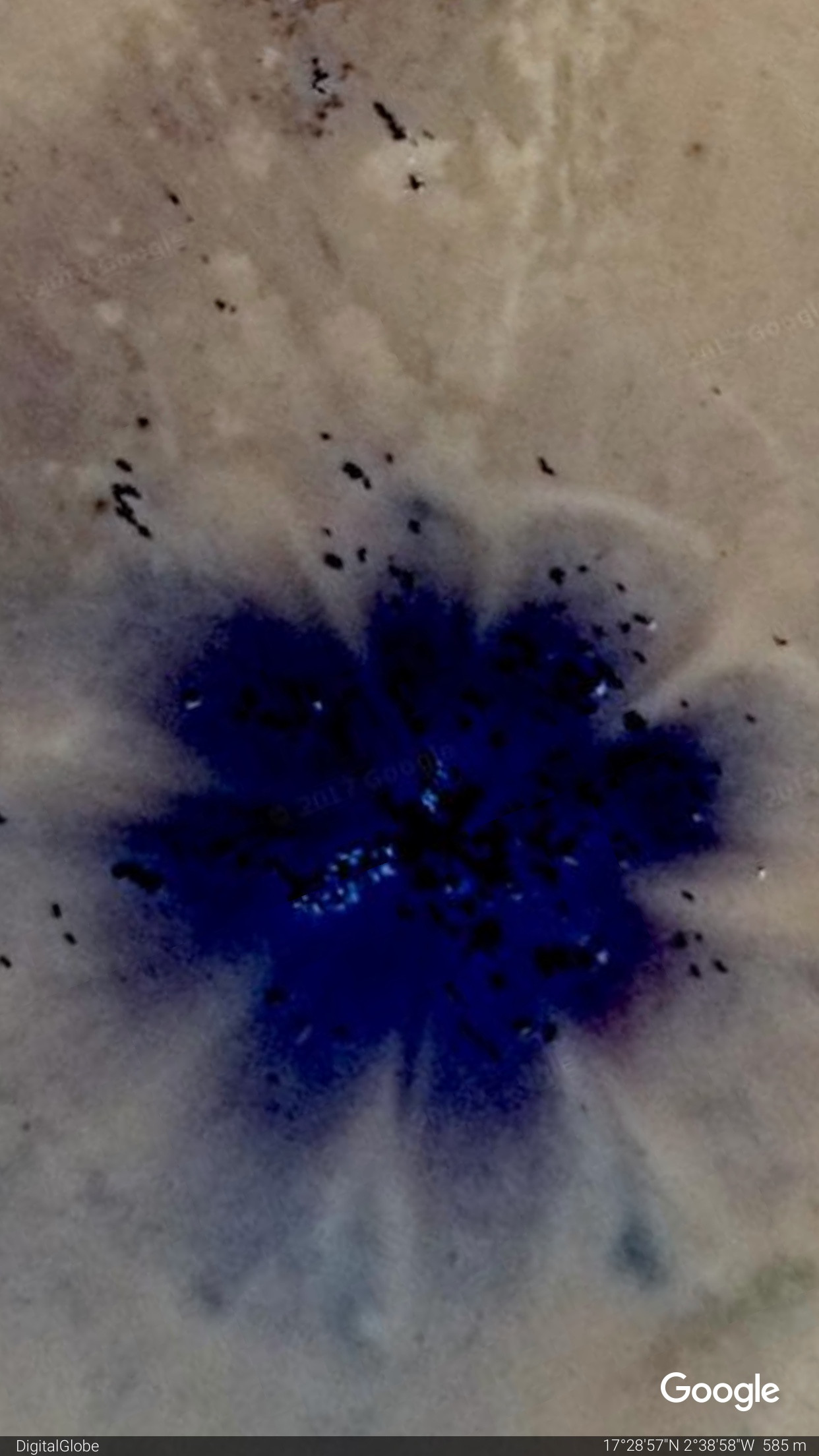 Those blue colors are basically artefacts due to image processing.

The last one in Bing Maps doesn't look blue at all. It's just somehow slightly darker with some trees or large animals. The local change of color might be caused by humidity (maybe a seasonal pond) or animals, or both - if animals come to drink. Interestingly, there are similar shapes in the area and Bing Maps traces paths converging on them. I don't know how Bing gets those paths (I can't see them in the aerial imaging) but they are consistent with animal paths leading to ponds.

And the second one is just the bed of a dry lake, with salt pans.

The first one lacks coordinates, but we can assume it's just a another color enhanced rather normal piece of desert.

To actually answer the question "I am wondering if this is some kind of satellite imagery to detect heat or moisture? Or is this the actual colour of rock/mineral?", as requested by comments:

The answer is "No, it is neither the colour of rock/mineral or a heat or moisture detector. Blue color is just an artifact due to image processing, as can be seen from comparing those Google Maps images with linked Bing Map images of the same places, which aren't blue at all".