What are Ordovican trace fossils, and what do they look like?

An astrobiologist (not at NASA) is quoted as saying that they looked "...remarkably similar to Ordovician trace fossils..." while others are quoted as suggesting that these are visually reminiscent of bioturbation processes on Earth.

Question: What are Ordovician trace fossils and bioturbation, and what do they look like on Earth?

below: NASA's Mars rover Curiosity captured this image on Jan. 2, 2018, with its Mars Hand Lens Imager (MAHLI). Using an onboard focusing process, the robot created this product by merging two to eight images previously taken by MAHLI, which is located on the turret at the end of the rover's robotic arm. Credit: NASA/JPL-Caltech/MSSS

Cropped section are also included for better viewing, in the first one, sunlight can be seen below the structure near the bottom, showing that it extends somewhat upward from the rock below it. 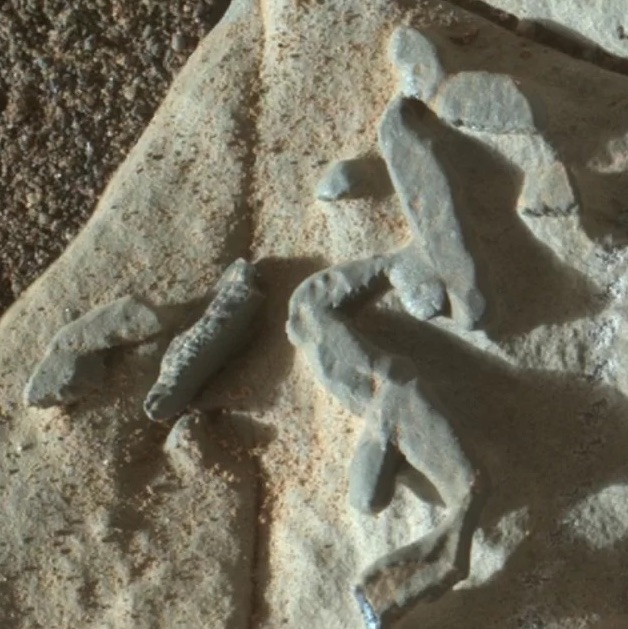 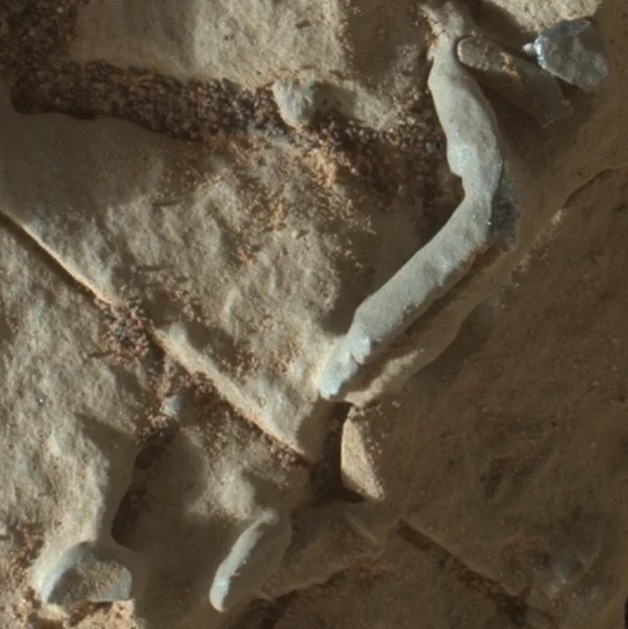 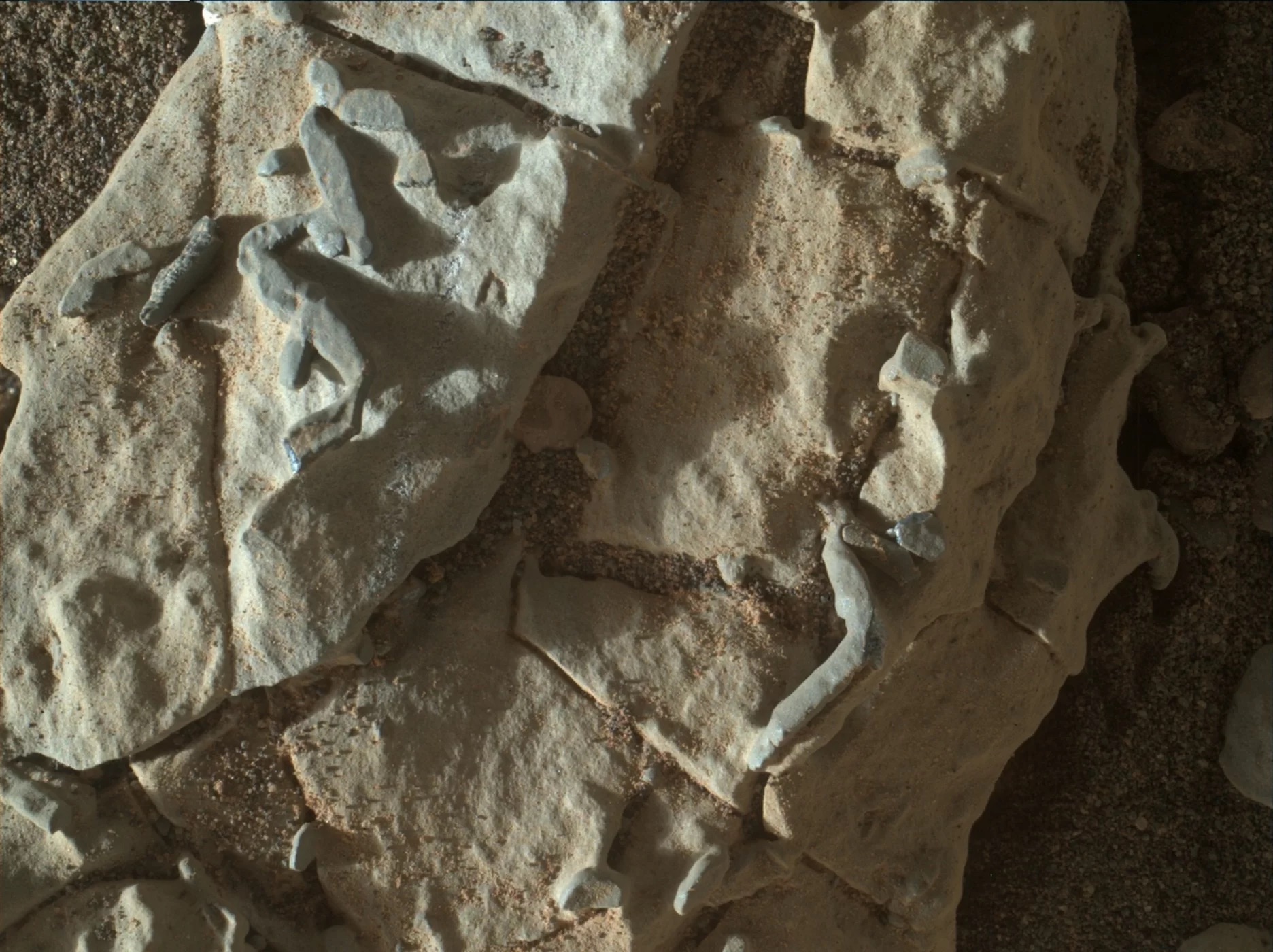 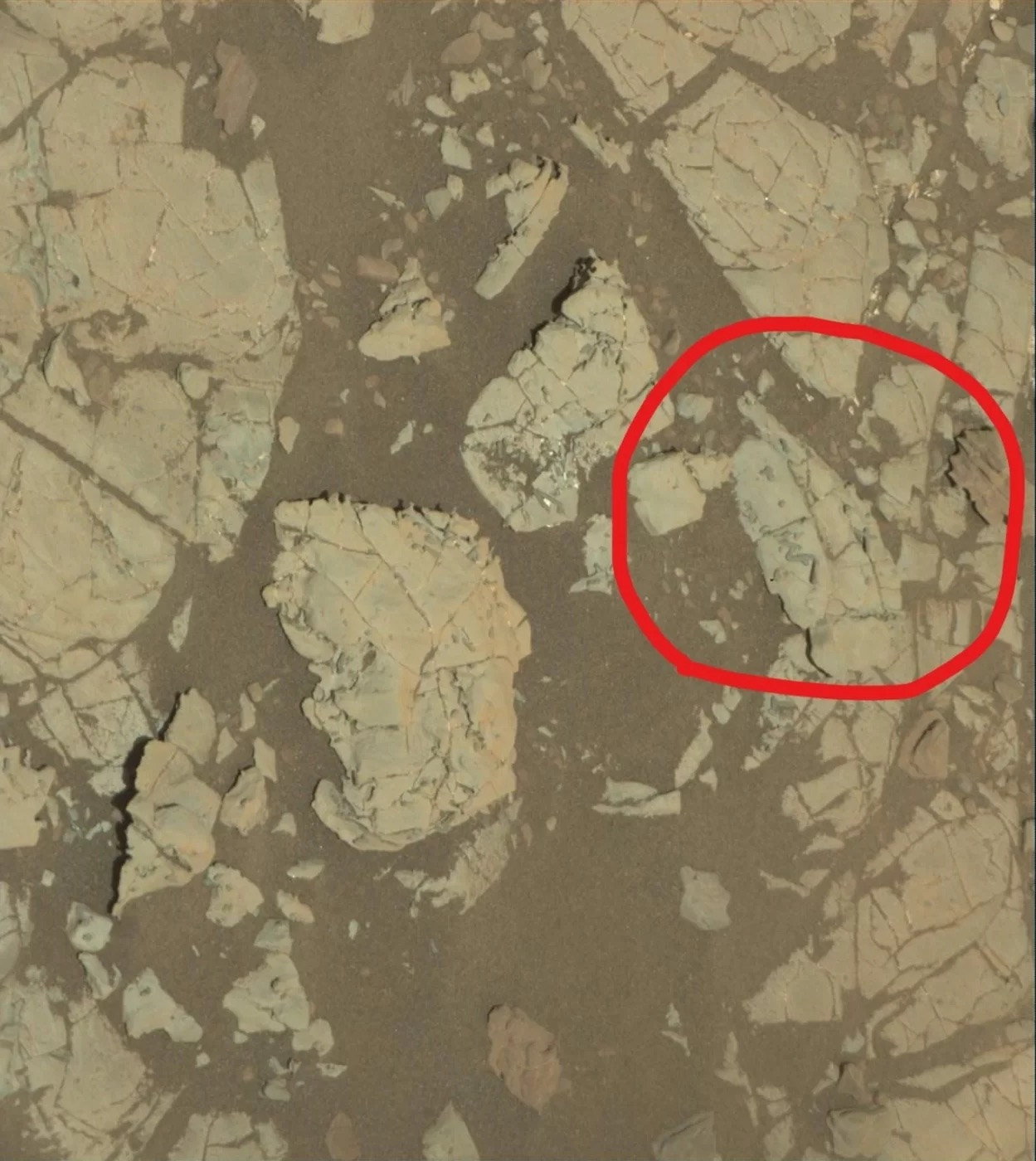 Trace fossils are marks or things left behind by living things do their thing, they are indirect remains of organisms, coprolites (poop), footprints, egg shells, ect. If we found a fossilized beehive or beaver dam those would also be trace fossils. Bioturbation is a specific type of traces fossil, marks of disturbances of the sediment itself animals leave behind, trackways and burrows are the classics.

Identifying bioturbation is tricky in a lot of cases, there are thousands of kinds which makes it worse, there is no way to give a direct answer. Your best bet is to find out what particular bioturbation they are referring to. Burrows, trackways, feeding trails, nest, hold marks the list is endless. there are nearly as many trace fossils as there are organisms that crawl or dig. Worse they are often very contextual and need examination of micro-structure. What is obvious a trace fossil in one formation will look identical to the naked untrained eye to something that is obviously not a trace fossil in a different formation. Generally you want to a specialized experts opinion before if saying something might be bioturbation someplace you don't expect it.

Even from a single location you can have a wide variety of forms, here are a few examples from the ordovician, ...the second of six periods of the Paleozoic Era, 485.4–443.8 million years ago. 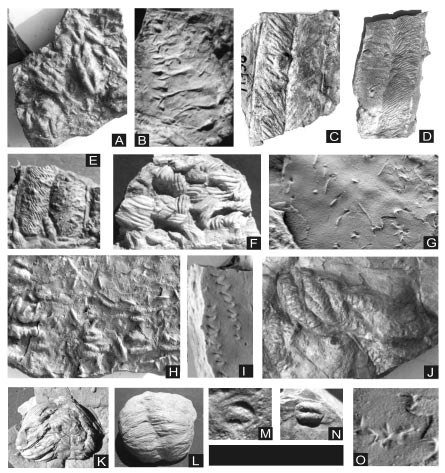 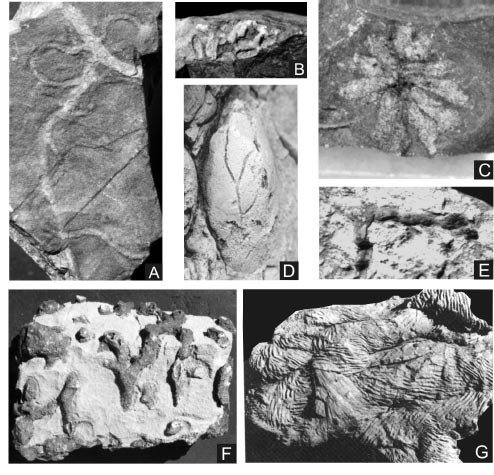 The photos from mars are not likely to be bioturbation but are almost certainly differential erosion of normal chemical variation in rock. They do not have any of the characteristics that scream "this has to be biological activity" like cross cutting bedding planes or parallel patterns. Sedimentary rocks are rarely homogenous and chemical processes combine with erosional ones can produce some weird results. for comparison here are a few things that are definitely NOT fossils. 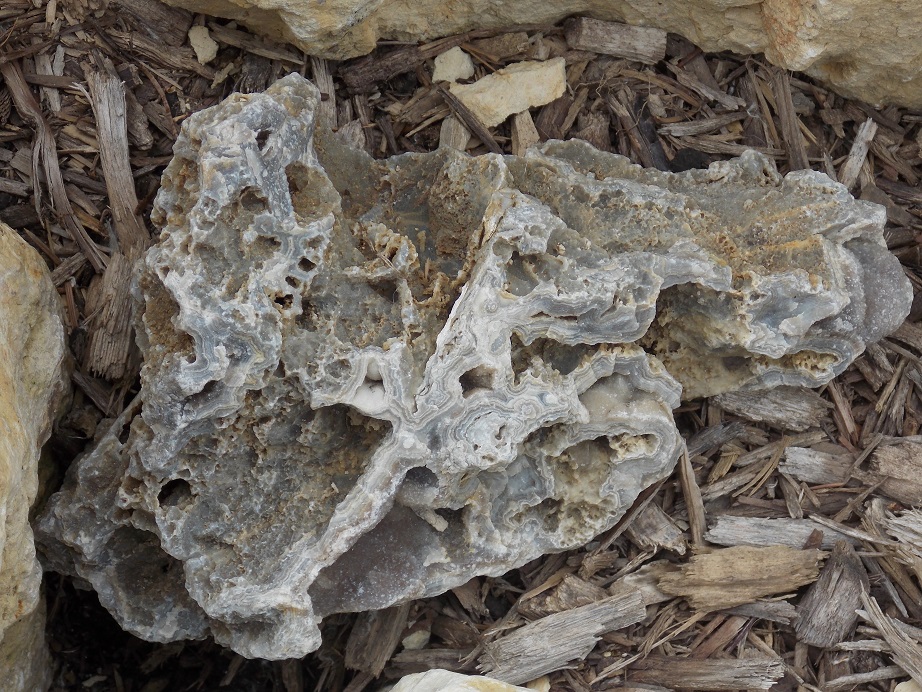 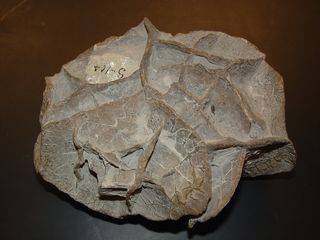 Pseudofossils are things lake look like fossils to the untrained eye but are just rocks, usually the leftovers of a chemical or erosional process. the term leaverite comes from geologists telling others "just leave're there"

Not the answer you're looking for? Browse other questions tagged planetary-science fossils mars or ask your own question.

15
What, if any, paleoclimate data can be derived from stromatolite fossils?
13
Is Mars' mantle homogeneous or heterogeneous and what might this say about mantle convection?
5
What would a planet's sky look like with different chemical compositions, such as low nitrogen, high methane etc?
3
How old are Pecten fossils in general?
4
"Impression and pseudomorphism" in fossils
12
Why are many fossils found in deserts?
6
Considering the thin piece of material on the surface of Mars in the image below, is there anything like it on Earth?
0
Are marine fossils in the mountain happens due to lower sea levels?
0
What are some effective approaches to enhancing fossils in amateur found rocks?