Is the Arctic ice dissapearing faster than IPCC models say?

Are observations of Arctic sea ice in accord with what the IPCC forecasts says they should be? And as such is the ice reducing in an exponential or linear way?

Projection: The IPCC has always confidently projected that the Arctic ice sheet was safe at least until 2050 or well beyond 2100. Reality: Summer ice is thinning faster than every climate projection, and today scientists predict an ice-free Arctic in years, not decades.

And then is this prediction based on the curved line on the left (found here)
or the straight one on the right (found here)
(both are from NSIDC data):

The IPCC said "Although the Hadley Centre climate model underestimates sea-ice extent and thickness, the trends of the two models are similar. Both models predict continued decreases in sea-ice thickness and extent (Vinnikov et al., 1999), so that by 2050, sea-ice extent is reduced to about 80% of area it covered at the mid-20th century." The graph on this IPCC page shows a predicted decline in annual average extent of about half a million km$^2$ from 2000 to now. Your monthly average graph shows a somewhat faster decline over this period.

The SA article talks about the much more drastic decline in minimum (September) extent. 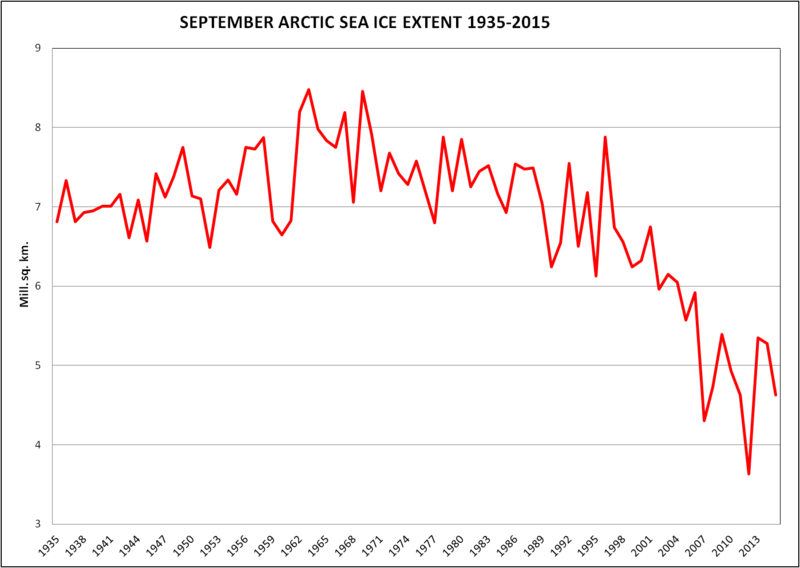 I can't find any IPCC prediction of minimums, so you could say the IPCC failed to predict it or you could say it's in accord with what the IPCC did predict about annual averages. 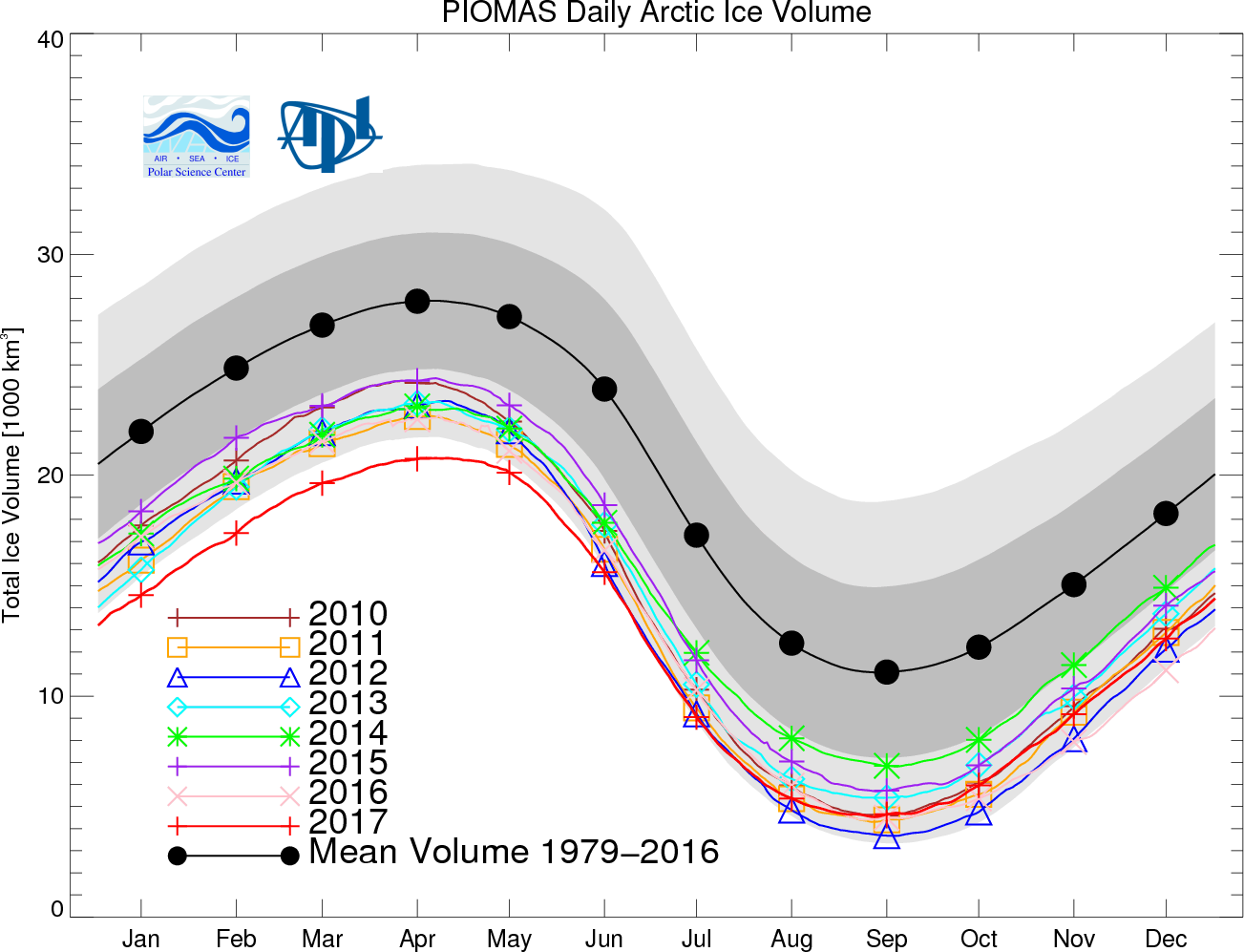 Not the answer you're looking for? Browse other questions tagged climate-change sea-ice arctic or ask your own question.