Based on multiple site sampling of airborne $PM_{2.5}$ and $PM_{10}$ , the elemental concentrations of the trace elements were analyzed.

I have found out in the site near surface coal mining zone presenting ~3-4 times of heavy metals ($As$, $Cd$ and $Pb$) compared to those of in other sites (~ 50 km away from the coal-production zone).

The receptor-oriented source apportionment tool was also applied, with a special factor could be identified which has high loading of element Cd, As, Pb.

Therefore, I infered that this factor might be attributed to coal mine dust. Since Zn, Cd, Pb were all existed in coal seams as some minerals and they can be emitted in the coal mining, transportation activities.

Since there have been none similar research pointing out this factor, I was doubt about the rationality of my judgement.

(2) This factor can be produced in PMF analysis for both $PM_{2.5}$ and $PM_{10}$ samples, respectively. If I removed the dataset of the corresponding site, this factor will be gone in the source identification analysis.

(1) The wind direction factor was also implemented. The source variability was not well in accordance with the wind field (As expected, the high contribution of coal mine dust should occurs in the time when the wind is coming from the direction of coal mining area)

(2) Combining with a prior knowledge, the source profile for coal mine dust (upper soil by wind-blown process) should enriched in coarse particles, while the high proportions of $As$, $Cd$, $Pb$ in $PM_{2.5}$/$PM_{10}$ were still founded in the coal-mining site.

The figures followed was the emission features of coal combustion and "coal mine dust"(inferred by myself).

I am not well satisfied with my interpretation on the apportionment results. I will be grateful if some researchers shed some light on this issue.

More information on the sampling sites

PM samples are simultaneously collected in six sites within the studied area in daily basis. As a energy base area, there are 8 coal-fired power stations within this area.

Site 1 was located near coal mine as the following figure. 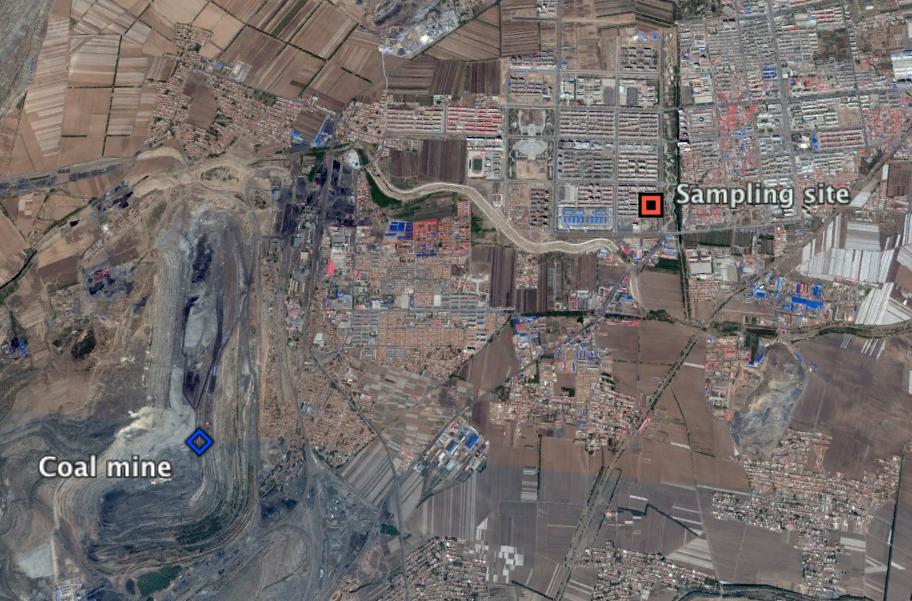 More information on the source identification.

One factor can be identified in all sites, with high mass loading of Na, Cr, As, Zn, Pb. These trace elements existing in coal can be volatilized in high temperature combustion processes and then coagulated into solid phase in atmosphere.

The seasonal variability of this factor also show the trend of highest contribution in winter. It might indicate the increasing coal combustion for domestic heating which is common in north China.

Thus, I inferred this factor was the emission from coal combustion (coal-fired power/heating plant and domestic uses of bulk coal).

The other factor which was similar with the factor in the source profile. High mass loading of As, Cd, Pb was also founded. Meanwhile, this factor presented elevated contribution only at the site near surface coal mining zone.

Therefore, I thought this factor should be the emission of coal mining activity.

Information of the coal mining

Responding to first answer, I investigated the coal mining activity in this area. Here is an figure of one of the coal strip mine and the coal is mined by mechanical cutting techniques. 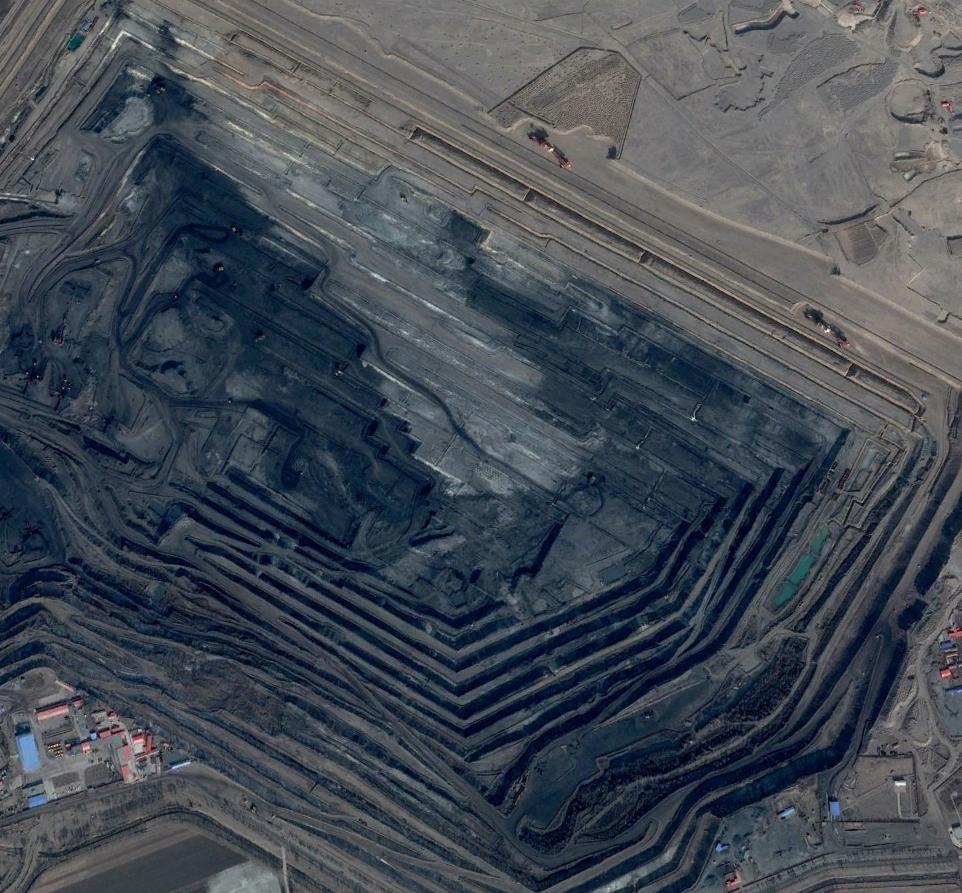 The first thing to consider is, if it is not the adjacent coal mine, what other nearby sources could produce such a result. Is there a coal fired power station or a factory nearby. If there are no other likely sources then the coal mine is still the most likely candidate as the source of the dust and metal contaminants.

The other thing to consider is how is the coal being mined in the open pit and how is dust being generated by the coal mine.

The most likely method of mining the coal would require the use of explosives and blasting. This can create large clouds of dust that can be high and wide. If the wind was not blowing when a blast occurred the dust may have reached your sensors.

If the coal is mined by mechanical cutting techniques dust will still be generated, but not in the same quantities as blasting produces.

The other ways dust is generated is by vehicles travelling on unsealed roads - the tyres of the vehicle churn up the dust on the roads.

Dust can also be blown from trucks loaded with coal or from conveyor belts conveying coal to a dump site. The loading of trucks will also generate dust, as will the dumping of coal.

From experience, the only way to control dust is to constantly spray with water. Do you know if the mine uses any for of dust suppression?

From what you have presented, the coal mine is the most likely source of the dust and metal contamination.

Not the answer you're looking for? Browse other questions tagged mineralogy air-pollution atmospheric-chemistry environmental-protection atmospheric-dust or ask your own question.

11
Fine particulate matter - Why the lack of attention? What can be done to tackle it?
10
What principles do we consider when selecting an air pollution monitor location?
5
Strange coating in old lime mine shaft
12
How to remove 'silk braid' noise in satellite data?
3
What control the atmospheric lifetime of different metals in aerosols?
5
What controls the tendency of trace elements in different particle size fractions?
4
Which particles are classified as PM2.5? How exactly is this defined?