A balloon falling from space?

How long would it take for a store bought rubber balloon filled in space with air to fall from space just outside the atmosphere and touch ground? Would it Pop?

Added after comments: Ideally you would like to have a balloon filled with 14 PSI before it was dropped so that way it maintains its shape all the way down to the ground. But being a normal party balloon has its problems. It would only take one PSI of ambient air to fill a party balloon in space and any more than that it would pop. I didn't take in consideration on how temperature would affect the rubber. On the sunny side it would be well above the melting point of the rubber. On the freezing shadow side of the Earth side the rubber would freeze becoming brittle and break.

Temperature outside would the pressure of falling through the atmosphere pop the balloon? 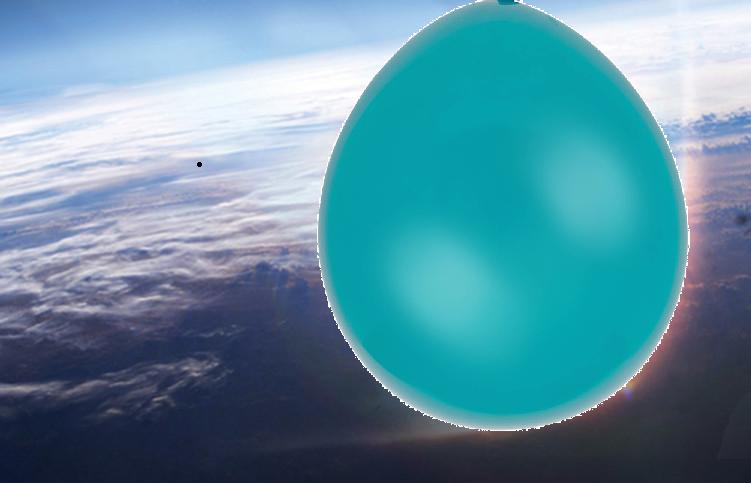 You cannot leave "temperature outside", as temperature is the key factor to know if the balloon would pop or not.

Let's set up some assumptions about the problem so we can calculate something:

With this we can calculate how many moles of gas the balloon can hold when inflated in space at a given temperature.

For the temperature I'll assume it will be something between the temperature of the cosmic microwave background radiation (if it is on the shade) of ~2.7 K (-270 °C), and the temperature that a black body that is illuminated by the Sun near Earth's orbit, which would be about 278 K (about 5°C). This assumes that the balloon is small enough so that heat can be transferred efficiently by diffusion from one side to the other (the calculation of this value can be seen in the code at the end and is based on the equation here).

With this range of temperatures we can find the volume of the balloon on the surface assuming a final pressure of 1 atm (101325 Pa) and a temperature of 15 °C.

We get the following relationship: 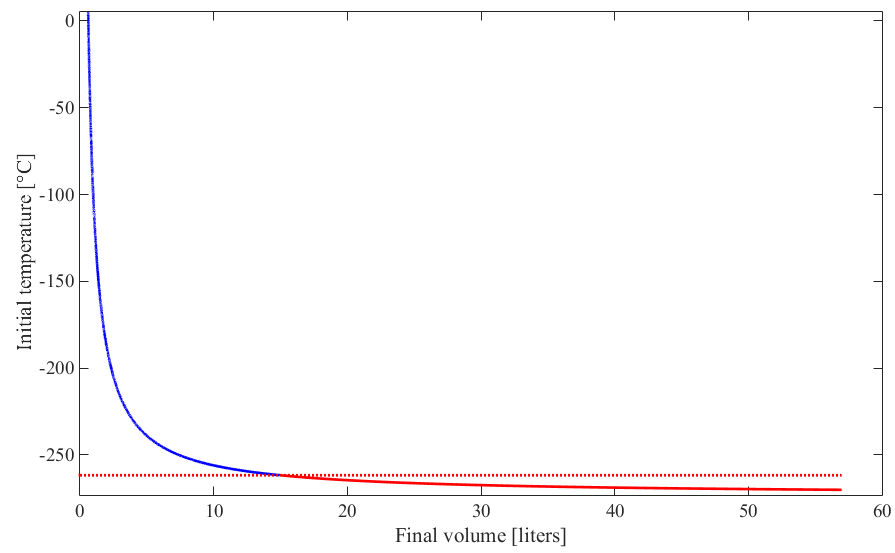 In red are the final volumes for which the balloon would explode and in blue when it wouldn't. The critical temperature in between is -262 °C (~11 K).

Therefore, the balloon would not pop as long as its initial temperature is higher than -262 °C.

This also assume that the hottest point in the trajectory is the surface. This means that we are assuming that the balloon will pass through the thermosphere fast enough to do not reach thermal equilibrium with it (it can be extremely hot). This could be a reasonable assumption given the very low density of that layer.

Of course this also assume the rubber of the balloon do not change its properties with temperature.

So, only once you specify the height at which you release the balloon and its initial temperature, then you can start calculating fall time. And that will be more difficult, because even if you assume the balloon is at free fall terminal velocity the whole time, this velocity will change along the fall line due to changes air density and balloon size. Air density and balloon size will affect air resistance and, therefore, terminal free fall speed. You will need to do an analytical or numerical integration of the fall to get the total time.

Matlab code used to generate the above figure

Not the answer you're looking for? Browse other questions tagged atmosphere thermodynamics gravity or ask your own question.

21
Does Earth's air leak into space over time?
11
Does gravity differ from place to place on Earth
1
Amount of Earths water with consideration to space travel?
7
How does Earth's heat escape to space?
8
On the light difference between morning and afternoon
6
Why is the upper atmosphere brighter than the lower atmosphere in some photos from space?
8
Does Earth risk losing its oceans to space due to global warming?
30
Global warming - why doesn´t mankind collect heat (thermal energy) and turn it into electricity or send it to space?