The text in brackets represents areas where I think such scenarios could happen.

Here's an amazing one:

In June 1991 category 3 Typhoon Yunya made landfall in central Luzon in the Philippines and gradually weakened as it moved across the island... however as it was near exiting the island... Mount Pinatubo sustained the largest volcanic eruption in our lifetimes -- almost directly in the center of the storm!

Here is a remarkable satellite loop showing the event unfold. 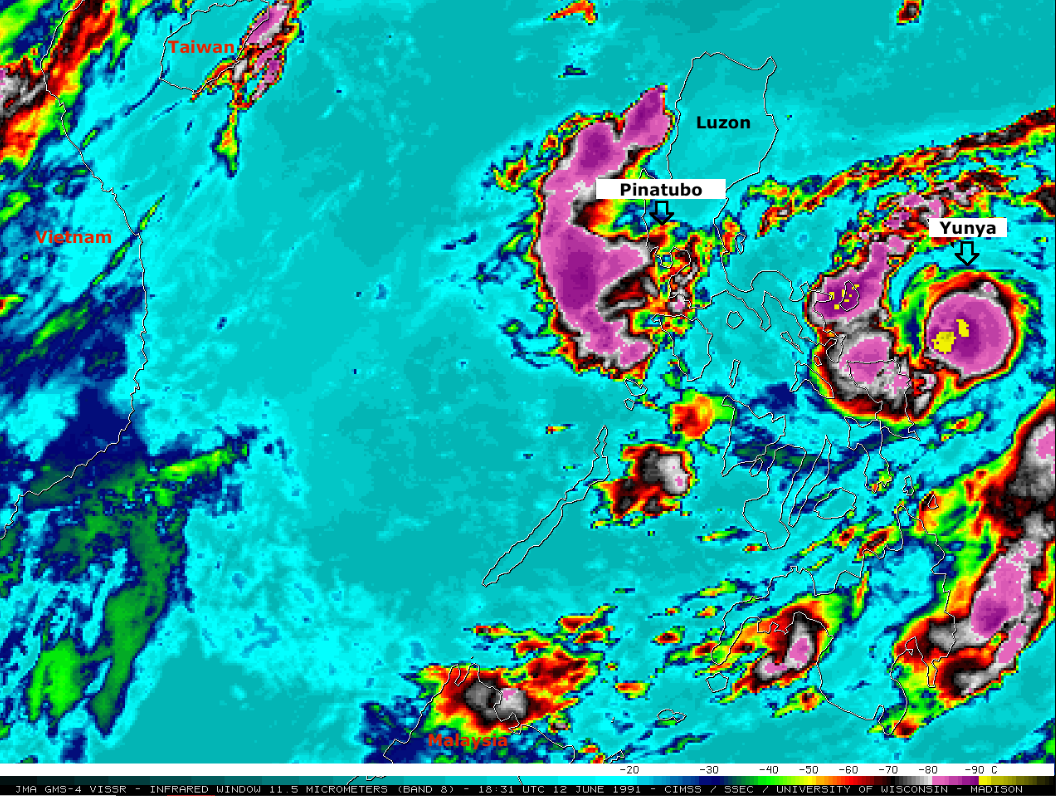 Screen cap shortly before the event unfolder showing the locations, from UW CIMSS

The CIMSS Satellite Blog has a nice post writing up the event, along with a collection of additional satellite data.

Here's a list of common disasters that associate with each other:

...and probably several more. But many times such an occurrence is typical, and often happen; such as oceanic earthquakes and hurricanes causing tsunamis; However, some of them are less likely to happen; such as the 'firenado'.

A great example of a scenario you're asking to see is Hurricane Sandy's effects on North America.

Sandy was known to be one of the worst hurricanes ever recorded; damagewise, costwise, and wave height (what you wanted to hear :D). It has been recorded on CNN (the link added goes to the CNN article on Sandy) that its wave heights reached 32.5 feet (roughly 9.9 meters) in height.

So in conclusion; occurrences like this happen, and some of them are typically known to occur in some the circumstances listed above.

(Information on Hurricane Sandy was grabbed from CNN)

(Information on the scenarios listed above were grabbed from google)

Not the answer you're looking for? Browse other questions tagged natural-disasters extreme-weather or ask your own question.