How does temperature impact the elevation distribution of orographic precipitation?

Consider the case of two weather systems of different temperatures hitting the Andes Mountains from the west: After traveling a long distance over the Pacific ocean I would expect the air in both systems to be water saturated (i.e. Relative Humidity of 100%). However, the warmer system will be carrying more water and it will drop more water over the mountains (correct me if I got something wrong up to this point).

In case particular details are needed to answer this question, I'll describe now my main area of interest, that correspond to the Patagonian icefields, in the southern tip of South America between latitudes 46 to 51Â° South, roughly 500 km in the north-south direction. The area corresponds to the red box in the following world map:

The size of the area would put it in the the upper boundary of the mesoscale meteorology. However, topography gradients can vary quite a bit within the domain.

The following image show how the area looks from above, with a sat image on the left (where the ice extent is clear) and the topography on the right: 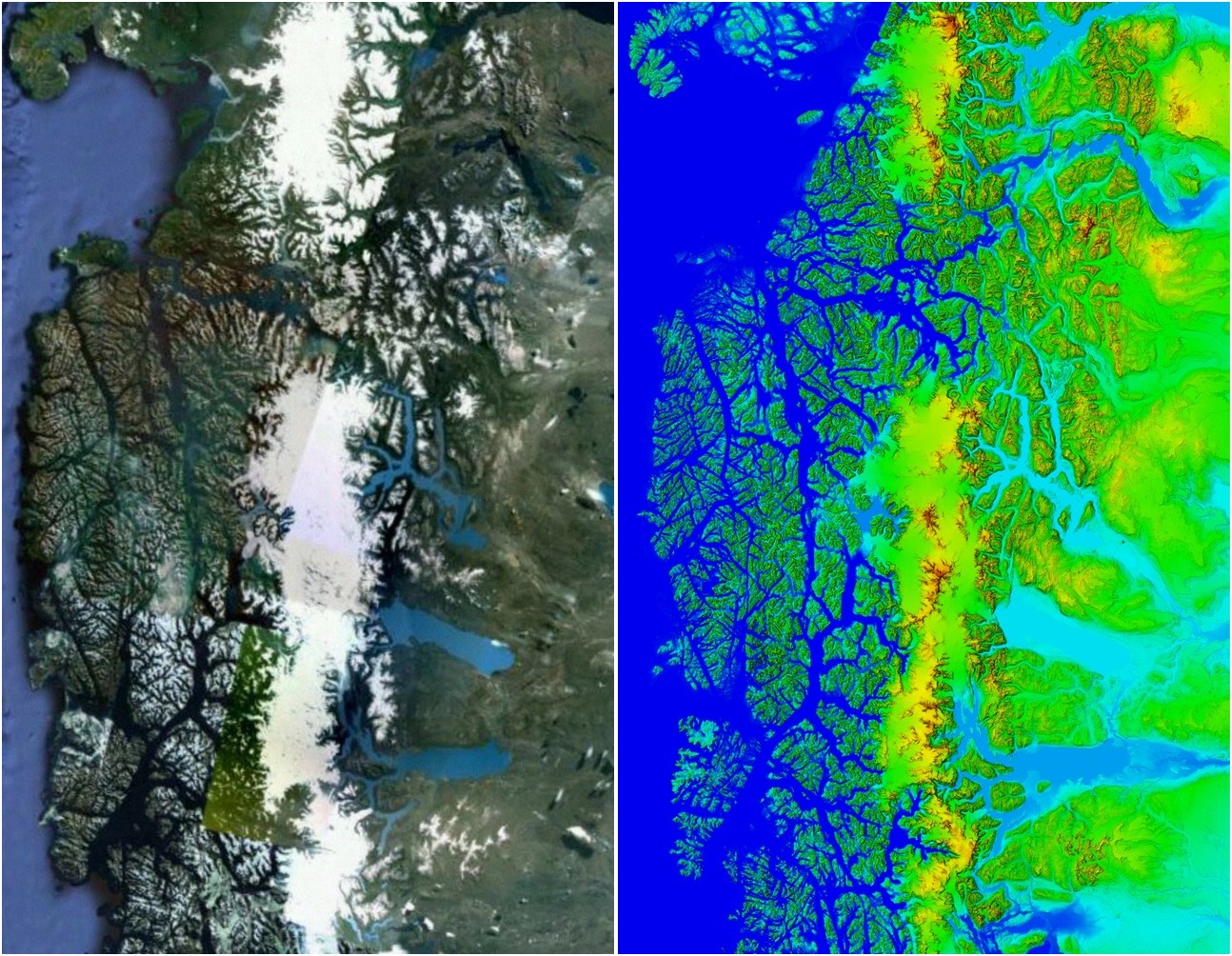 I have averaged the above elevation model in the north-south direction to obtain the average topography profile that Westerlies will face when hitting the mountains from the West (predominant winds come from between W and NW direction). This is how it looks:

The red lines (40 km apart) indicate roughly the currently ice covered longitudinal band. To the west of it, liquid precipitation dominates and there is no permanent ice cover. To the east, there is very little precipitation (dry pampas) and therefore no ice cover either.

The tree line in the area is usually between 400 and 600 m of elevation, represented by the green lines in the graph above.

The mean wind speed (from a 22 year average dataset) when the winds hit the land is between 7 and 8 m/s (25-29 km/h), as show by the shading and contours in this figure: 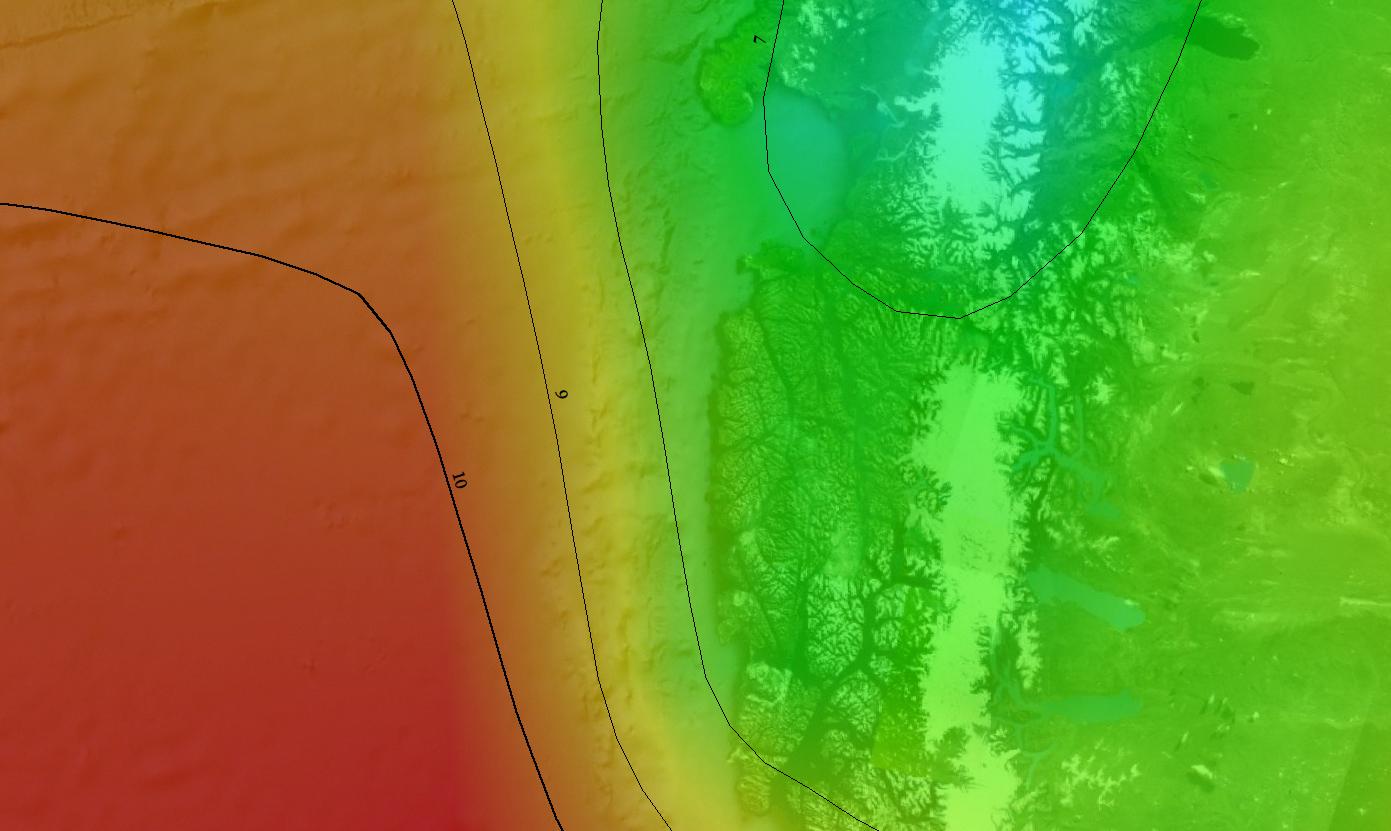 From the same 22-year average dataset. The typical 10-meter air temperature on the ocean just before hitting the land is between 6 and 7 Â°C.

Because the air masses begin precipitating at different altitudes, the point of maximum intensity would also be lower for the warm air mass.

Not the answer you're looking for? Browse other questions tagged atmosphere atmosphere-modelling precipitation orography or ask your own question.

6
If there's more water in the atmosphere due to global warming, how are there fewer mountain glaciers?
9
Why do rivers sometimes travel down the opposite side of the mountains from where the rain happens?

22
Significant difference between averaged wind speeds and averaged wind power density, for wind generation modelling?
11
Why is Egypt so dry?
1
Wind speed, precipitation, extreme daily precipitation
3
How do you calculate the elevation at which clouds will form (lifting condensation level)?
2
what is the best way to detect spatial and temporal pattern of precipitation in mountainous region?
0
Over which surface will the albedo changes due to clear and overcast skies have the greatest impact?
5
What causes these periodic high-pressure blobs along the west coast of South America?