As a (smaller) part of my research, I want to look at climate projection data and how that might influence the hydrology within a study catchment in Rajasthan, India. For "the present day" climate, I run a simple soil moisture model that gives an estimate of the groundwater recharge.

I aquired MPI-ESM data for the pathways RCP4.5 and RCP8.5 downscaled as part of the CORDEX project for the years 2006-2100. The annual means (or sums, in case of precipitation) are shown below for r1i1p1. 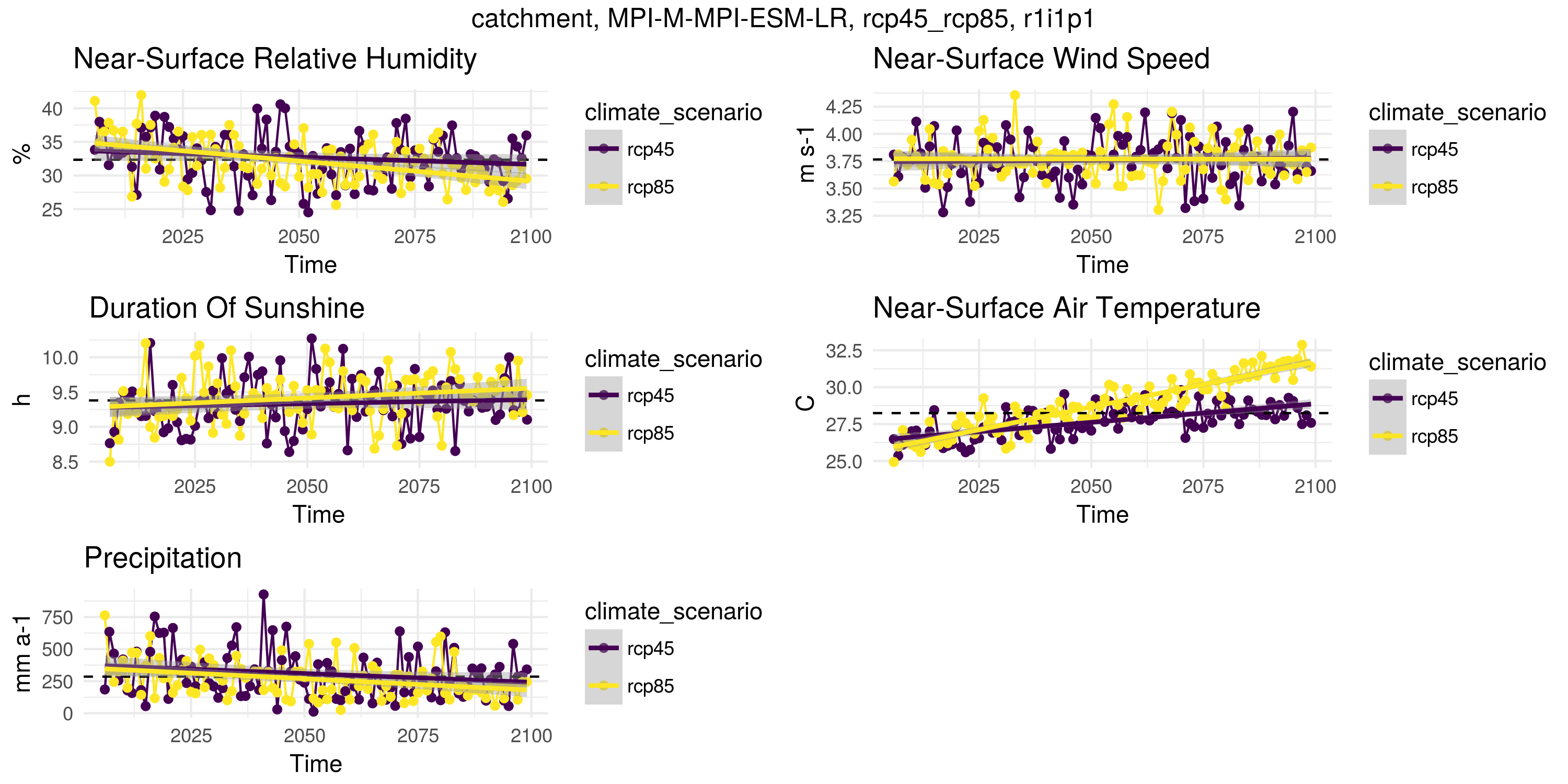 However, the mean annual observational values for the last few decades are:

Some of the variables, such as windspeed, are not yet adjusted to the same reference height, however the most striking deviation is the predicted precipitation, which even for the "present" is far off.

What simple possibilities are there to transform the RCP data to "fit" the observational data in the beginning of the projections? As mentioned, this is a side part and there are no resources for an elaborate approach. Would it be possible to normalize the RCP timeseries with its own "beginning", say the mean of the variables of the first twenty years, and then multiply it with the observational values above? That way I would get move the beginning of the time series closer to the observations while still maintaining the (relative) trend in the data. 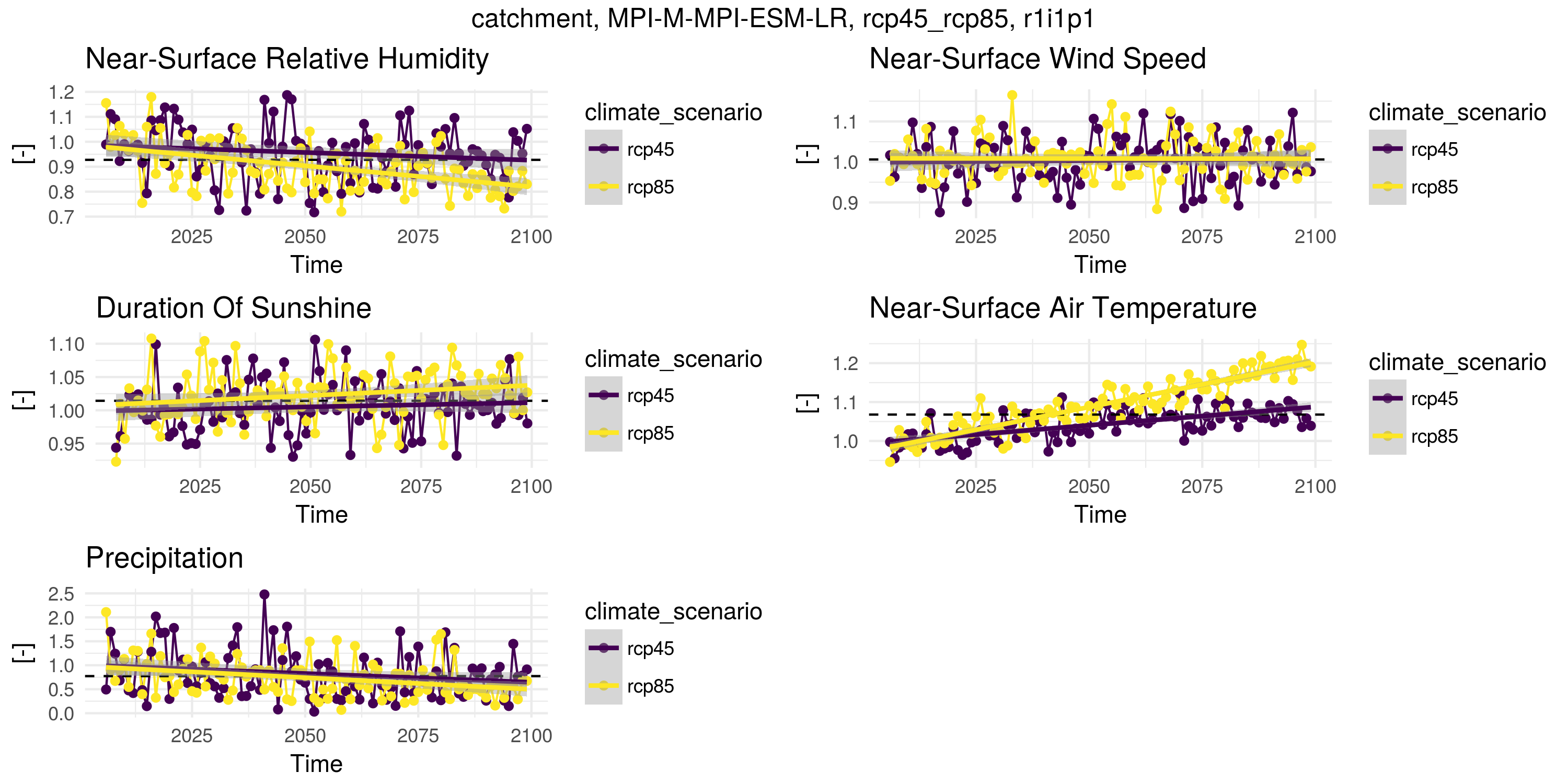 Rescaled with the observational data: 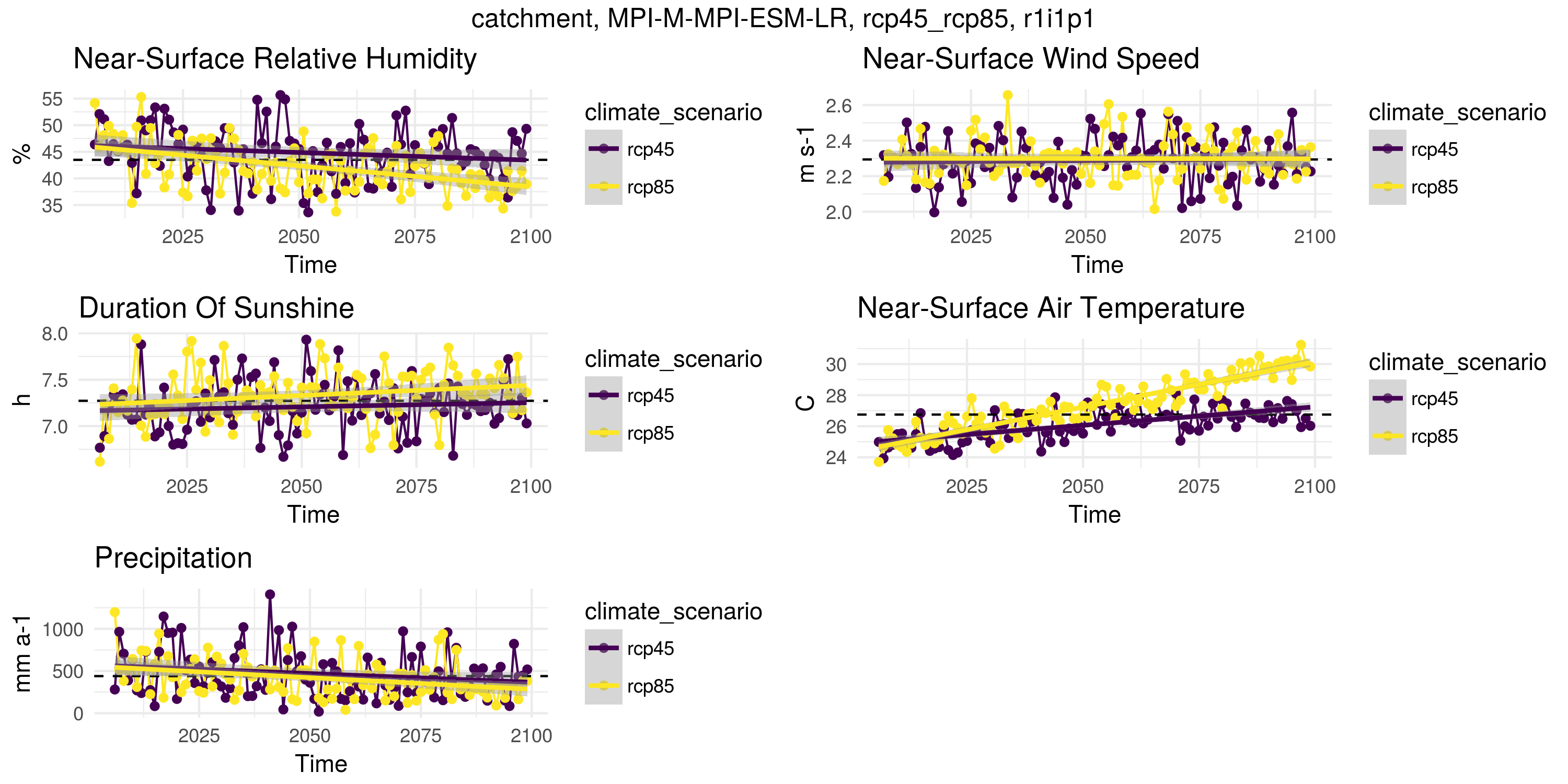 How would one then continue? I'm aware that the signal is only within the trend, so would I look at two years, e.g. 2050 and 2080, that both are represented as the mean values of the year +- 15 years, similar to the data provided by WorldClim? Also, would I calculate the means time-step wise?

Browse other questions tagged climate-change hydrology climate-models or ask your own question.

21
Significant difference between averaged wind speeds and averaged wind power density, for wind generation modelling?
16
What is the methodology to analyze future climatic extremes using the results of climate models?
3
High resolution global land use projections
8
Confusion with precipitation values in CORDEX MPI-ESM rcp data
2
Why rely on climate models as opposed to paleoclimate data?
4
How to explain the remarkable regularity of the increased concentration of atmospheric carbon dioxide?