How did the Ural mountains form?

EDIT: Here are few links with tectonic plate maps, demonstrating that there is no known division between plates at the location of the Ural mountains. Of course, I can't independently verify these, I'm just relying on consistency of unknown sources.

The Ural mountains are one of the oldest mountain ranges on Earth. They started forming about 300 Ma ago by the subduction of the oceanic crust once attached to the Kazakhstania plate under the ancient Laurussia continent. A subduction process that finished about 240 Ma ago.

The tectonic plates are far from fixed, some of them disappear over time other new ones can form, they can move, merge and split. The ones involved in the formation of the Ural mountains are not currently considered tectonic plates by themselves, they are part of the Eurasian plate now.

To understand the scale and magnitud of the changes in the tectonic configuration I strongly recommend you to carefully look at the wonderful animation produced by Christopher Scotese, as part of the PALEOMAP Project. To find the answer to your question, I would recommend you to pay special attention starting on minute 3:10, by following the area that I've highlighted with red lines in the following screenshot of that video: 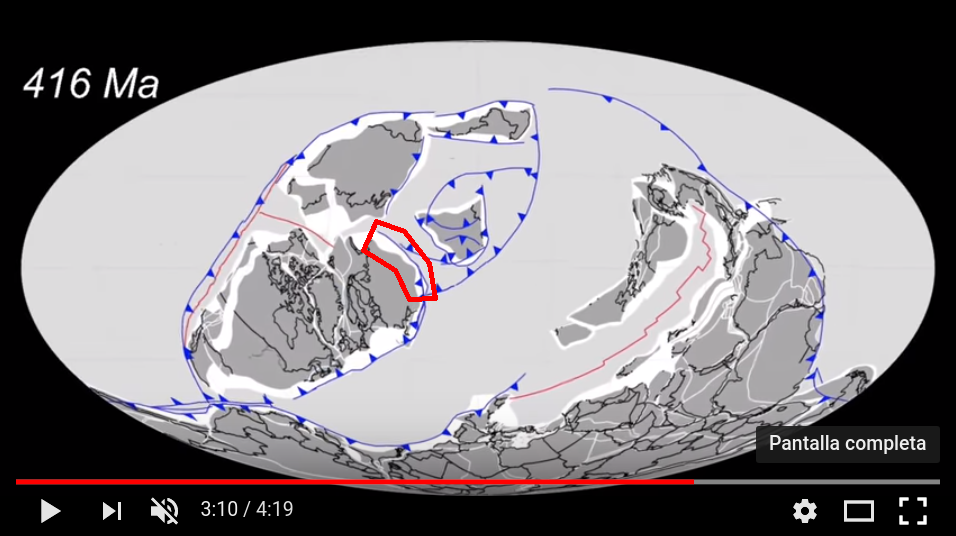 You will see that 416 Ma ago and before there was an active subduction boundary there inside the red polygon. So mountains were getting formed, the ocean in front of that boundary closed-up and disappear about ~240 Ma ago, giving the final push for the formation of a mountain range, that, if you follow it carefully, corresponds to the Ural mountains we know today.

Not the answer you're looking for? Browse other questions tagged geophysics plate-tectonics geography mountains geomorphology or ask your own question.

16
How did this rock dome (pictured) form?
10
What is the age of the Gamburtsev Mountains?
5
How are small mountains created?
5
What causes jagged appearance of mountains in SE Asia?
3
How Do Plateaus Really Form?
2
How do fold mountains form?
5
Does erosion make mountains become higher?
8
How does a subduction zone form mountains?