Can a shock wave travel around the Earth's curvature? 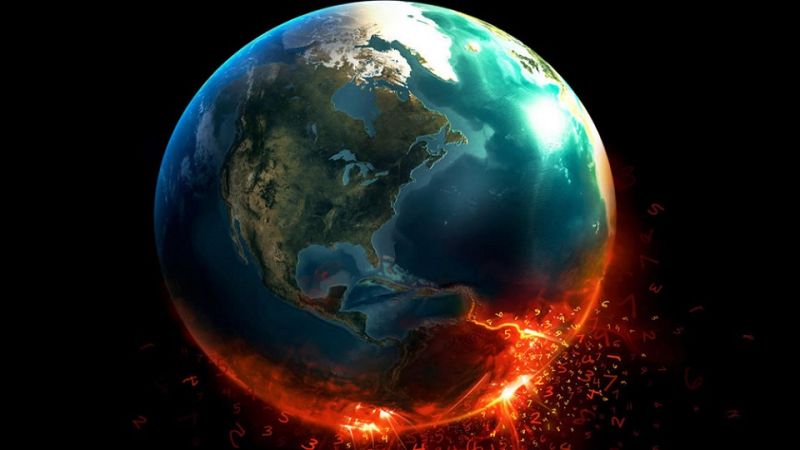 This is from a broad question that I am breaking up in 3 questions. Feel free to edit.

Scenario 2. On or Underground in a cave?

The processes are a mixture of interesting relationships. An asteroid hitting the other side of the planet that could cause such a shock would be massive in scope and would cause significant issues. As far as we known, geologists,etc, its not impossible, but very very unlikely unless we are looking at an extinction type vent. I would imagine any planes would fare well that are either in the direct patch of the asteroid or in the general vicinity of the impact. We are talking the impact equivalent of several nuclear bombs.

However, with seismological equipment (seismograph) we can with great clarity, monitor explosions, earthquakes, or impacts. Seismographs during WW2 and later where used to detect nuclear detonations.

Due to the crustal composition, or earths composition the shock-wave would travel through the lithosphere (crust and upper mantle) and I would imagine would spread similar to that of earthquakes. Such as certain waves traveling through the crust that a berried by transitions between the layers and some will pass through the liquid layers of the planet. That whole thing is enough to give you a headache, fascinating non the less.

If you want to learn more about asteroids, I would suggest starting with: https://en.wikipedia.org/wiki/Meteor_Crater

Now it is specific to meteors and may not answer your specific question but it is an interesting read.

This information came from a geology student. This is my first post and I am just trying to follow the rules.

Hope that gave some insight!

Oh as for a cave, it would depend where, but you definitely could in the right locality and it would be the last place Id want to be, at least during impact and initial effects following the impact. If you into mega nature processes, check out the lat 1800's eruption of Krakatau, its explosion is the largest record in the US and what hear as far as Australia. Or Columbia river flood basalt or the ignimbrite storm.

Not the answer you're looking for? Browse other questions tagged geology geophysics plate-tectonics crust or ask your own question.

-3
Safest spots when an asteroid hits?

13
How is abundance of elements in the Earth's crust estimated?
6
What was the likely composition of Earth's early crust (how did crustal composition evolve)?
7
What fraction of Earth's crustal material survives the supercontinent cycle?
4
How do the different densities of the oceanic and continental crust affect earth's outer shape?
2
Travel Times for Seismic Wave Types - Why reflected t-x plot curves
3
What was the Earth's continent's positions 10000 years ago, or 11700 years ago, AKA when the late Pleistocene epoch was coming to an end?
2
Term for the Process of the Early Earth's Crust's Changing Mineral Composition