What is this white rock with black speckles throughout? [closed]

Ask Question
Asked 1 year, 10 months ago
Active 7 months ago
Viewed 741 times
3
$\begingroup$
Closed. This question is off-topic. It is not currently accepting answers.

I was wondering if you have any ideas on what kind of rock this might be? I know that it doesn't effervesce with HCl (no reaction with hydrochloric acid at all) and the size and shape of each grain is <1mm. The texture is smooth. The rock is also scratched by glass and weighs 189.5 g. 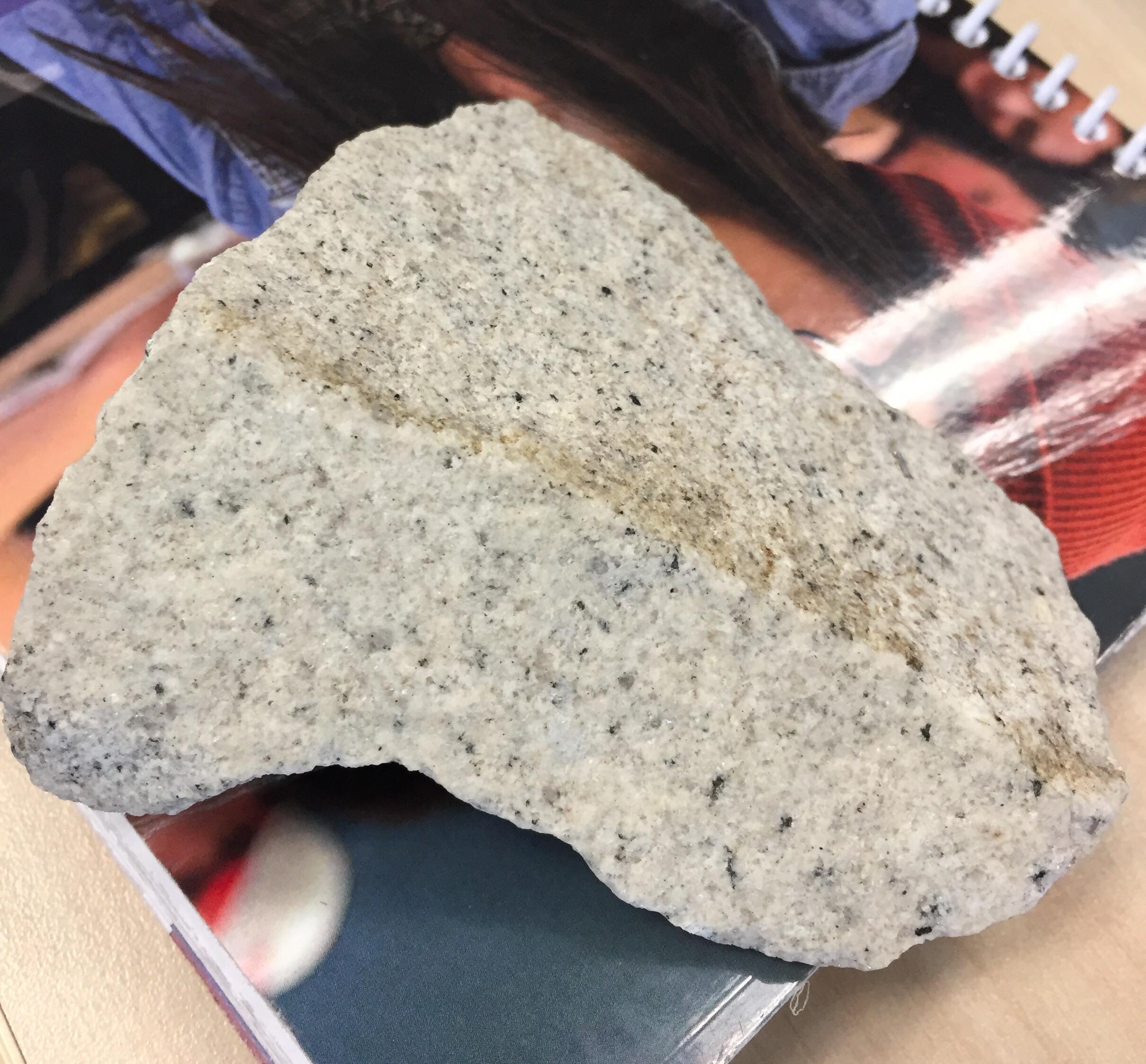 Any help would be greatly appreciated. Thanks!

Your rock is either a granite, a granodiorite, or a tonalite.

If you look carefully, the grey bits are a bit translucent and look waxy. This is quartz. The white stuff sparkles slightly when you look at it in strong light from different angles. This is feldspar. The black stuff is either biotite mica or hornblende amphibole, but it's impossible to tell from the image.

The reason it's one of the three mentioned above is because it is impossible from the image alone to identify which kinds of feldspars are in the rock, but it doesn't really matter. You can just call it a granite and it will be good enough.

The rock is also scratched by glass

I suspect that what you're seeing is the glass being smeared on the rock, and not the rock being scratched by glass. Wipe the mark off, do you still see a scratch? Is the scratch on everything, or only the white stuff?

Looks like deorite. It’s used around railroad tracks in my area. https://flexiblelearning.auckland.ac.nz/rocks_minerals/rocks/diorite.html

Not the answer you're looking for? Browse other questions tagged geology identification-request rocks or ask your own question.