What are the Earth's maximum and minimum orbital speeds around the Sun?

Is there any way to calculate orbital speed at any point of Earth's orbit? Is there a way to relate this to the calendar?

Does the change in speed during an orbit around the Sun affect Earth's revolution time around its own axis? (24 hours slightly more or less on day to day basis)

The Earth moves faster around the Sun when it is near its perihelion (the closest point of its orbit to the Sun). And it moves slower when it is further away (aphelion), just as Kepler realized quite a while ago when enunciating his Third Law of Planetary Motion. There are many ways to write a formula to calculate Earth's speed around the Sun. But for your question I think this one is simple and general enough:

Where $v$ is Earth's speed, $G$ is the gravitational constant, $M_s$ is the mass of the Sun (this equation assumes that the mass of Earth is negligible compared to the mass of the Sun, which is a very good approximation), $a$ is Earth's semi-major axis of orbit (which defines how elliptic or how circular the orbit is), and $r$ is the distance from the Earth to the Sun.

And the closest and furthest distances respectively are about 147.1 million kilometers (around January 3) and about 152.1 million kilometers (around July 4). Plugging those numbers into the equation you get a maximum speed of 30.3 km/s and a minimum of 29.3 km/s. In contrast, the speed due to Earth's rotation around its own axis, is at most (i.e. in the equator) about 0.5 km/s.

For any given day, the calculation of the distance to the Sun is complicated, but websites like this one, provide a real time value you can use in the above formula [that site also provides the speed right away!].

These values are basically the same from one year to another. However, they do slowly change as the eccentricity of Earth's orbit gradually varies over a ~400,000 years cycle as described by the Milankovitch cycles.

Now, for Earth's speed of rotation about its own axis the value is pretty much the same each day; variations are of day length are on the order of a fraction of a millisecond. Part of that variation is periodic and more or less predictable and another part is from other less predictable factors. But for all practical purposes the length of the day is constant through the year. The following figure shows those tiny variations in day length since the early 1960's: 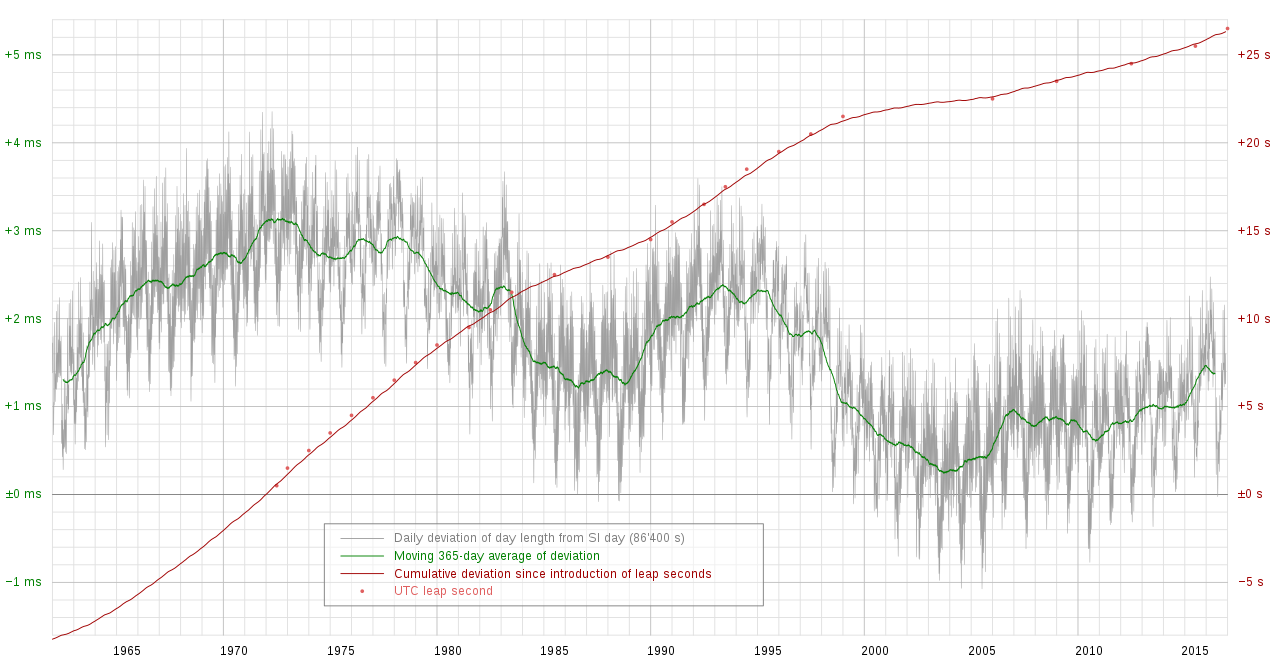 But as a consequence of these tiny variations, almost every year one or two (leap seconds) are added to our clocks to keep them aligned with the rotation of the Earth. In the long run (millennia), Earth days are getting longer (~0.017 milliseconds per year). Some of the factors involved were discussed in this question.

Finally to address whether changes in orbital speed affect rotational speed: I don't think so. For what I understand none of those small changes in the length of the day is a direct consequence of changes in the orbital speed. However, despite there is no changes in the speed of rotation, what we generally understand as a day (i.e. the time between two consecutive sunrises, sunsets or noon), is not only controlled by the rotation of the Earth around its axis. In fact, one out of the ~365 days of the year is consequence of Earth's revolution around the Sun, not its rotation. And that one-day contribution give rise to the difference between a day and a sidereal day, and the variations in the duration of the apparent solar day, variations that are directly controlled by Earth's orbital speed and can change the time between solar noon up to about 30 seconds over a year.

Not the answer you're looking for? Browse other questions tagged geophysics earth-rotation earth-system solar-terrestrial-physics time or ask your own question.

11
What is the fastest the Earth has ever spun?
3
Will the definition of the second be changed?

17
What geophysical events can (temporarily) increase the Earth's rate of rotation?
13
Climate on an Earth without an Axial Tilt
5
Wobbly Tire Theory — Is there an existing theory that fits the following description?
6
Is there a time difference between two points at the same longitude but at different latitudes?
6
How much does the electric current within the Earth' core depend on the axis of the Earth's orbit?
6
Where is the Arctic Circle for civil and astronomical twilight?
6
Does the Coriolis Effect affect a wind from East to West?
9
Does the global temperature vary daily (hotter and colder days)?
2
Estimation on how cold will my pond get - intent is to know if certain fish can survive in it
4
How many days has it been since the Cambrian explosion?