Formation of ice and hence more dense saltwater sinking happens in both polar regions, creating downwellings. Meanwhile, only a few spots in Antarctica have upwellings

I refer to this image: 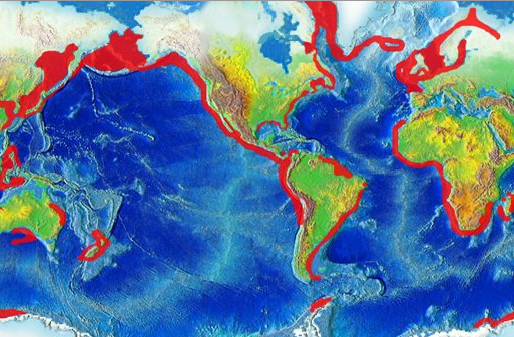 First, we might want to distinguish between the different types of upwelling:

The question also mentions downwelling associated with dense water formation. Deep water forms at high latitudes (typically north and south of 60°) in both the southern and northern hemispheres. As mentioned in the question, ice contains almost no salt, so when ice forms, a salty, sub-zero brine is left behind and sinks. In the Antarctic, as the saltier water moves down, it mixes with slightly warmer intermediate water. The mixture becomes Antarctic Bottom Water (AABW), which flows northwards along the bottom in all the main oceans. In the Arctic, the northward flowing branch of the Gulf Stream (salty and warm) joins the subpolar gyre and enters the Labrador Sea where as it cools, it starts to sink. The eastern branch of the Gulf Stream begins to sink in the Nordic Seas. The resulting water masses combine to form the dense North Atlantic Deep Water (NADW) that flows south at depth. Both the creation of AABW and NADW can be considered downwelling, as there is a net downward flow in the formation areas, but they are not related to wind-driven downwelling in the vicinity of coasts.

Not the answer you're looking for? Browse other questions tagged ocean ocean-currents antarctic or ask your own question.

7
Thermohaline: Why is cold and dense seawater salty when warm water holds more dissolved salts?
18
Is this 70km crack in an ice shelf of Antarctica remarkable, or a regular occurrence?
5
Why antarctic research stations are built above ground instead of on the ground or underground?
27
Antarctic and arctic meltwater is "bad" because it's dark, but why is transparent liquid on white stuff so dark?