If water is a renewable resource, why is there water scarcity?

Water is a renewable resource, renewed by the water cycle.

If we use water too quickly, water should get evaporated and come down again as precipitation.

So, Why is there water scarcity if water is a renewable resource?

What I miss in the other answers is water quality.

Even is there is sufficient water available it is often of insufficient quality for the purpose you want it for:

So you need to spend effort to prepare it for use. This adds to the experience of shortage.

I would summarize the main factors that can lead to water scarcity in the following points: 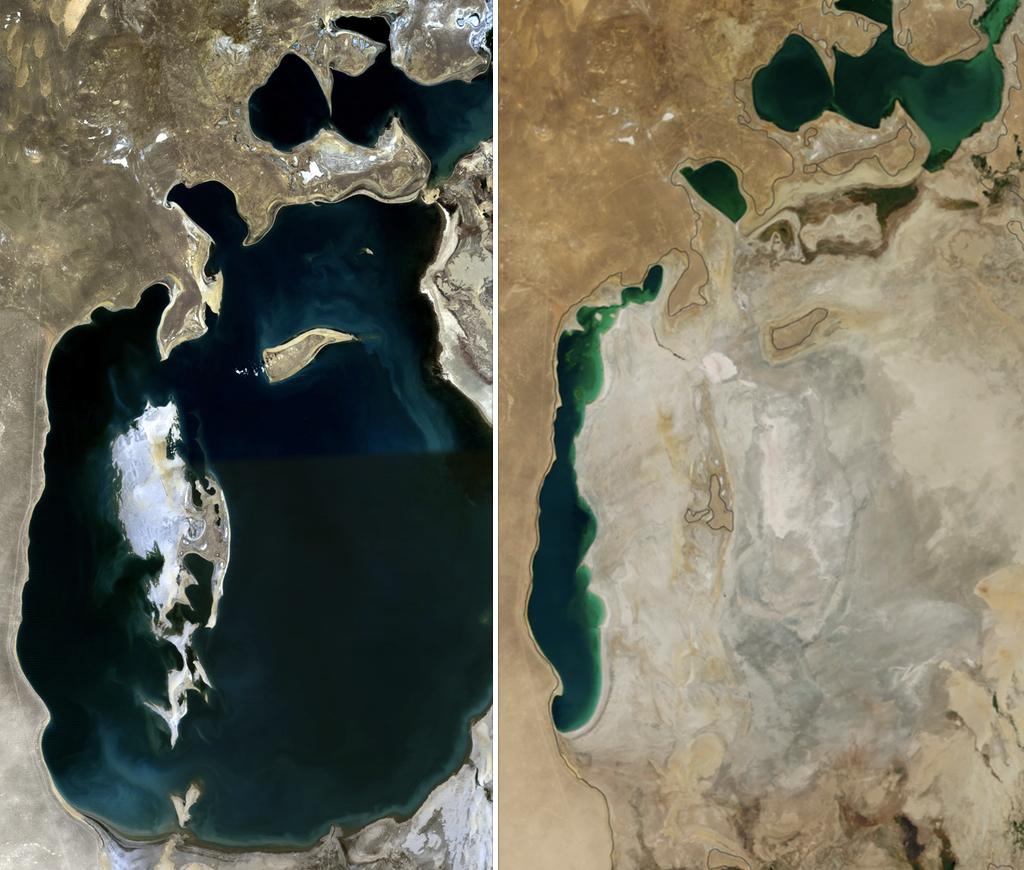 Rainwater seem to us an endless resource, in the same way a few hundred years ago the forests or the whales seemed endless. But if we consider that an US citizen uses in average about 1580 $\text{m}^3$ of water a year, and that the total amount of rain that fall on land in the entire world every year is about $10^{14} \text{m}^3$ (100,000 billion $\text{m}^3$). Then, you can easily calculate that all the rain in the world (even if we could use it all), would be enough only to sustain about 70 billion US-type-humans, a number that is not that far off the 11.2 billion we are supposed to be by 2100. And consider that we should leave "some water" for other animals and wild plants too.

Then, recognizing that rainfall is not endless compared with the world's population needs. And acknowledging the fact that we don't have enough storage and/or transport capacity to use much of the rain, as it happens to falls during storms when we don't need it or in faraway places. Then it should become more clear why it might become tricky to supply water to everyone in the future. Specially for:

You have to consider the source of water for each location. Groundwater, for example, is a fairly abundant but non-renewable water source in some locations. It can take a centuries to replenish.

River water fed by mountain glaciers depends on the size of the glacier, as the glaciers shrink, meltwater decreases.

Regions that depend on rainwater or snowmelt can experience water shortages when there's a low-snow winter or drought.

Water shortage depends a lot the location and the source of that regions water.

NYCity for example depends on reservoirs upstate that are fed by rain and snow-melt, and when they started to have some shortages, which weren't uncommon during low snow years in the 80s and 90s, they began (temporarily and only during drought years) drawing water from the Hudson river, which required more filtration but it's abundant. NYC is proud of it's tap water and the Hudson water, even if just 10% of the tap water supply for a summer here or there, wasn't very popular. Could be worse, Los Angeles they drink filtered and purified sewage water. Yum.

Now that the catskill aqueduct is finished, NYC doesn't have to draw from the Hudson during low-snow years. Much of California also depends on enormous aqueducts, which are some of the largest construction projects in the US and perhaps somewhat obvious, they experience water shortages a lot.

It's also problematic to draw water from lakes because lakes don't necessarily fill up that fast. Lakes are reservoirs, but can be slow to refill. Drawing water from the great lakes, the largest fresh water source in the world outside of the large glaciers isn't a long term solution because the Great lakes don't refill very fast. Also, if you were to draw enough water from the great lakes, that would reduce Niagara Falls' electrical generation. (which might be secondary to water needs but just throwing that out there.)

Fresh water demand has largely emptied the Aral sea. The water that kept it full has been diverted for soviet irrigation projects and the sea, since it's no longer refilling, is now nearly gone.

Bottom line is that there's a finite amount of rain water and snow runoff which is the vast majority of the renewable water supply and there's a lot of demand for it, when you consider all it's used for both naturally and by man, including filling rivers and lakes, supplying the forests and natural areas, farming demands and tap water needs. There's a huge demand. The entire picture is complicated, but because ocean water is difficult and costly to purify and because lakes and underground sources can be depleted, there is a finite amount of readily usable water which varies year to year and that hits some regions harder than others.

Due to the following reasons; our world is facing water scarcity:

Most of the underlying causes of water shortages have been noted by others, but there are a few issues that need to be highlighted: the primary use of water is Agriculture. As populations advance and develop tastes for Western food, much greater pressure is put on the land to produce more. Certain crops like maize and cotton are water hungry. Even the best quality soils have only a certain water retaining capacity. Artificial fertilizers are added,usually in a greater concentration than is necessary for plant growth. Gradually the soil becomes burnt out or salinated. Any water applied to such soils will flow off the land and contaminate lakes (Lake Erie for example) or rivers. Thus large amounts of water become useless for other uses (Industry or Drinking)

We have TONS OF water. question is ..

1)You have to consider the source of water for each location. Groundwater, for example, is a fairly abundant but non-renewable water source in some locations. It can take a centuries to replenish. 2)River water fed by mountain glaciers depends on the size of the glacier, as the glaciers shrink, meltwater decreases. 3)Regions that depend on rainwater or snowmelt can experience water shortages when there's a low-snow winter or drought. Even is there is sufficient water available it is often of insufficient quality for the purpose you want it for We often don't drink straight out of rivers We don't irrigate with salt water This adds to the experience of shortage.

6
How much rain falls on the Earth each year?

14
Recharge a dry aquifer?
8
Is there a quick way to roughly estimate how quickly a flood will move downstream?
2
Searching for ground water
8
Aren't fresh water deposits renewed by the water cycle?
7
Why should there not be water deep (e.g. below 6 kms) in the Earth's crust?
2
Would covering part of Lake Mead with large sheets of bubble wrap reduce the amount of water lost to evaporation?