PS: This is an adaptation of a question asked in the private discussion board of a first year university course on Earth Sciences, that I'm copying here so a wider community can benefit from it and the corresponding answer. As suggested by the moderators, I'll donate any reputation received from this question in the form of a bounty awarded to exceptional answers (in particular by new or low-rep users). 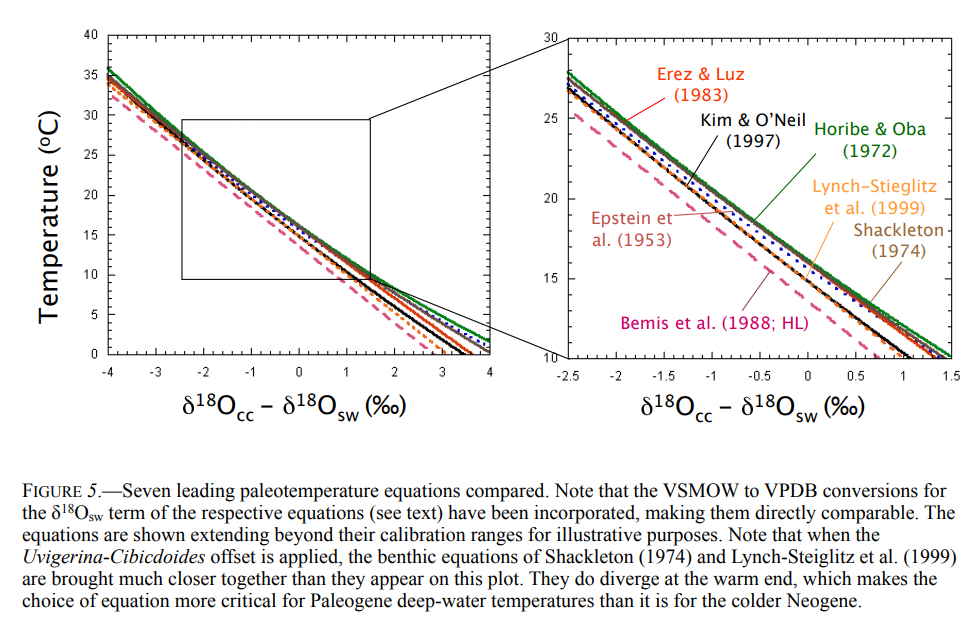 The deeper reason that explain the chemical preference for $^{18}\text{O}$ come from a process named "equilibrium isotope fractionation", associated to the vibrational characteristics of the light and heavy isotopes related to covalent atomic bonding. As explained by Gussone et. al (2003):

There is a competing effect called "kinetic isotope fractionation", that that leads to a correlation with temperature in the opposite direction (because heavier isotopes have slower diffusion times and are slower crossing membranes), but in the case of Oxygen isotopes, its effects is overcome by equilibrium fractionation.

Not the answer you're looking for? Browse other questions tagged climate-change oceanography paleoclimatology fossils or ask your own question.

8
What are the temperature and pressure conditions an ROV design would have to deal with to descend to 4000m?
6
Why do winter temperatures account for most of the increase in global temperature?
24
Why is the temperature *still* rising?
3
Current temperature increase VS decrease during the little ice age
6
Why is ozone a greenhouse gas if it absorb UV radiation?
5
Does the extension of the absorption line of $\text{CO}_2$ with temperature play a role in the climate change?
4
Why does vertical diffusivity increase with depth in the ocean?
2
Why has the Earth's average sea level risen 'only' by nine inches after one degree C increase in temperature?
7
Why is it that “With higher CO2, the dry gets drier and the wet gets wetter”?