I was thinking if there is any power plant in Earth that generates power by sending water at depths and getting steam in return? 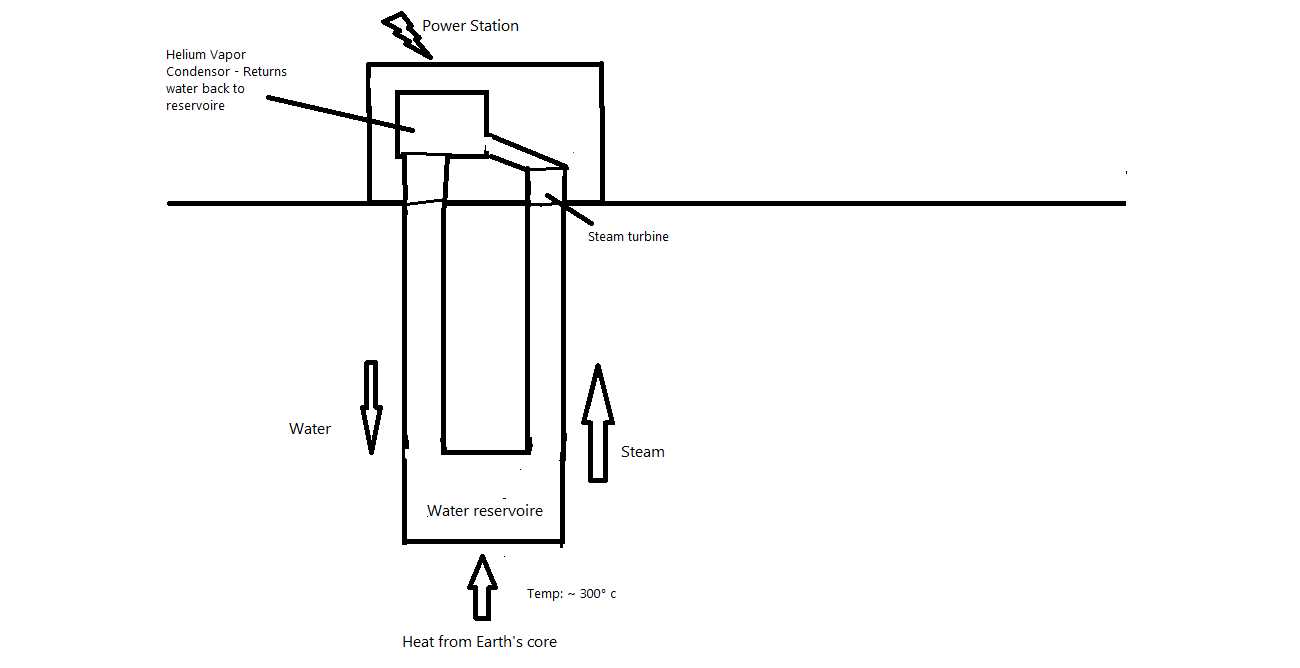 This form of geothermal energy was investigated in Australia in the early 2000s.

A company, then called Geodynamics Australia but since renamed as ReNu Energy, constructed a geothermal power plant and during 2013 conducted a [160 day trial of a 1 MWe pilot plant] in the Hanbanero Field near the border between South Australia and Queensland(http://www.futuredirections.org.au/publication/geothermal-industry-future-australia/).

"The pilot plant used steam generated through an EGS (Enhanced/Engineering Geothermal System) that exploits thermal energy from hot rocks over four kilometres below ground level. Following the trial, it was concluded that it may be economically viable to supply heat energy to nearby gas production operations, but not the supply of electrical energy. No further work has been done on the project, and the company completed site environmental remediation works in 2016."

The pilot plant had many technical challenges:

"EGS (also described as a hot rock system) extracts heat from hot rocks deep in the earth and conveys it to surface where it is used to generate electricity (see Figure 1 above). This involves a heat exchange arrangement. In most EGS projects, water is pumped into an injection well where it takes on heat as it moves through fractures in hot rock, and is then extracted to surface from a production well. In the Habanero pilot plant trial, temperatures seen on surface from the production well were up to 215 degrees by the time the trial was finished – certainly demonstrating the capacity to extract heat. Another critical factor in how much electricity can be generated though is the rate at which the high temperature steam is produced. In the Habanero trial, up to 19 kg/s of flow could be sustained. This contrasts with (according to the 2014 report to ARENA) flow rates in the order of 80 to 100 kg/s that would be required for economic viability. Whereas the initial intention of the Habanero project was to create a network of man-made fractures to allow optimal rates of circulation, in actuality, fluid was circulated through a naturally occurring fault in the rock (a geological feature which was not anticipated). The challenge of establishing and optimising fluid circulation between wells might be addressed in future through fracturing techniques that have resulted from ongoing technology development in tight gas or oil wells."

One of the issues with developing geothermal energy in Australia, from deep hot rocks, is the remoteness of the potential generation sites from regions that could utilize the energy. This makes the use of such geothermal systems currently unviable.

Most operating geothermal power generators use the formation water directly, not the closed loop you suggest. That is, a single pipe brings the water/steam to the surface. The minerals in the waters make them exceptionally corrosive so expensive alloy equipment is required making the costs much higher than fossil fuels. But they are still economic in places like Iceland where any fossil fuels must be imported.

Not the answer you're looking for? Browse other questions tagged geothermal-heat or ask your own question.

10
How is heat transferred from the core through the mantle to the crust?
6
Digging depth and heat
8
Is pure “heat” harmful to the environment?
6
Why is ground water rising on these forest rings?
1
Earth's Internal Heat Engine
12
Did the Geothermal Power Plant contribute to Pahoa's Lava Fissures?
7
Would the subsurface event leading to tree death at West Tern Lake in Yellowstone be visible in thermal imaging?
1
Earth's interior heat ratio between pressure and atomic decay