What are the cubic formations found inside Larimar gemstones?

I recently noticed what appears to be common cubic formations just beneath the surface of Pectolite (Larimar) gemstones. They quite resemble transparent sugar sprinkles. Each formation isn't perfectly cubic, and it should be noted that no two are identical. Such inclusions can be seen in both polished and unpolished stones. I was wondering what these cubic formations are made of, how/why they might be formed, and what they are formally referred to as.

Below are two images; the first being of a 15.5ct unpolished Larimar stone, and the second being a 7.4ct polished Larimar stone. Both images clearly depict the aforementioned inclusions. Based on the images provided, I would estimate that the width of a single inclusion lies between 0.25mm and 0.75mm. 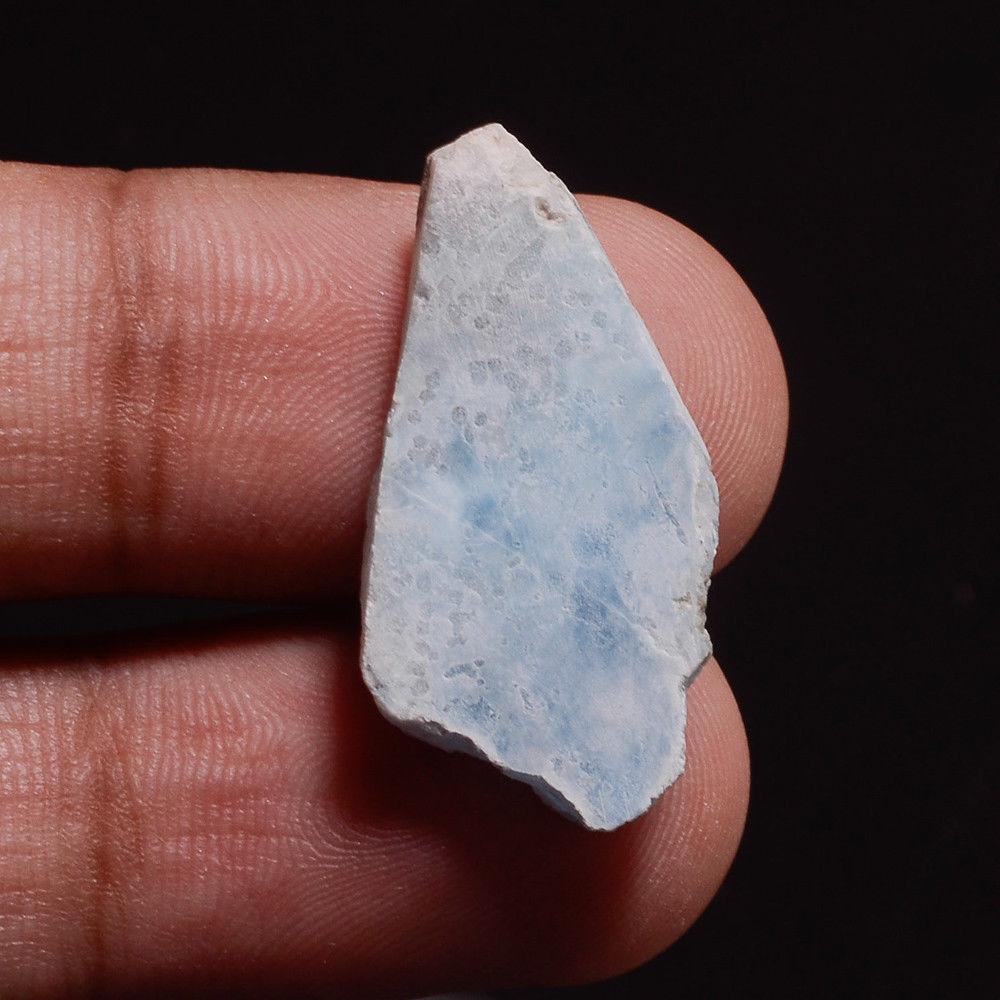 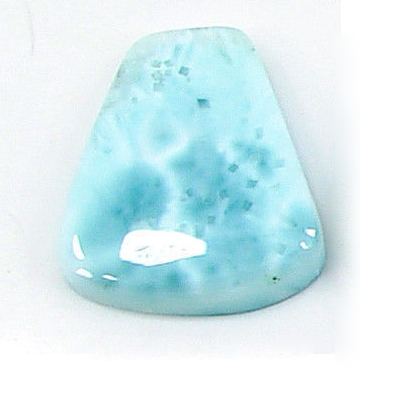 P.S, Larimar is found primarily in the Dominican Republic. It is a form of Pectolite with a unique blue color caused by the copper in its composition. My question encompasses all Larimar in general, not just the images provided. My research into the subject has been unfruitful. I've found no source mentioning these inclusions, and it is exceedingly difficult to find source material on something so difficult to universally articulate. It's possible that the inclusions are Triclinic crystal systems, but why they stand out from the rest of the stone is beyond me.

One source states that:

Calcite and hematite are often found as inclusions within deposits of Larimar stone.

Calcite and hematite may not be the the answer to my question, as the description of such inclusions from another site states that:

Hematite is not the answer, but calcite is.

The inclusions are not cubic, they are rhombohedral. This is precisely how calcite looks like.

but why they stand out from the rest of the stone is beyond me.

Because calcite is a translucent mineral, and pectolite is not. You can drop some vinegar on the inclusions and you will see that they fizz a bit - this is how calcite reacts to acid.

You can read this for some more information:

Not the answer you're looking for? Browse other questions tagged geology geochemistry mineralogy minerals or ask your own question.

22
Peak phosphorus - what are the sinks?
8
Are there minerals which are not been found on earth but which are still possible to exist?
0
Are fossil fuels really formed from fossils?
3
Do Pyroelectric gemstones really exist? Can they be found on web market?
3
What are the compressive strengths of goethite and magnetite?