Is altitude of everything decreasing due to sea level rise?

We know that sea level is rising, though some people say climate change is fake.

Altitude is defined as the height of something measured from sea level.

Altitudes are referred to a geoid (an imaginary surface of equal gravity strength), that is chosen to fit the mean sea level. Therefore, if we were to constantly adjust the geoid to fit the rising sea level, all the altitudes would indeed be decreasing in average.

However, it is very important to highlight that "in average" part, because of the rates involved. Let's have a look at the sea level rise rates: 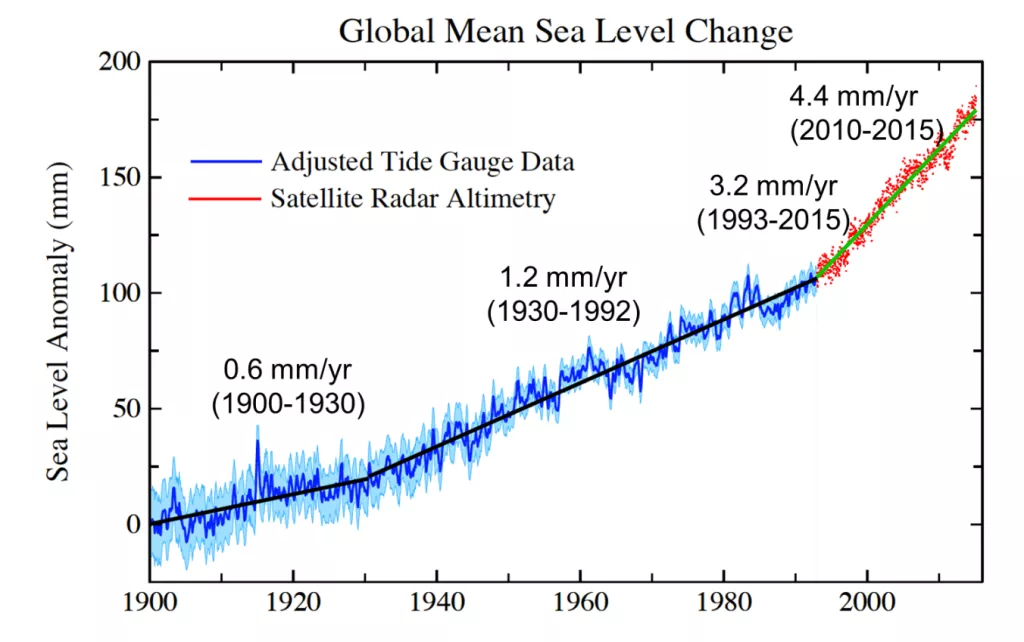 As you can see in the above image (taken from Hawaiʻi Climate Adaptation Portal), the rates of rise are in the order of 4 mm/yr, a value that is small in comparison with other processes that can also change elevations. When you go down to the millimeter-scale, the topography is much more dynamic than you would think, for example:

Therefore, to say that the elevation of something specific is changing because of sea level rise is not something easy to backup, as there are many other processes to take into account. Scientist make fairly complex models to figure out which areas will actually experience flooding due to sea level rise, and unfortunately, so far they have found that there are many highly populated areas that will face big challenges for that reason.

Not the answer you're looking for? Browse other questions tagged geology geophysics climate-change sea-level isostasy or ask your own question.