"Five of the Solomon Islands disappeared" due to sea level rise, how is this possible so quickly?

The text of the introduction to the BBC Podcast Sea Levels Rise; The Compass, Living on the Edge Episode 1 of 4 says:

Five of the Solomon Islands have disappeared, many more are becoming uninhabitable. For Kerry and Sally, climate change is not a theory - it is what has made them abandon their island and the graves of their ancestors. They see themselves as lucky - they had family land to move to and the skills to build new homes on stilts - but they are resigned to moving again.

Award-winning journalist Didi Akinyelure visits her home city of Lagos to find out the latest solution to sea level rise in West Africa. The glass towers of the new financial district of Eko Atlantic are protected from the waves by state of the art sea defences. The residents of the luxury apartments should keep their feet dry whatever the climate throws at them. That may be small comfort for their unprotected neighbours in the shanty town on the lagoon, Makoko, but they’re experts in survival against the odds.

Certainly sea level is rising, on the order of perhaps 15 centimeters in the last century judging from this plot, and the New Scientist article Five Pacific islands vanish from sight as sea levels rise certainly adds credence to this. Answers to the question Sea Level Rise due to Climate Change shed some light on human-induced climate change.

Between about 04:00 and 06:00 in the podcast, Simon Albert, a climate change scientist from University of Queensland describes the situation in the Solomons.

Here is my best attempt at a transcription of a small part of the podcast:

A large part of that is a result of human-induced climate change, and then on top of that we’ve also had “the perfect storm” if you like, of a series of natural cycles in sea-level rise and weather conditions, such as El Nino, intensification of trade winds, which effectively have pushed water into the Western Pacific, resulting in a significantly higher than would be normally experienced.

Over the last 20 years we’ve seen sea level in the Solomons rise by 15 to 20 centimeters. When you translate that over these very low-lying islands, that can translate to the coast line receding by several hundreds of meters.

Question: Could someone help me better understand the phenomenon that have lead to this faster rate of local sea level rise in the Solomon islands?

edit: My original post had these four points. Once I replayed a few more times I realized they don't perfectly reflect the breakdown in the podcast, but since @John has taken the time to write such a great answer using them I'll include them here to maintain continuity:

below: The sea encroaches on a tropical island. Credit: Getty Images. From here. (click for full size) 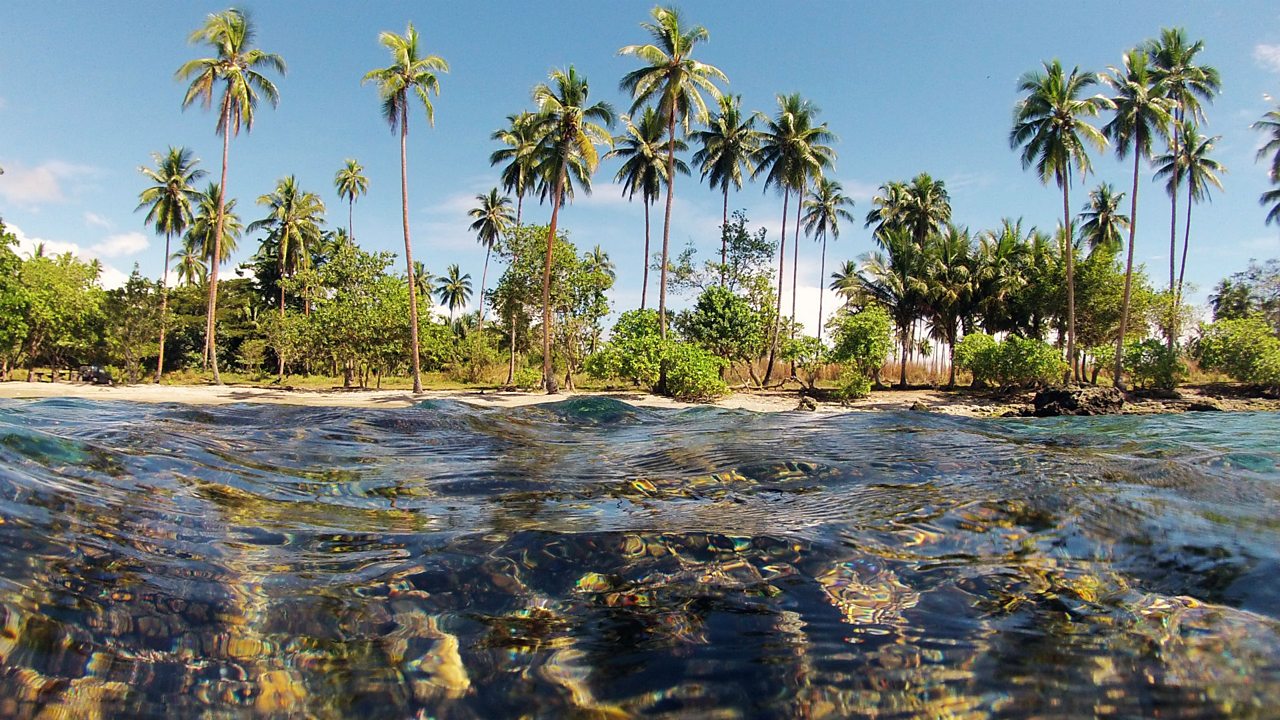 below: Credit: Chris Roelfsema, from NewScientist. (click for full size) 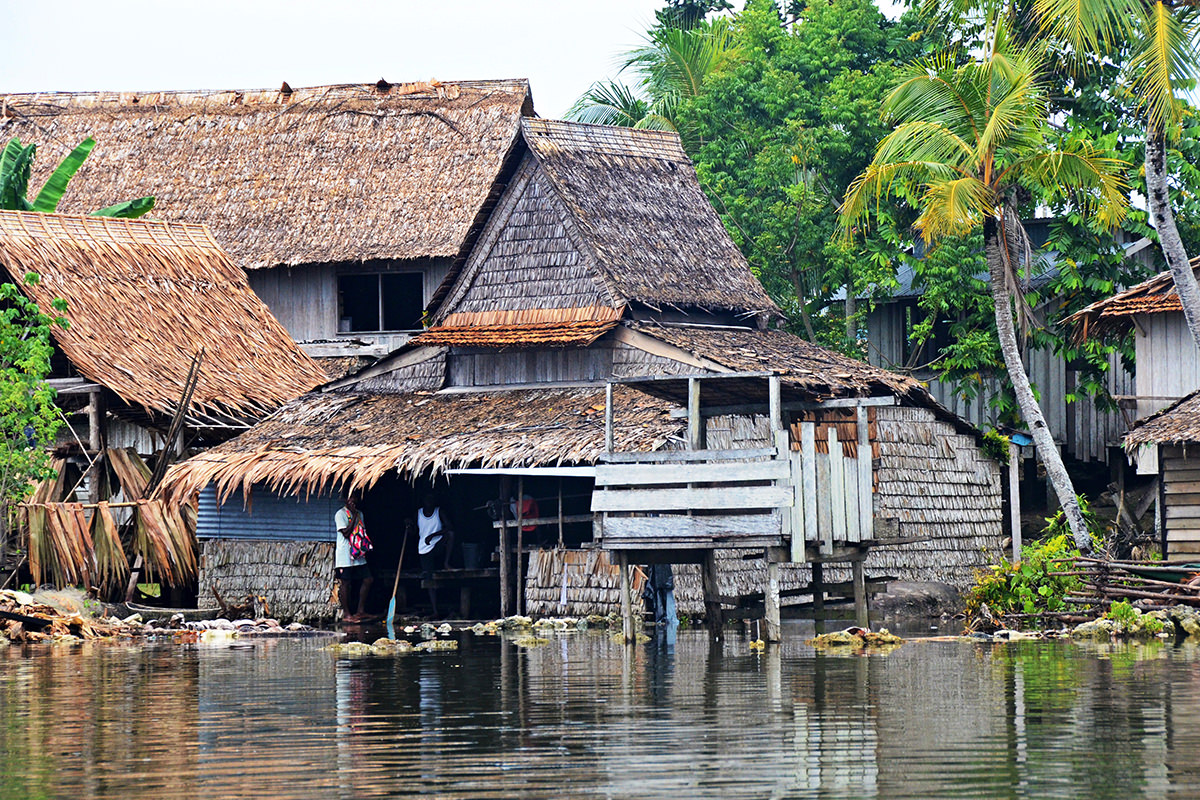 Note: the OP started with a numbered list and specifically asked about the highlighted numbers, hence only 2-4 were referenced in my answer (the first one was a normal sea level rise).

Sea level rise is faster in the western tropical Pacific than anywhere else, and a principal reason for this is the intensifying easterly trade winds over the tropical Pacific during the last two decades (see here). Note that this phenomenon is not necessarily separate or distinct from human-caused climate change.

The role of the El Niño Southern Oscillation has to do with increased rainfall over the sea (as opposed to over land) in Niño years. During Niña years, with increased rainfall overland (as opposed to over the ocean), water is temporarily stored on land, and this effect is strongest in tropical regions. However, there does not appear to be any long-term trend arising from this forcing.

10
What is the potential impact of hurricane intensification and sea level rise on coastal flooding?
14
What is a reasonable forecast of sea level in 2100?
7
Have there ever been any islands that disappeared due to rising sea level?
6
Coral growth keeping up with sea level rise?
9
Sea Level Rise due to Climate Change
9
Dataset for expected sea level rise in case of massive meltdowns (Greenland/Antarctica)
9
Is altitude of everything decreasing due to sea level rise?
10
How much does sea level rise due to sediment deposition?
37
Is the sea level rise unusual?
2
What are the affirmations regarding the effects of climate change that have a high degree of consensus amongst climate scientists?