Where on Earth is the magnetic field intensity stronger?

Are there places on Earth that have a strong magnetic field other than the magnetic north and south poles?

Can living where (rare) earth magnetic ore is abundant provide a mini-magnetoshere?

There are many models of Earth's magnetic field. You can find a comprehensive list at geomag.org. You can find the intensity output of NOAA's World Margentic Model for 2015, here. Shapefiles with the contours are available for 2018 here (as well as more maps), and the coordinates of north and south poles computed by the WMM model up to 2020 are available here. Putting together all the information for 2018, the map looks like this 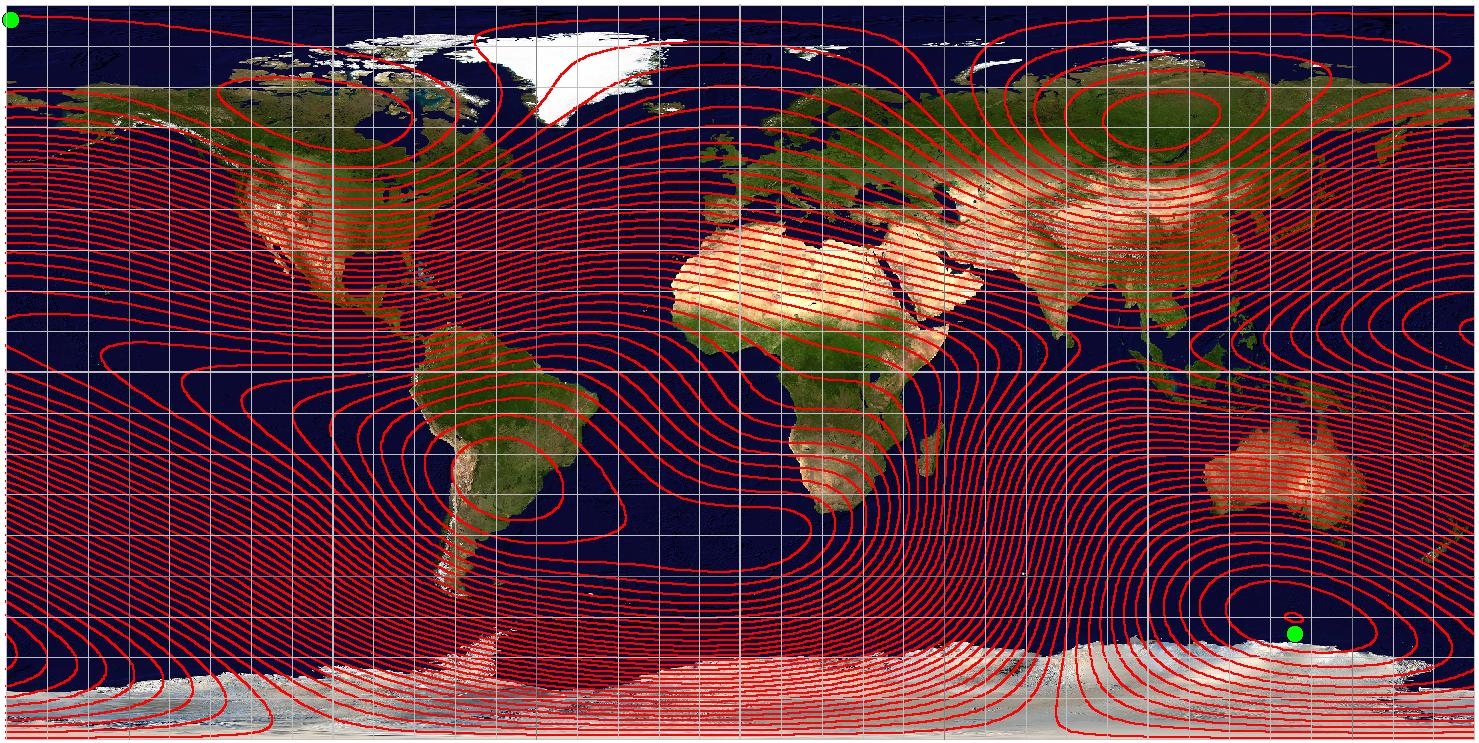 The maximum intensity contour in the northern hemisphere happens in Siberia with a value of 61,000 nT and the center of the contour is located roughly 3,100 km away from the magnetic north pole.

The maximum intensity contour in the southern hemisphere is between Australia and Antarctica, with a value of 67,000 nT and the center of the contour is located roughly 450 km away from the magnetic south pole.

The projection in the map above (geographic) generates a big distortion of the distances, the images below show the same information in polar stereographic projection: 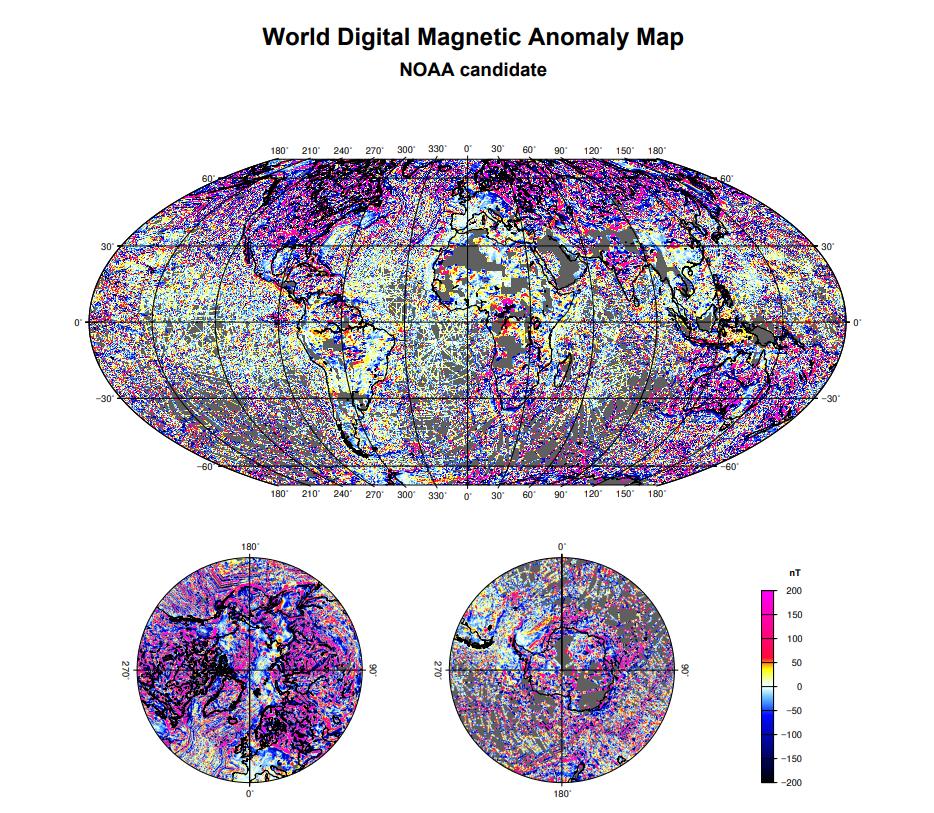 However, these anomalies are measured at an altitude of 5 km above mean sea level, and have a resolution of 3-arc-minute resolution (~5 km). Therefore, it doesn't rule out the existence of very strong and localized small scale anomalies, that might lead to large variations on the magnetic field intensity but over a very small area. The maximum value within the World Digital Magnetic Anomaly Map dataset is 8570.78 nT, but even considering all anomalies, the largest field intensities remain within the same contour near the magnetic south pole.

Since it is not specified in the question (and to complement the other answer), the strongest magnetic fields on Earth are not naturally generated, but artificially.

The current world record holder seems to be the National High Magnetic Field Laboratory (NHMFL) in Los Alamos, USA, with a magnetic field strength of about 100T (so about two million times higher than the Earth's magnetic field). This quora answer suggests that they have since increased it to 300T.

There are a few other high magnetic field laboratories in the world, for example the Helmholtz-Zentrum Dresden-Rossendorf (HZDR) in Dresden, Germany, which briefly held the record before with a field strength of 91.4T.

These magnets are usually pulsed magnets, so they cannot maintain the field strength for longer than a few milliseconds. For longer durations it seems like the MagLab in Florida, USA is currently holding the record with a 45T magnet.

Not the answer you're looking for? Browse other questions tagged geophysics geomagnetism mapping natural-conditions field-measurements or ask your own question.

10
Can living where (rare) earth magnetic ore is abundant provide any protection from cosmic radiation?
3
Where on Earth is the highest none polar magnetic fields?