There wasn't just one, but several of these small crater formations all over the area. All of them had the same basic structure: a ring of raised rock with fins, surrounding a depression that seems to be at about the same level as the surrounding rock. The rings were darker in color with lighter fins, and the depressions in the middle are lighter in color. All about 20-40 cm in diameter. The rock they are in is most likely a sandstone.

Does anybody know what this is and how it was formed?

The first image is a nearly straight down view, and the second image is an angled image to highlight the fins that ring the depression.

Keys for scale (there wasn't a banana available ;) ) 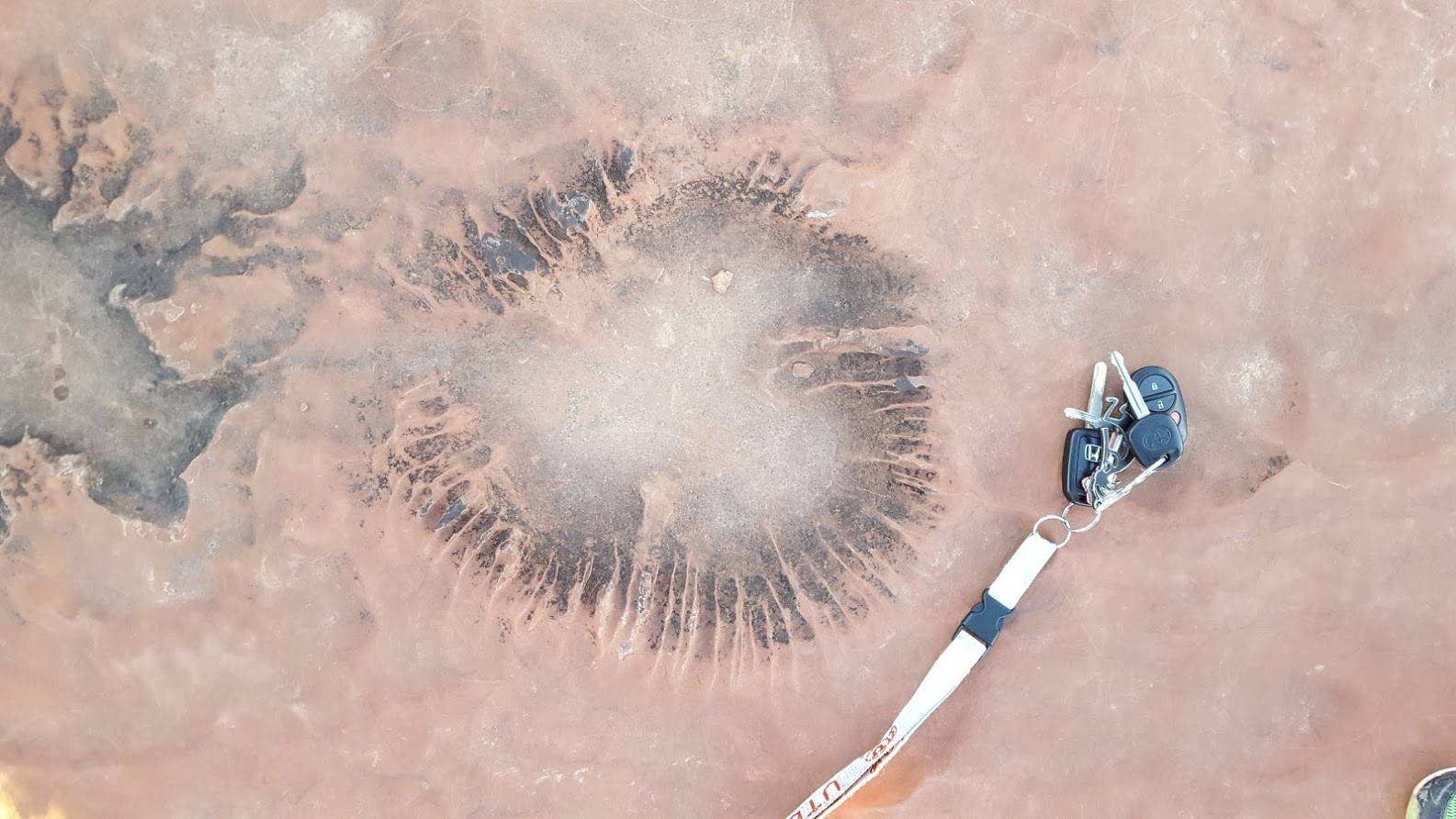 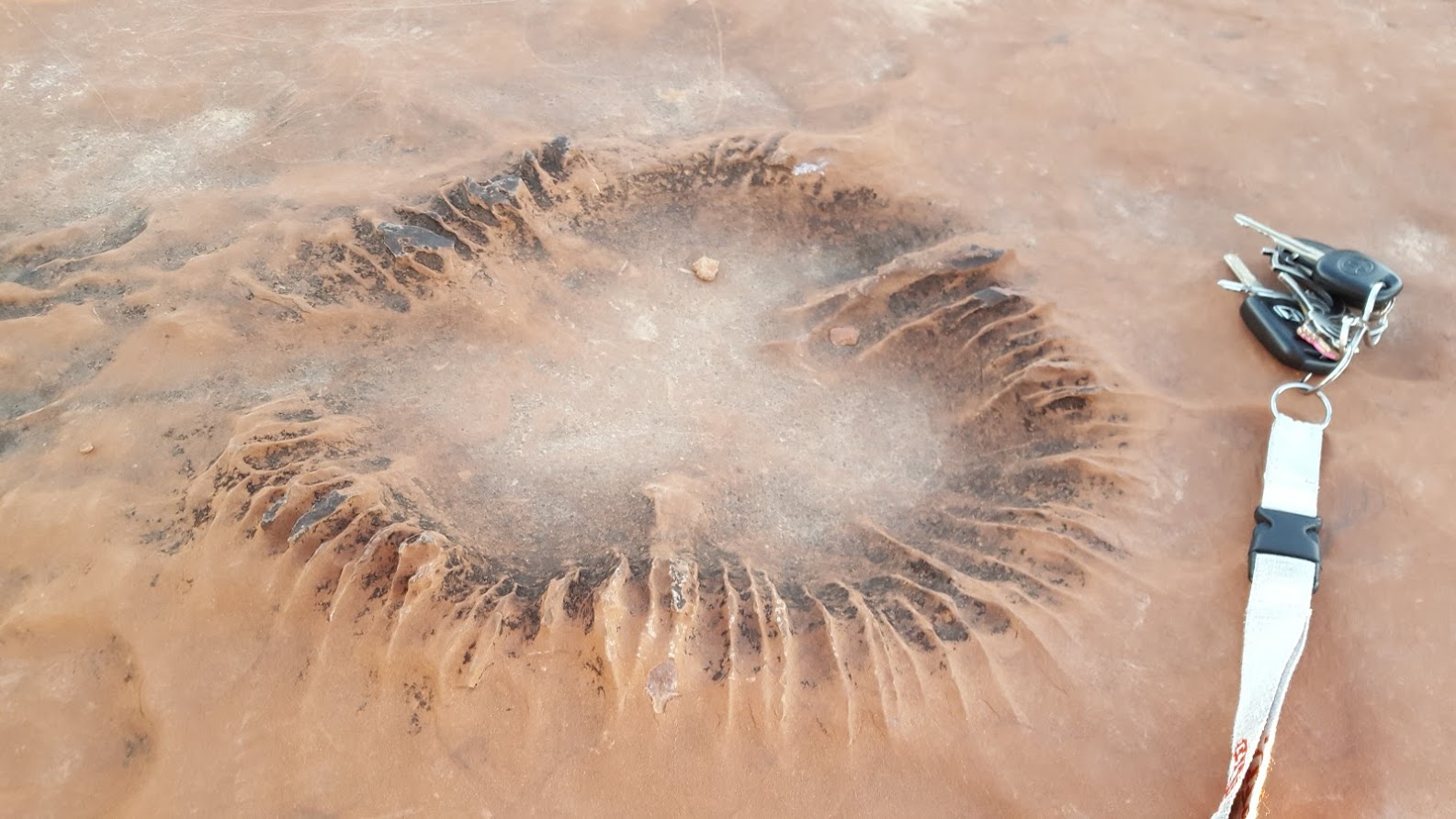 Relief features made by microbial mats which were gelatinous. The ridges and fins are thought to be caused by small currents that flowed through the umbrella like bodies of these ancient bacteria.

Not the answer you're looking for? Browse other questions tagged geology geophysics or ask your own question.

9
What are the factors that dictate a given topology for seismometer placement around a volcano?
3
What kind of lava tube feature is Cleopatra's Grave?
4
how can a asterisk/star like crack occur on a rock?
5
Do we know what the rigid mantle looks like?
2
What would a rock thin section look like without any polarizers?
6
What is this geological formation in the Santa Cruz mountains that looks like a cave interior?