What are these clearings in Amazon rainforest?

I was surfing around on Google Maps and found dozens of clearings amid a sea of vegetation.

What are they? Some look like rocks, others can't be made out due to the image resolution.

Here is one specific clearing: 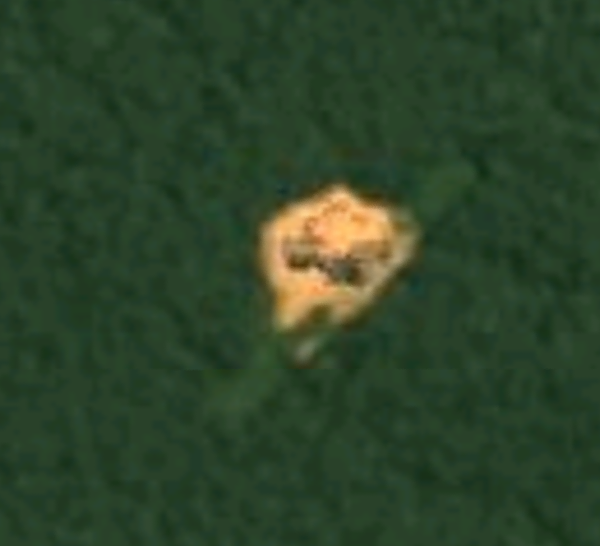 Hard to say. Some could be clearings for log landings, some for small villages or outposts used by the military or others, some cleared due to natural disturbance in the area (e.g. fire from lightening strikes) though I'd expect the latter to have sparse canopy and not be totally clear.

Many of these patches don't have signs of good access routes (other than by air or through thick vegetation). No doubt there can be smaller trails and rivers under the canopy, but we don't see any substantial routes with canopy cleared overhead. Therefore, logging and mining seems less likely, though both occur in the region. Smaller scale operations, like a clearing for more sun-loving plants by a local human population, could account for some of these though.

On the village or outpost possibility

I searched for on-the-ground views of potential villages and found a few that could match the view from above.

Here's a set of buildings in a village clearing. Note how close the forest canopy comes to the buildings. Given how thick the forest is, it's probably not easy to manage, but that could be all the more reason to get to bare ground in these village clearings. 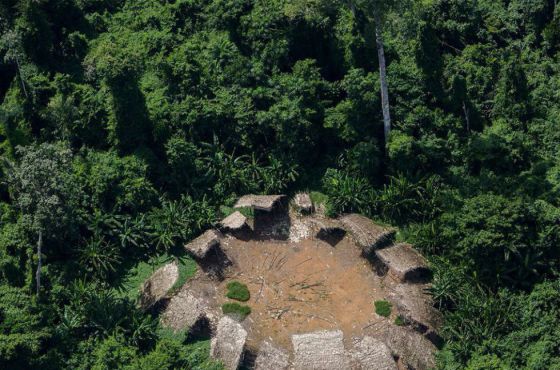 Here's a pretty amazing example of small scale clearings and manipulation of the forest landscape by indigenous communities. While we're not seeing this from a satellite, it points out how the lack of texture nearby and between these clearings doesn't necessarily mean there's no trails or human presence. It appears these structures are surrounded by unusual tree canopies - perhaps banana or another agroforest crop - which could be cultivated from nearby shelters. 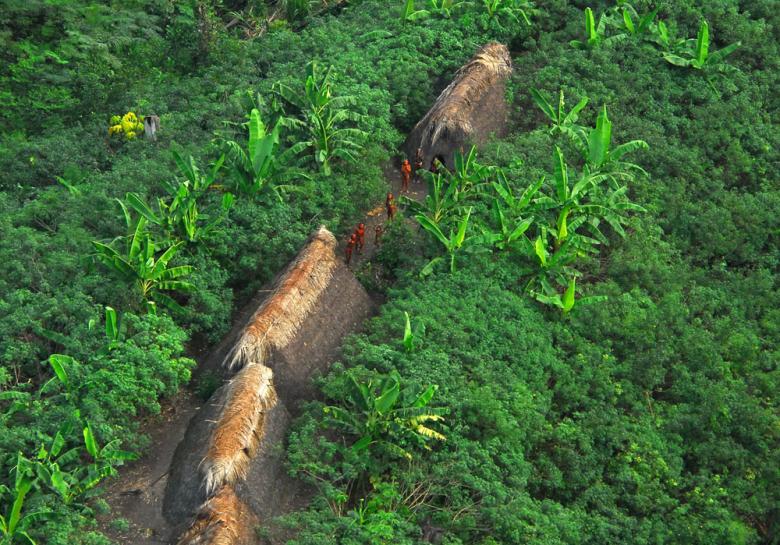 In conclusion, a likely possibility is that these clearings are signs of relatively-isolated small-scale villages or outposts.

Not the answer you're looking for? Browse other questions tagged mapping forest amazon landscape or ask your own question.

19
What was the Amazon like during Green Sahara?
10
How important is Sahara dust for the Amazon?
6
Why is ground water rising on these forest rings?
3
Are “rainy season” and “less rainy season” good ways to describe Amazon seasons in English scientific language?
3
What are these radial line patterns shown in representations of antarctica?
4
Why is it said that Amazon creates 20% of the oxygen production of the world, when it accounts with less than 14-12.8% of the forest area?
4
Is the rainforest too wet to burn?
2
Is the Amazon rainforest resistant to fires?
2
How did these grassy hillsides in Colombia become terraced?