Concept of artesian aquifers and pressure is not clear. 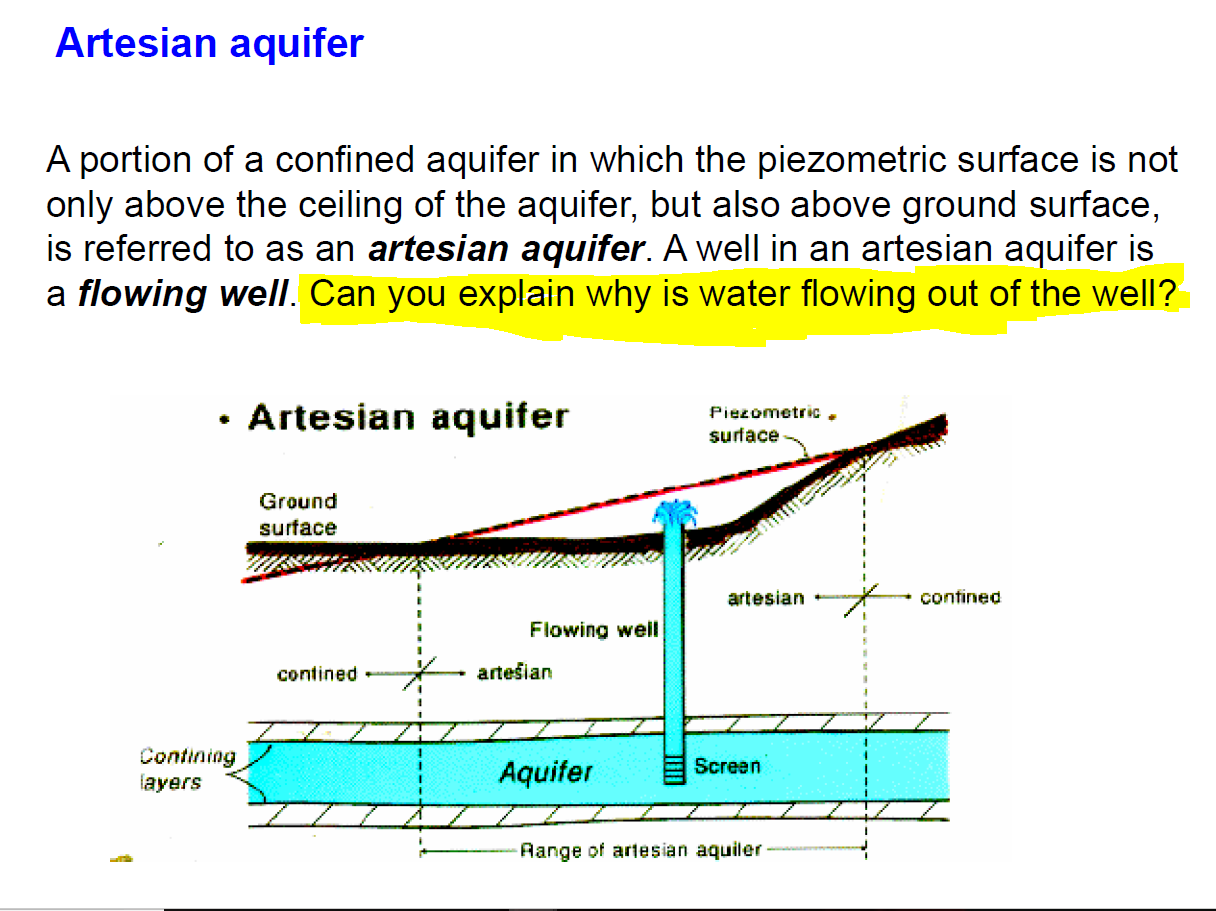 I do not understand how the Artesian aquifer is causing the water in the flowing well to reach a level higher than the ground surface? And what role does the piezometric surface play in it?

I think in your case its a bit confusing as the piezometric line sitting above the whole of the confined aquifer suggests the whole area is artesian but the 'flowing' conditions are only where the piezometric line sits above the actual surface, meaning the water will actually rise above the surface. Another example is that if you were to dig a well, to the left or right of the highlighted area, the water would rise to that level but would still be below the surface so conditions wouldn't be described as 'flowing'. 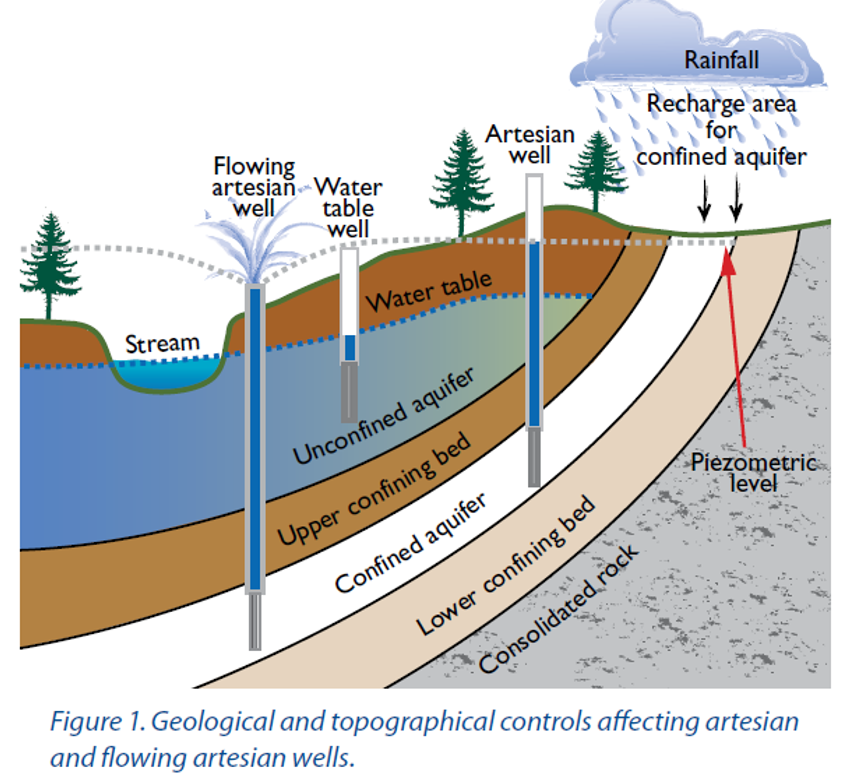 Not the answer you're looking for? Browse other questions tagged geology hydrology groundwater hydrogeology or ask your own question.

10
Is there any link between sea-water inflitration into groundwater and nitrate?
5
How much time does water takes to reach to the ground?
3
Why does an artesian well dry slower than a normal well?
5
What is meant by inverted water table?
1
Hydrology - Depression cone VS transmissivity
2
Searching for ground water
0
What effect does river channelization have on the surrounding water table?