Volcanic activity in Taiwan, ever in recorded history, much chance in the near future?

News of Hawaii has got me thinking...

I've lived in Taiwan for many years and hiked many kinds geologically interesting mountain and seashore rock formations, seen steaming, sulfury fumaroles, even ate my lunch in a (presumably long extinct) volcano crater.

From what I've learned from others, volcanism has a significant contribution to Taiwan's geology and geography.

But is this very old and no longer a factor?

Question: Is there any historical reference to volcanic activity in Taiwan? Is there much chance of it again in the near future? 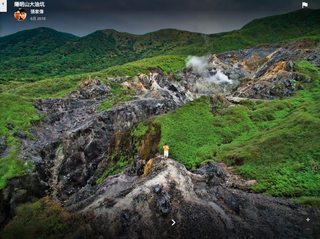 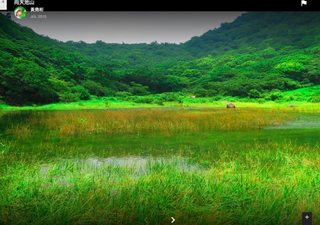 There are at least 9 old centres of volcanic activity in Taiwan:

The Tatun Volcano Group 15km north of Taipei, they think there are active magmatic systems there but the last eruption was 200,000 years ago.

The Chilung Volcano Group in the north is extinct, with no magmatic activity and hasn't erupted in 800,000 years.

Mount Guanyin is listed as extinct but not a lot of work seems to have been published on it as a volcano.

Caoling Mountain is similarly extinct and no-one seems to have done any real work about it's eruptive history at all.

Guishan Island is still active and last erupted in 1795, it could start a new eruption at any stage.

The Hai'an Range on the Eastern Coast is tectonically active and has experienced volcanism in the past which could recur at any time depending on the movement along that plate boundary.

Green Island and Orchid Island off the East Coast are old volcanoes of the Luzon volcanic Arc and haven't erupted in hundreds of millions of years.

Lastly there are the Pescadores out west, 90 odd volcanic atolls and small islands probably all monogenetic in origin (the individual volcanoes erupted only once in a given location but the area has experienced repeated eruptive cycles over geological time) none of the existing members is likely to erupt ever again but new volcanism in the region is likely at some stage.

So the long and short is that while it's been pretty quiet in Taiwan in the last couple of centuries there are areas where new eruptive cycles could start at any time at existing sites or new ones.

Please note any dates given are pretty approximate.

Not the answer you're looking for? Browse other questions tagged volcanology volcanic-hazard or ask your own question.