Difference between sulfuric clouds and sulfuric haze (on Venus)?

In a conversation in comments below this answer to the question in Space Exploration Could we see the surface of Venus after the explosion of a H-bomb in its atmosphere? we're speculating about what terms like sulfuric clouds and sulfuric haze mean, and in particular if they are both made of aerosols based on water.

What might be the difference between sulfuric clouds and sulfuric haze, and do both still require water in the form of an aerosol? 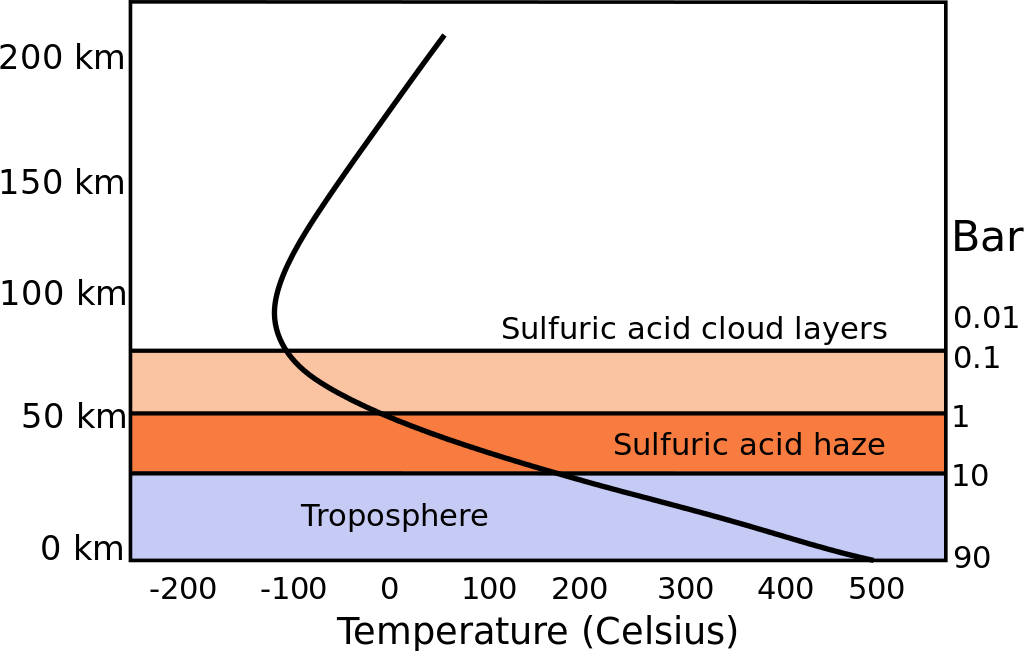 According to Wikipedia, haze is an atmospheric phenomenon in which dry particulates obscure the clarity of the sky.

However, haze particles may act as condensation nuclei for the subsequent formation of mist droplets; such forms of haze are known as "wet haze".

In meteorological literature, the word haze is generally used to denote visibility-reducing aerosols of the wet type.

According to Wikipedia, a cloud is an aerosol with a visible mass of liquid droplets, frozen crystals or particals suspended in the atmosphere, and the droplets don't have to be made of water.

This article states that standard cloud models for Venus consider that all clouds and hazes are composed of liquid droplets of sulfuric acid mixed with water, with sulfuric acid making accounting for 75% to 96% by weight of the cloud composition. However, other minor constituents may make up the cloud particles.

Clearly regarding the mixture of water and sulfuric acid there is no distinction between clouds and hazes on Venus.

The figure on page 14 of the dissertation of Yeon Joo Lee also shows that below the cloud layers there is this "thin haze region" which has almost a thousandfold less extinction coëfficiënt than the clouds above it.

Apparently this huge difference in absorbing the light explains the difference and appearance between sulfuric clouds and sulfuric haze on Venus.

Figure 4 of Bullock and Grinspoon 2001 (paywalled) The Recent Evolution of Climate on Venus (Icarus 150, 1, Mar. 2001, pp 19-37) shows the abundances of H$_2$SO$_4$ and H$_2$O in the cloud region of the atmosphere of Venus. A non-paywalled version can be found with an internet search, but since it does not use https I won't include the link explicitly here. 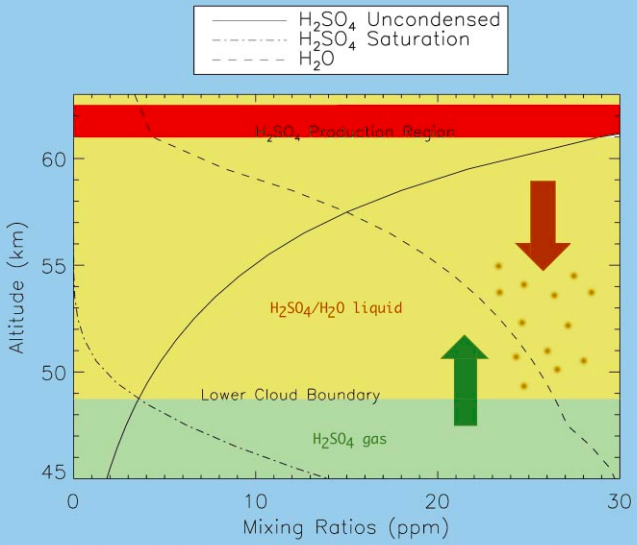 Explicitely it shows H$_2$SO$_4$ as a gas in the thin haze region and only in the cloud region there is a mixture of water and sulfuric acid liquid.

7
Can the clouds on Venus and Titan be categorized in the same way as clouds on Earth?
9
Weight vs. Mass of Clouds
10
Noctilucent clouds and anthropogenic climate change
5
How to distinguish between Altocumulus, Stratocumulus and Cumulus clouds?
4
Why are lenticular clouds circular?
8
On the light difference between morning and afternoon
11
Electricity in clouds and induced magnetism
13
How to tell if fog is made out of water droplets or ice crystals?
4
Why does haze and poor visibility present in stable air?