Is there sand in Antarctica?

There's a song "Blizzard's Never Seen the Desert's Sand". Given Antarctica is a desert, someone questioned the title's validity. BUT is there sand in Antarctica?

I'd imagine yes as it's a pretty basic soil and Antarctica is a big place, and I know there is land mass, not just ice, in Antarctica. I'm not sure though - any more info or evidence about the presence of sand? 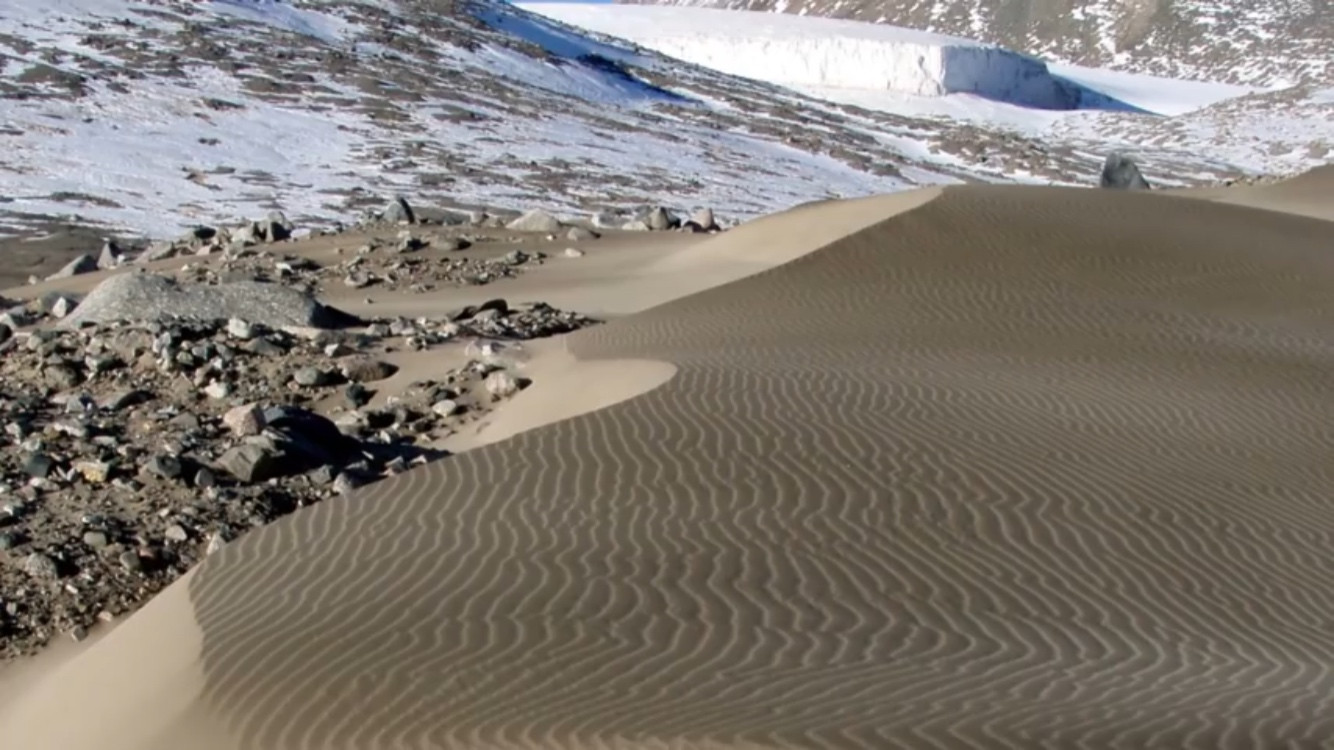 The scant areas that are free of snow and ice make up less than 0.4 percent of the continental land mass. In places there, the wind has built sand dunes.

This article by Burton-Johnson et al., 2016 on automated satellite analysis methods, summarized in this DailyMail article, indicates refined estimates nearer 0.18% of the continent is not covered by ice/snow.

Based upon the area of Antarctica from Wikipedia (you might be surprised how big Antarctica is!), that would equate to around 10,000 mi$^2$ of uncovered land (see comments for comparison). Of course it may well be that not even all of that area is sand.

It looks from the articles like the largest place to find these sands are the McMurdo Dry Valleys, such as Victoria Valley, which are on the Eastern Antarctica sublandmass [see the sentences directly above the image entitled Deglaciated Antarctic Toporgraph, plus that image itself].

So it sounds like they really do exist, but are relatively rare expanses!

Not the answer you're looking for? Browse other questions tagged geology sedimentology soil geomorphology antarctica or ask your own question.

6
How do glaciers move? Could Antarctica be separated?
1
Are there areas of desert sands which experience blizzards?

7
Is it true that "[sand] grains in the Coconino Sandstone come from the Appalachian Mountains"?
13
Active rifting in Antarctica?
11
How does Antarctica stay frozen?
3
Are there any areas on Earth with purplish-colored soil/sand/rock/land?
7
How are sand blocks formed?
3
What are these radial line patterns shown in representations of antarctica?
6
does silt form from sand ; does clay form from silt
6
Does Antarctica have a lot of aquifers?