Can tides at night by consistently higher than in the daytime? [closed]

Can the tides at night be consistently higher than in the daytime in southwest Australia in the port of Fremantle? Also, what is the explanation for the tides being significant during a part of the year, and then disappear.

I find the statement in the question difficult to believe.Tides have a pretty cyclical period and I doubt the resulting effect is a day-night difference unless only S1 and S2 tidal constituents are important in that location, which I find very unlikely.

In fact, the portal https://www.tide-forecast.com/locations/Fremantle-Australia/tides/latest shows the high tide being larger during the day for the rest of the month of May 2018. 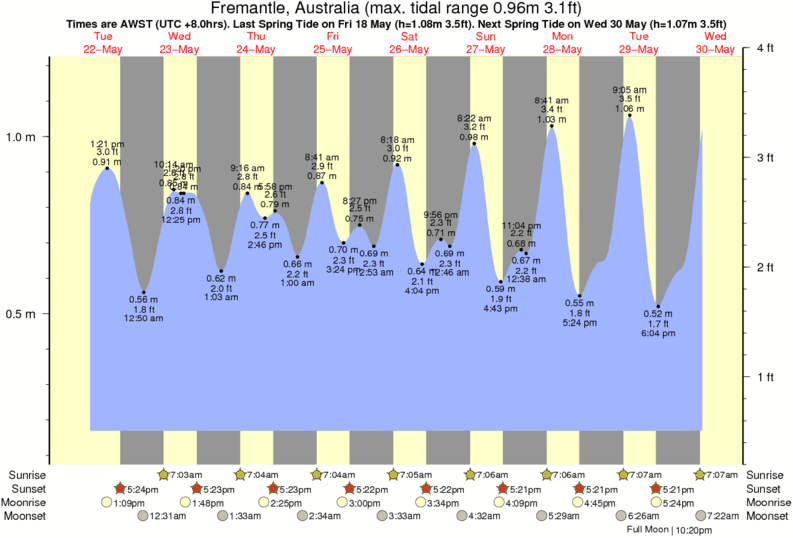 That behavior changes in time as one would expect. The dominant frequencies at this location are diurnal tides (mostly a single high tide and low tide per day). The main diurnal tides have a period around 24 hours and in this case the dominant periods are slightly larger than 24 hours.

You can download the hourly data from: http://uhslc.soest.hawaii.edu/data/netcdf/fast/hourly/h175.nc and the resulting time series goes from 1984 to now. Here is the time series for the year 2017. There is no time at which the tide "dissappears". 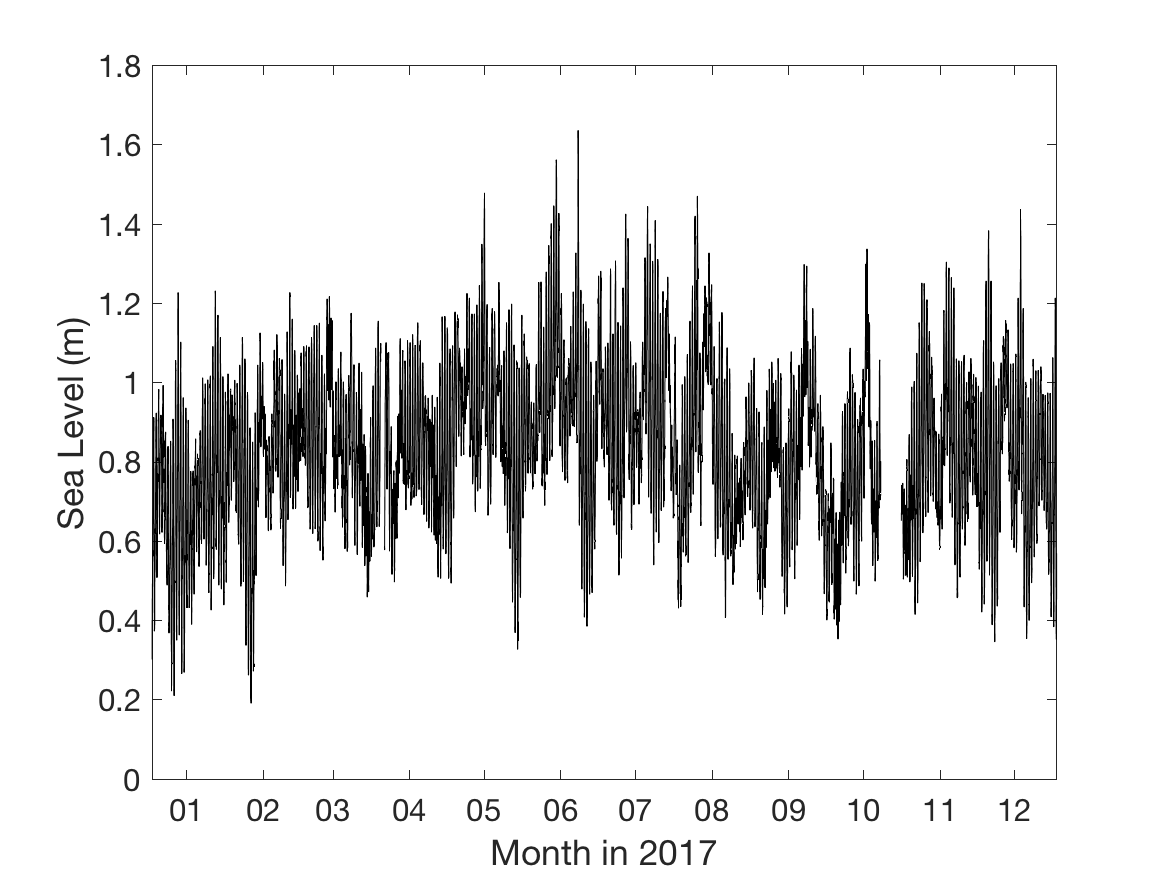 The resulting harmonic analysis (using t_tide) shows that the tidal constituents with amplitudes over about 5 cm are:

The dominant constituents are K1 and O1, with comparable amplitudes. The resulting effect of the two main diurnal frequencies is a period slightly over 24 hours. The effect of the semidiurnal constituents (M2, S2) is smaller and can be seen in the first time series as slight humps in May 24-27.

Not the answer you're looking for? Browse other questions tagged ocean tides or ask your own question.

17
What influences tide-height the most? Can I guess the height by looking on a globe?
9
The motion of tides
5
Ocean level rising, or the floor getting higher?
10
Is the Earth heated up by the tides?
2
Deep sea pumps that work on wind power, can they control the weather?
9
How is sea level measured?
8
What goes into a tide power prediction for every fifteen minutes over the next twenty five years?
10
Why high tides occur simultaneously on opposite sides of the Earth?
4
Is it possible to predict the maximum daily/annual tide height without calculating hourly heights?
0
Would it be possible, from the earth’s creation or during its various geomorphological changes, for all the following hypotheses to be probable?