Did the Geothermal Power Plant contribute to Pahoa's Lava Fissures?

There was lava in the area near the wells that the Puna Geothermal Venture facility created.

The plant has nine wells that run as deep as 8,000 feet, according to Wil Okabe, managing director for the County of Hawaii. -Washington Post

8,000 feet is really quite deep. While I understand that those are not the deepest wells created for geothermal energy, in Hawaii that seems deep enough to get to where lava would also be pooling.

For example, it would be deep enough to hit the pool at one of the main volcanoes.

Rocks that are moving upward in the mantle beneath Hawai`i begin to melt about 40 to 60 miles (60 to 100 km) depth. The molten rock, called magma , rises because of its relatively low density. The magma "ponds" in a reservoir 1 to 4 miles (2 to 6 km) beneath the summit. https://www.nps.gov/havo/faqs.htm

In addition to the availability of lava in the area near the wells, it seems that geothermal energy has also been linked to earthquake activity in the past.

Moreover, the facility itself is basically right on the location that the set of fissures opened up. 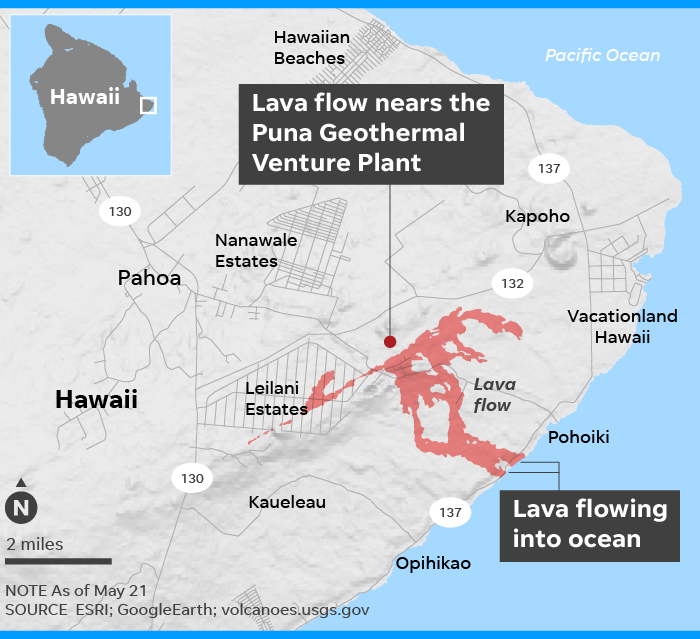 As location of seismic activity is in question here, I also found a map from the US Geological Survey with 30 days of activity for this portion of Hawaii. 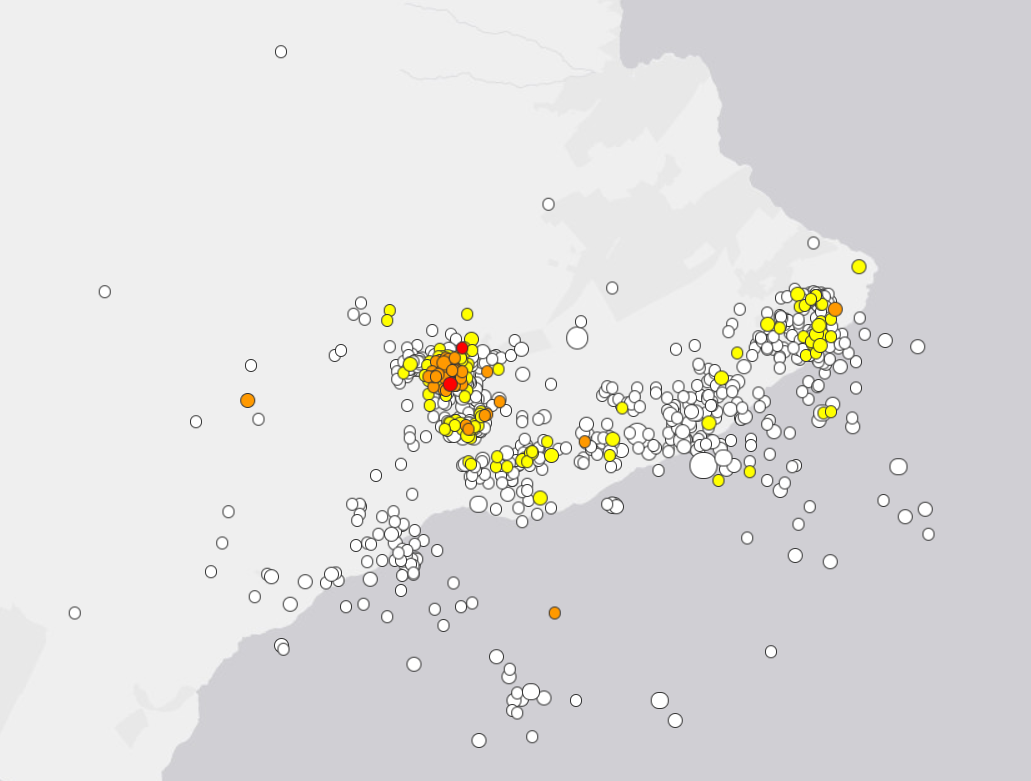 Given the proximity of the facility, as well as the fact that these wells were not only near underground lava, but also have been known in other areas to produce earthquakes, what roll, if any, could the Puna GeoThermal Venture have played in the recent fissure activity in Pahoa, Hawaii?

I think we can confidently enough answer "no".

Kilauea eruptions occur either at its summit or within two well-defined swaths (called rift zones) that radiate from the summit.

In the same report, you can see those rift zones on the map page 3, or on the sketch of the plumbing system page 24. Most lava flows are emplaced along these rift zones. For instance, look at this map of the 1955 eruption (public, USGS): 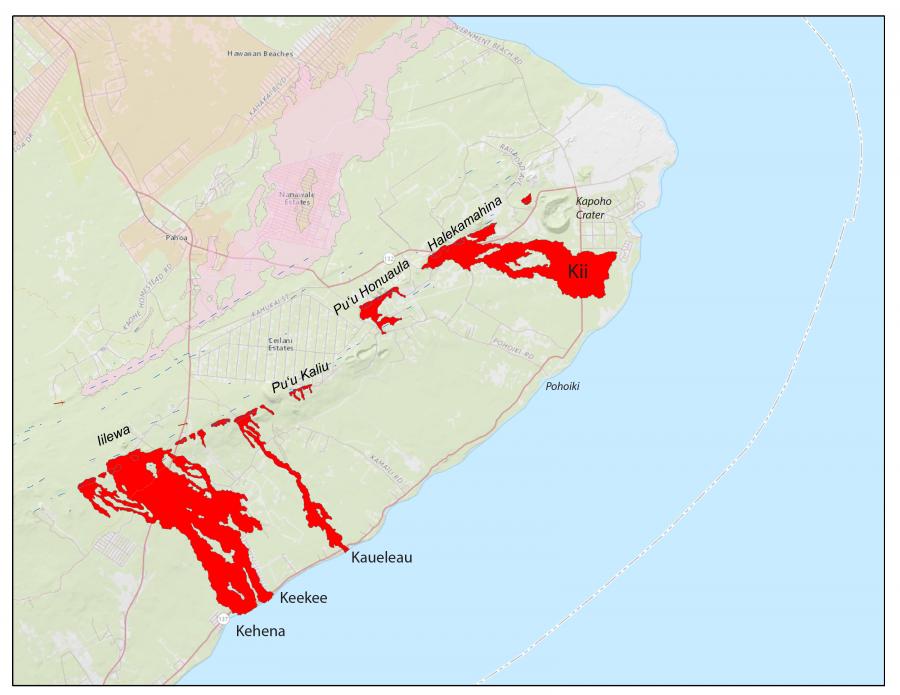 You can see that the flows were emplaced in a zone very similar to the 2018 eruption. Apparently the power plant opened in 1993, and the first exploratory wells were drilled in 1961-62, so after this event.

Actually, the rift zones are in the lava flow hazard zone 1, i.e. the most severe. The zone is defined as follow by Mullineaux et al. (1987):

Zone 1 consists of the summit areas and active parts of the rift zones of Kilauea and Mauna Loa; in those areas, 25 percent or more of the land surface has been covered by lava within historical time, during the 19th and 20th centuries. These areas contain the sites of most historical eruptions, and a large majority of the lava flows that will affect other zones on Kilauea and Mauna Loa in the near future probably will originate in zone 1. [emphasis added]

So the real question is: why was the plant (and estates...) built in an area well known for lava flow hazards?!

To conclude, by researching the plant I found that it is actually where people accidentality drilled through a magma pocket for the first time (Teplow et al. 2009)! They hit a pocket of dacite; it did not trigger an eruption. This happened later in Iceland: this time, they even used it as an experimental well (there is a whole issue of Geothermics on this). Again, no eruption.

share|improve this answer
answered Jan 8 at 14:55

Jean-Marie PrivalJean-Marie Prival
2,19988 silver badges3737 bronze badges
$\endgroup$
add a comment  |
-2
$\begingroup$
Want to improve this post? Provide detailed answers to this question, including citations and an explanation of why your answer is correct. Answers without enough detail may be edited or deleted.

Reinjection of cooling effluent over decades has got to break down the rock, in fact it probably explodes the rock into tiny pieces which after decades crumbles and lets the lava move...

All of the scholarly industry information available says not to place geothermal plants in seismically active areas...

Not the answer you're looking for? Browse other questions tagged volcanology earthquakes geothermal-heat volcanic-hazard or ask your own question.

15
Can impact events cause widespread volcanic activity on the other side of the planet?
6
What is the mechanism for deep-sea volcanism of the Gakkel Ridge in the Arctic?
5
Red volcanic soils - what are the likely constituents?
4
What causes lava eruptions (and shutoffs)?
5
Eruptive fissures in Hawaii associated with Kilauea; what are they? What is really happening?
4
Are Indonesian 2018 earthquakes related?
4
What is the largest earthquake attributable solely to volcanic activity
5
Could an earthquake on flat land still kill someone without any buildings/boulders or such near by?