Is it possible that the geomagnetic field reversal led to the extinction of Dinosaurs?

Is it possible that the geomagnetic field reversal with a weakened geomagnetic field over centuries if not thousands of years (according to the Pittsburgh simulation: https://www.psc.edu/science/glatzmaier.html) and exposure both to cosmic radiation, solar storms and continuous meteor bombardment, multiple "norths and souths" and deregulation of the biospheric clocks e.g. migratory paths of birds and animals using the geomagnetic field for navigation etc., raised volcanic and tectonic activities led to the extinction of Dinosaurs? 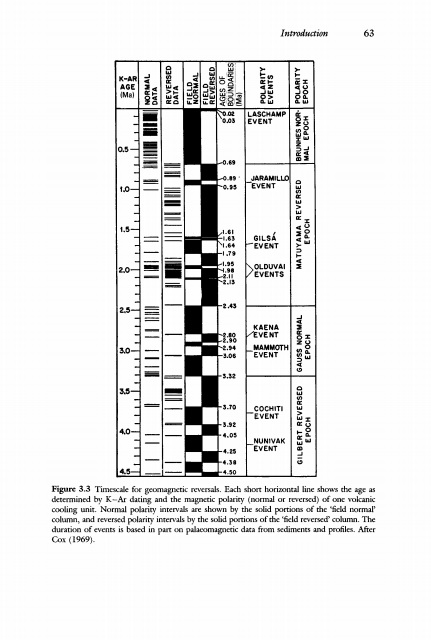 geomagnetism mass-extinction
Share
Improve this question
asked May 24 '18 at 3:22

Mark's answer is correct, but in my opinion is not clear enough. Let's make it a bit simpler:

Is it possible that the geomagnetic field reversal led to the extinction of Dinosaurs?

The cause for the K-Pg extinction event (in which many living species, including dinosaurs, died) is well known: volcanic eruptions (the Deccan Traps) and an impact (Chicxulub). It's still debated which one contributed more to the event, or whether one is the result of the other, but that's not the point. It's not related to magnetism.

In fact, all big five extinction events in Earth's history are well linked to increased volcanic activity (including the Siberian Traps at the time of the largest extinction, the P-T extinction event aka the "great dying").

On the other hand, magnetic reversals happen all the time. Yet, there are no extinctions related to them. Your question also lists several incorrect assumptions:

Incorrect: Geomagnetic reversals have no effect on whether we are bombarded by meteors or not.

Incorrect: Geomagnetic reversals are not linked to raised volcanic or tectonic activity.

These are recent magnetic epochs from the Pleistocene, only a few million years ago. Thus unrelated to the K-Pg extinction event (or any event for that matter).

It's a commonly-proposed theory that geomagnetic reversals cause extinction events, but there's no evidence for it. There aren't enough mass extinction events for any sort of statistical analysis, and there are a number of geologic processes that can give the illusion of simultaneous reversal and extinction. In particular, an erosion event can erase both the actual extinction event and the actual time of reversal, leaving them apparently both happening at the same time.

Further complicating things is the low resolution of the historic timeline, compared to the short duration of reversal events. As an example, the timing of the extinction of the dinosaurs is known to, at best, a few tens of thousands of years, yet a reversal can take only a few hundred years. Two events that look simultaneous (such as an extinction and a reversal) can actually be separated by thousands of years.

In the specific case of the dinosaurs, there doesn't appear to be evidence of a reversal at the time of extinction.

Not the answer you're looking for? Browse other questions tagged geomagnetism mass-extinction or ask your own question.

16
Did the impact event that caused the Chicxulub-Crater definitively and single-handedly cause the Cretaceous-Paleogene extinction?
10
Is the Younger Dryas associated with an extinction event?
10
Did a gamma ray burst contribute to the Ordovician mass extinction?
3
How probable is is that earth magnetic field will change 180 degrees at once?
6
Why are pole reversals not more detrimental to life?
10
What is the nature of the “unexpected geomagnetic pulse that took place beneath South America in 2016”?
3
Derivation of Geomagnetic field lines (after interaction with solar wind)