What are these radial line patterns shown in representations of antarctica?

In the video of the recent Iridium-6/GRACE-FO launch at about T+ 33:00 (curently at 49:00 in the video) the 2nd stage passes over Antarctica and this is shown in the animation.

I noticed a strange pattern of radial lines drawn on Antarctica, presumably near the South Pole. I remembered seeing these before and assumed them to be some kind of graphics glitch, until I saw something similar in the BBC News article Giant canyons discovered in Antarctica.

Are the patterns in the two images related, and what do they mean? 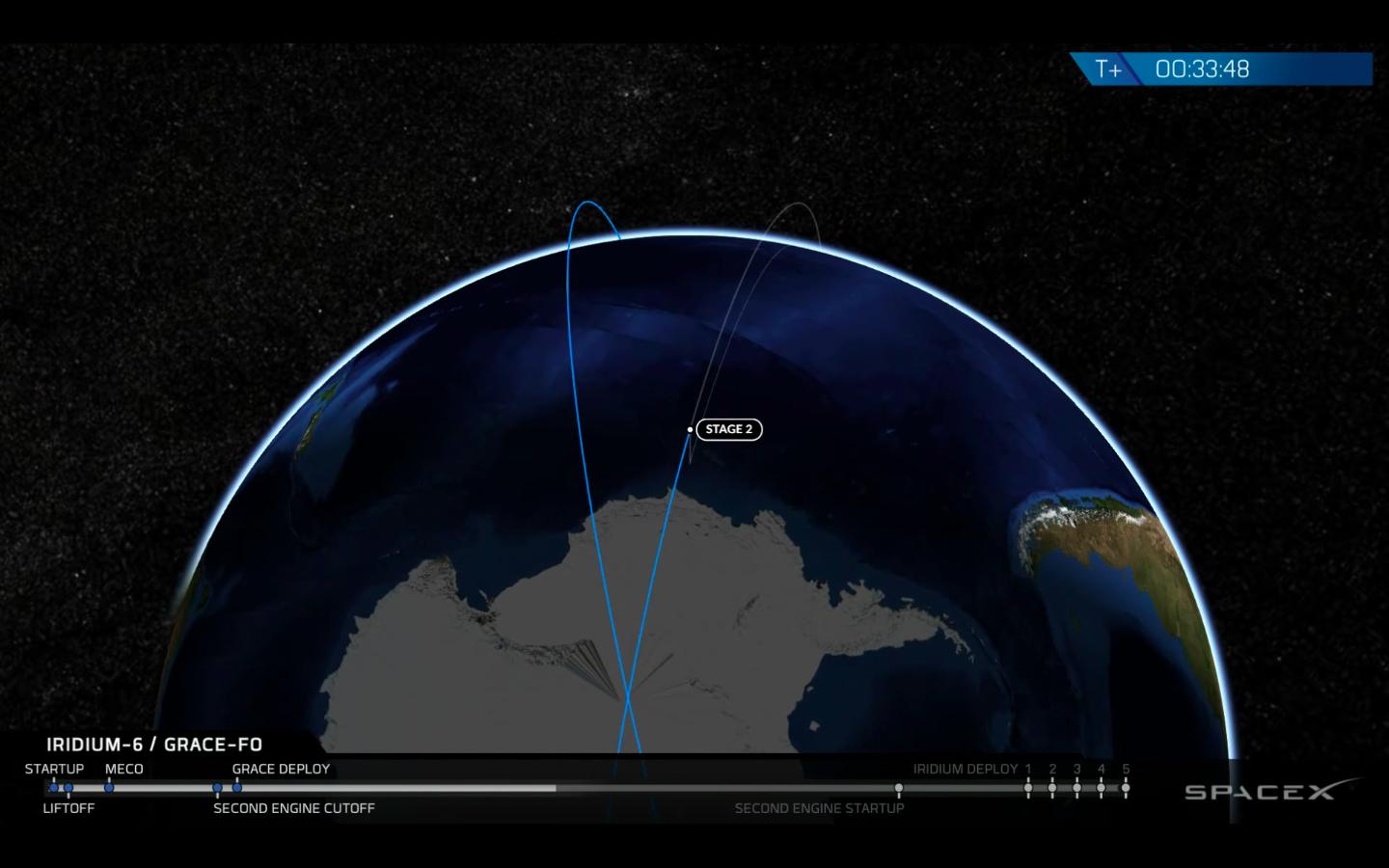 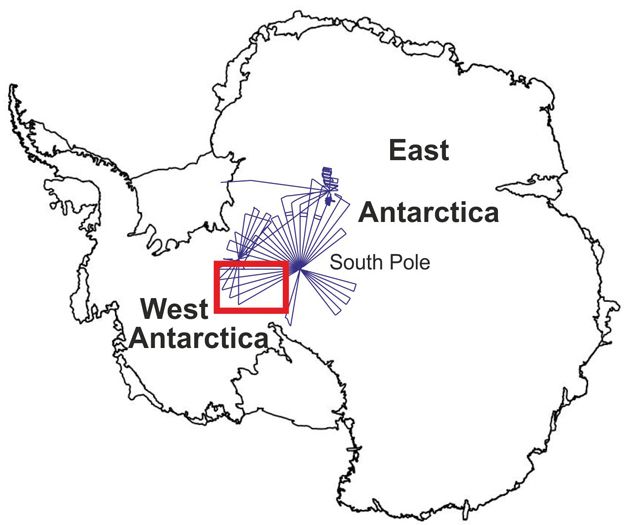 I can't be sure, but I strongly suspect that the radial lines in the first two images are the result of a bug in the software used to draw the map, probably resulting from vector polygons that are described in an inappropriate coordinate system going around, or too close to, the south pole.

It's impossible to guess at the meaning of the blue lines in the third image without any caption or context, but from referring back to your link for the article that you took it from, my guess would be that the lines show the tracks of the flights that gathered the data.

No, they are not related to each other.