What is this white rock with orange section I found in Ireland? [closed]

Northern Ireland just south of Bangor on the North Down coast. 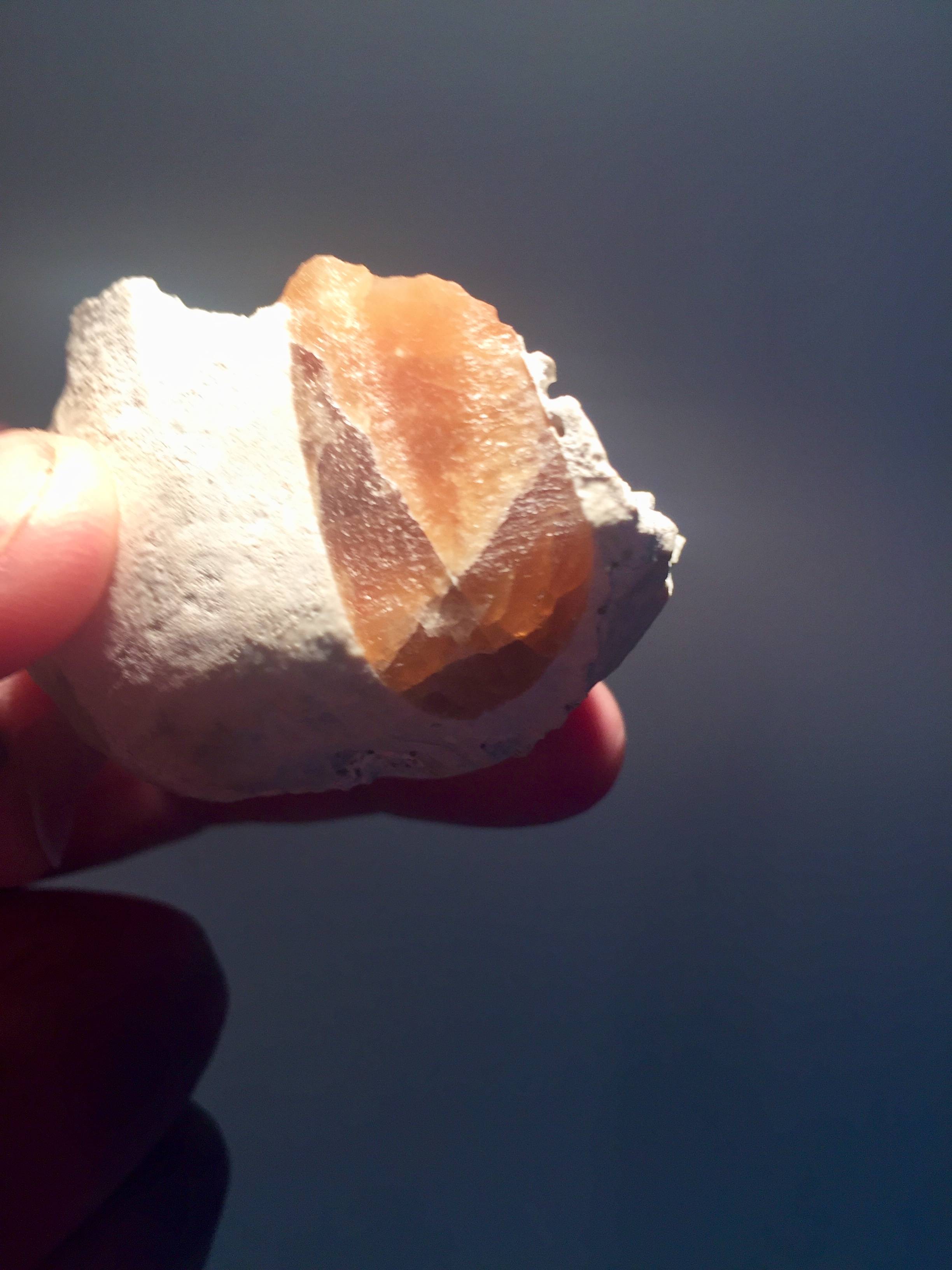 Since it seems like the OP isn't going to reply to my requests for information I'll take a stab at this based on what I can see.

The white rock has a pitted and slightly dusty appearance that looks very much like chalk to me. The BGS description for the Ulster White Limestone which lies nearby shows that it contains chalk:

As for the orange crystal embedded within the chalk, it looks like it is a nodule that has grown in the chalk because it has rounded edges and seems to radiate out from a central point. I'm not really an expert on this type of thing but my best speculation is halite (which is very easy to test just by licking it!). Someone will probably come along and correct me though. This paper suggests that diagenesis involved marine fluids so I guess halite is an option, though it doesn't mention it there.

Spessartite garnet can be easily identified since its high in iron content making it magnetically susceptable.use a neodynium to find out. I have to say that the source is metamorphic for this type of gemstone. I have similar examples of spessartite in the parent rock but not as large as yours. It looks gemmy which if faceted correctly could make it worth a good sum.

Edited 02/06 Currently, our guess is the rock and the mineral are both sedimentary.

The orange color of the mineral makes think that the mineral could be spessartine, a Mn-rich mineral of garnets group.

There is another brown/orange mineral called zircon. It is found in several magmatic environments. Zircon is a hard an persistent mineral that is also found on sedimentary deposits.

We all think about the orange mineral, and question about the rock that contains it has interest for the identification

The geology of the zone, and the place where it was found can clarify the origin of the mineral: 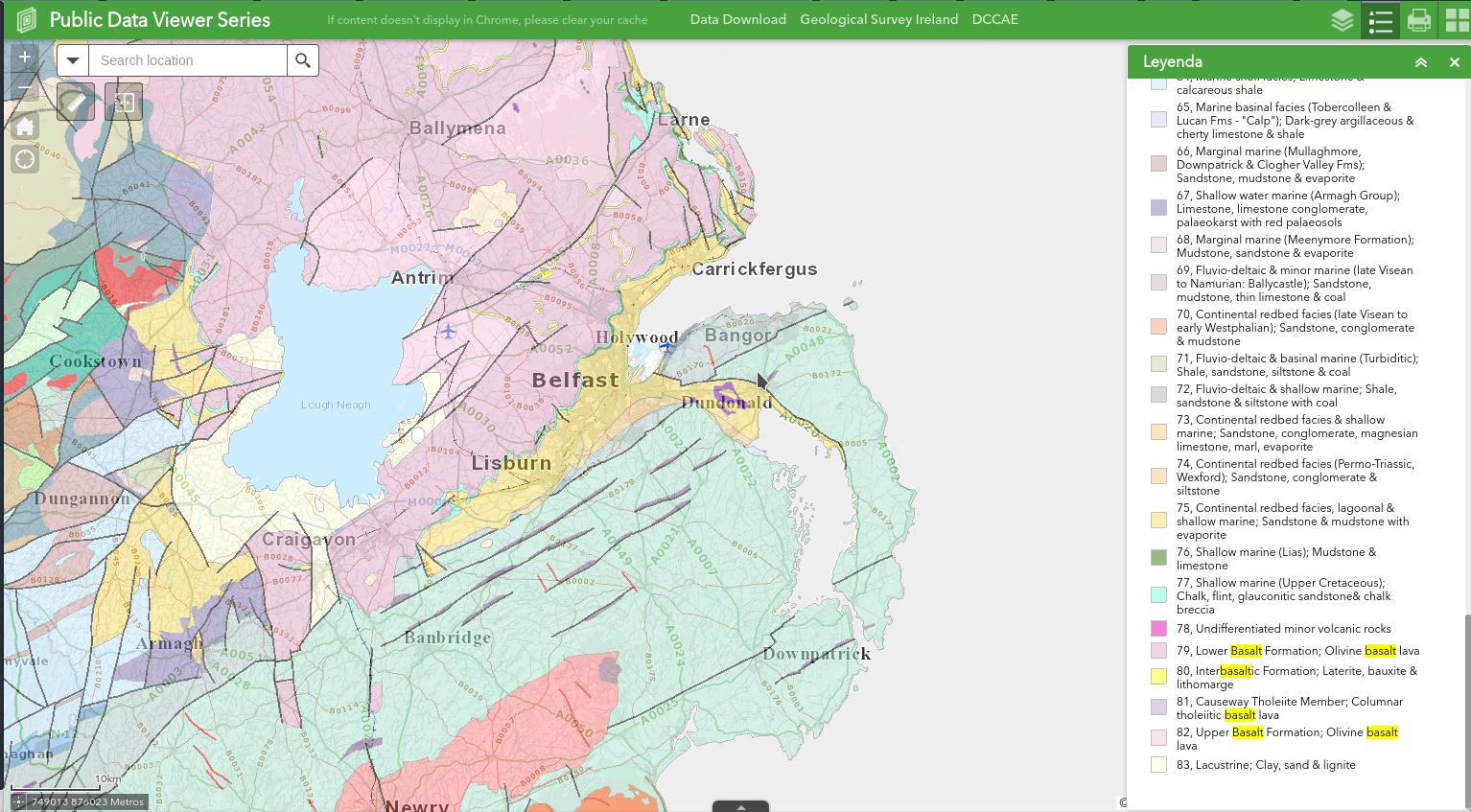 Andy comments that he found it at the south of Bangor, on the coast. Green unit corresponds with Gala group, Silurian turbidites. Probably that piece would have not survive to turbidite currents, but there is a sugests it migth be a diagenetic carbonate nodule.

The zone of yellow color corresponds, if I am not wrong, with Permian basement that does not reach the metamorphism.

What I bet is the white rock is a rhyolite,and comes from Paleogen Tardree Rhyolite Complex. 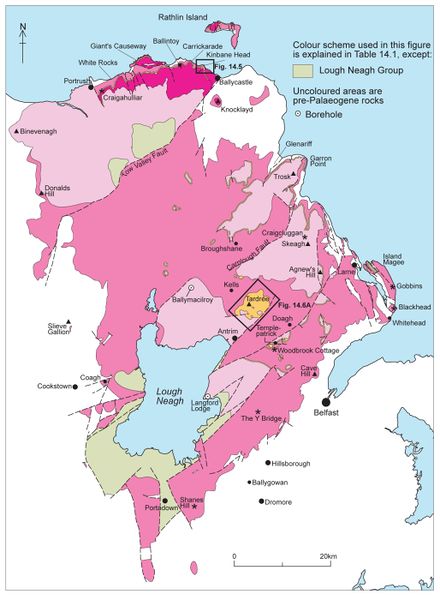 If this piece was found at the coast, it migth be formed in recent Tertiary rhyolitic lavas, and a river transported it to the coast.

Anyhow, I will need to confirm the white rock is a rhyolite to validate my hypothesis.