I have soil moisture data from Regional Climate Models expressed in $kg/m^2$. Τhis quantity is the total soil moisture that is estimated for the land column. The depth of this column is dependent on the land surface model that was used.

The other answers are correct that you need to know the soil depth to convert from mass units (kg m-2) to volumetric units (m3 m-3). However, when comparing these variables you should also be aware that satellite soil moisture is typically measured only over the top few centimetres of soil. Total column soil moisture from a climate model will typically be the sum over several metres, so the dynamics of these two variables are likely to be quite different (contrast the red and light blue lines in the upper plot).

It's more common to compare satellite data with top-layer soil moisture and even then to normalize each dataset in some way, e.g,

or as normalised anomalies,

I've used the latter to normalize the lower plot. Normalization gets around the units problem, but doesn't get around the fact that you're comparing physically different quantities. 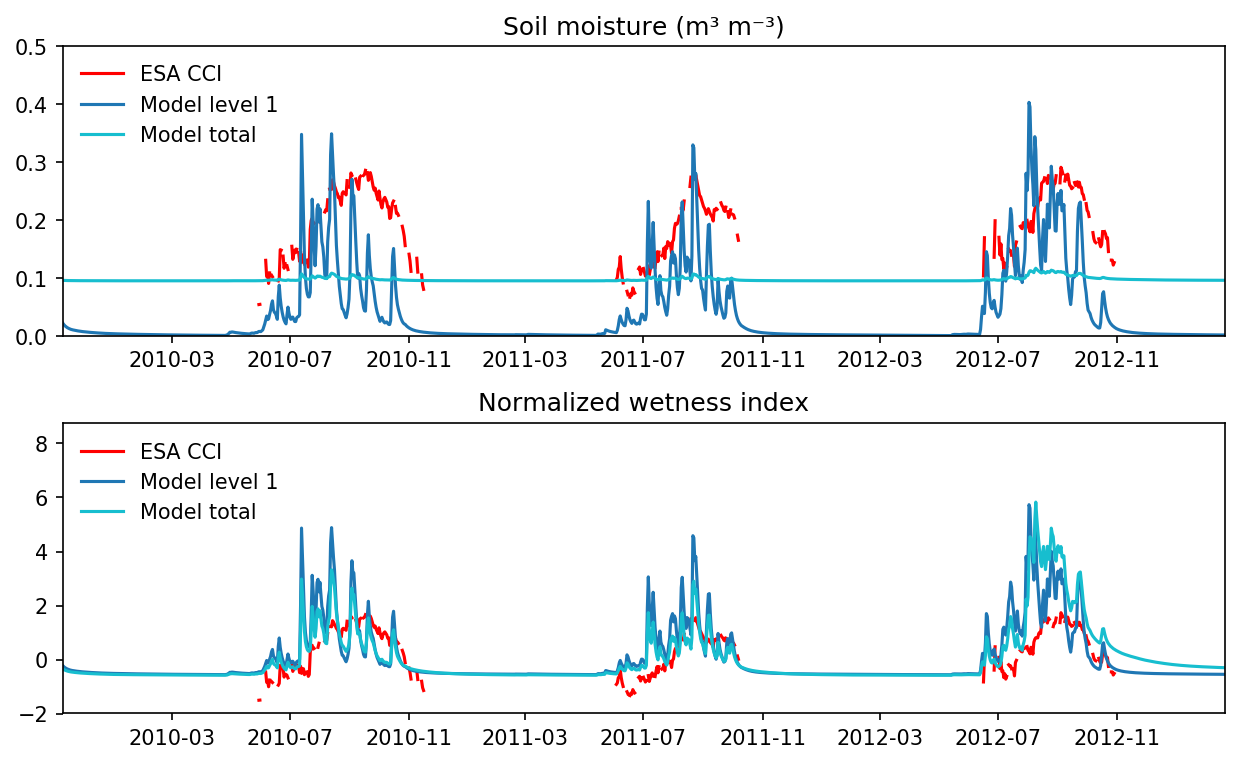 Not one that I can immediately see, in order to derive a per cubic metre figure (m3) you need to know how many cubes of soil you have in a given column unit, that requires the depth of the unit in question.

Not the answer you're looking for? Browse other questions tagged soil-moisture or ask your own question.

5
How to convert soil moisture units from meteorological model?